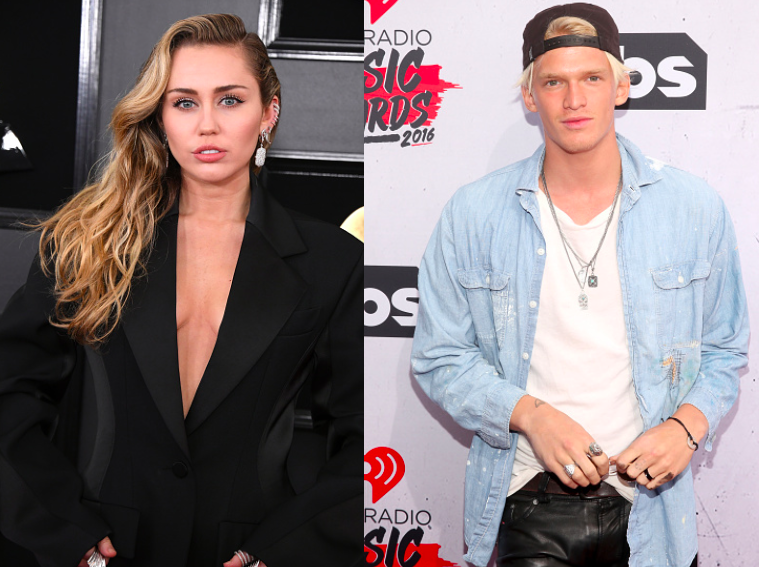 Miley confirmed their breakup on Thursday, saying they need "to work on" themselves during their time apart.

"So today, it came out that me and my boyfriend have broken up," she said.

"Two halves just can't make a whole and we're individually working on outselves to become the people that we wanna be, like everybody else at this age."

Days just before news of their breakup surfaced, the 23-year-old singer-songwriter posted an Instagram Story with a picture of him and Miley and the words, "in love with my best friend."

Sources told the tabloid that the former couple has broken up within the last few weeks, and the real reason for their split was undetermined.

It was previously revealed that Miley and Cody first became friends in 2015, but their romance just evolved and shortly became one of Hollywood's hottest couples.

Miley Cyrus and Cody Simpson frequently posted pictures of them on Instagram. Fans were jealous of their raunchy photos, their flirty exchanges, and of course, fun TikTok videos.

In November, the "Not Just You" hitmaker was there for Miley when she underwent vocal cord surgery.

They even got matching tattoos in March, which was supposed to cement their relationship.

Cody was also there to be a support system for the "Can't Be Tamed" hitmaker during a rocky period in her life.

A source told People in July, "He is very much into clean, healthy living and supports her sobriety."

Perhaps Miley Cyrus won't have to wallow because she is out busy promoting her song, "Midnight Sky."

She also posted an Instagram photo with the cryptic lyrics that says, "Forever and ever no more. Head high up in the clouds."

A podcast she was recently a guest at revealed some secrets about her relationship to Cody Simpson and Liam Hemsworth.

The podcast was aired just in the middle of the news that she and Cody have broken up.

Miley went on the "Call Her Daddy" podcast and spoke to Alex Cooper.

Some of the sexy secrets Miley spilled was about Liam, saying, "I didn't go all the way with a dude until I was 16. But I ended up marrying the guy."

The "Wrecking Ball" singer also hinted about a "lie that I held onto for ten years," which could be about Liam because that's the number of years they have been together if their breakups aren't counted.

Just before she and Cody became official, she was first said to be dating Kaitlynn Carter. But other girls came to Miley's life.

On "Call Her Daddy," she spoke about her image and shared that she once hooked up with two girls before getting together with Liam Hemsworth.

In terms of intercourse acts, she revealed that she recently gave an oral, but "it wasn't as much fun as I thought it would be."