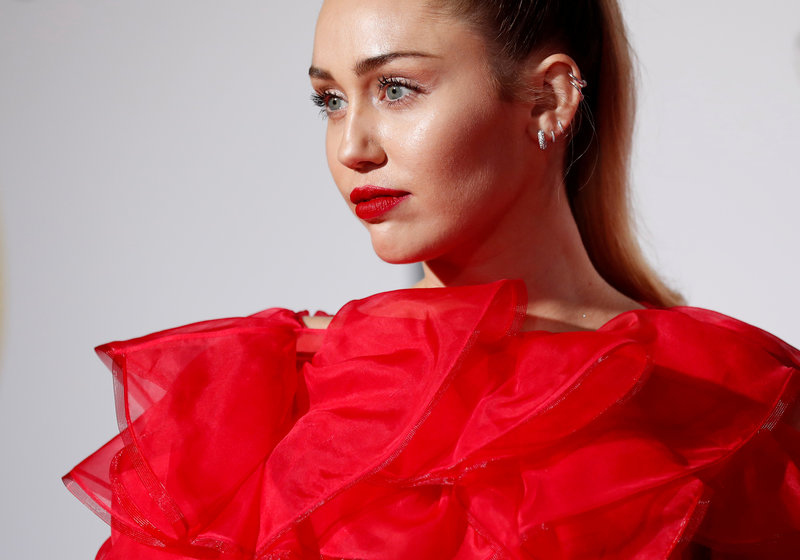 Miley Cyrus and Cody Simpson have broken up so suddenly - just days after their love was clearly expressed, fans were left reeling. Why did the two split?

Miley Cyrus' new song just might have the exact answer. Could it possibly be because Miley Cyrus was already starting to feel suffocated? As a free spirit, something all her fans know, the last thing she would ever want, is to be bogged down or controlled by another, regardless if she loves this person or not.

Shortly after she and Liam Hemsworth divorced, and a brief relationship with Kaitlynn Carter, she and Cody Simpson got into a relationship. Dating exclusively for nearly a year, there were really no hints of them fighting. But here they are - broken up.

On the same day, it was reported that the two had gone their separate ways, the pop diva released an empowering song with lyrics that could hint why she and Cody are no longer together. Of course, fans can only be speculating. These lyrics may only meant to empower other women and have nothing to do with her breakup with Cody, but the opposite might be true as well.

Some of the lyrics are "I was born to run, I don't belong to anyone/ Oh no, I don't need to be loved by you." The song is entitled "Midnight Sky."

Given Miley Cyrus' track record for singing what she feels, people are quite sure that these lyrics are born from Cody doing something to her that she did not like. One can remember a song of hers coming out too when news broke out about her and her ex-husband going their separate ways.

Miley Cyrus is one step ahead of her fans, though. She knows fans will keep speculating about her relationship after she announced it that Cody Simpson is no longer part of her life. She said people certainly do not need to make a big drama story about her and Cody, more so when they one day saw them together again, out to casually catch up and nothing else.

In her Instagram Live Chat with fans, designed to lead up to Thursday's "Midnight Sky" premiere, Cyrus confirmed the breakup rumors. She explained that neither of them is truly whole, so being together can truly hinder them from being who they truly want to be.

"For right now, two halves can't make a whole, and we're individually just working on ourselves to become the people that we want to be," Miley admitted to her fans.

The lyrics might hint otherwise, but Miley told her fans on the IG live that she and Cody are still friends. Despite now being exes, they are not holding grudges. There is no bad blood betwee them and certainly not impossible for them to still hang out as friends. After all, they had been friends for a decade before they decided to enter into a relationship.

"Don't make it some drama story if next week we're out hanging out or getting pizza," she said. "We've been friends for 10 years, and we're going to continue to be friends. So, just don't make it something that it is not."