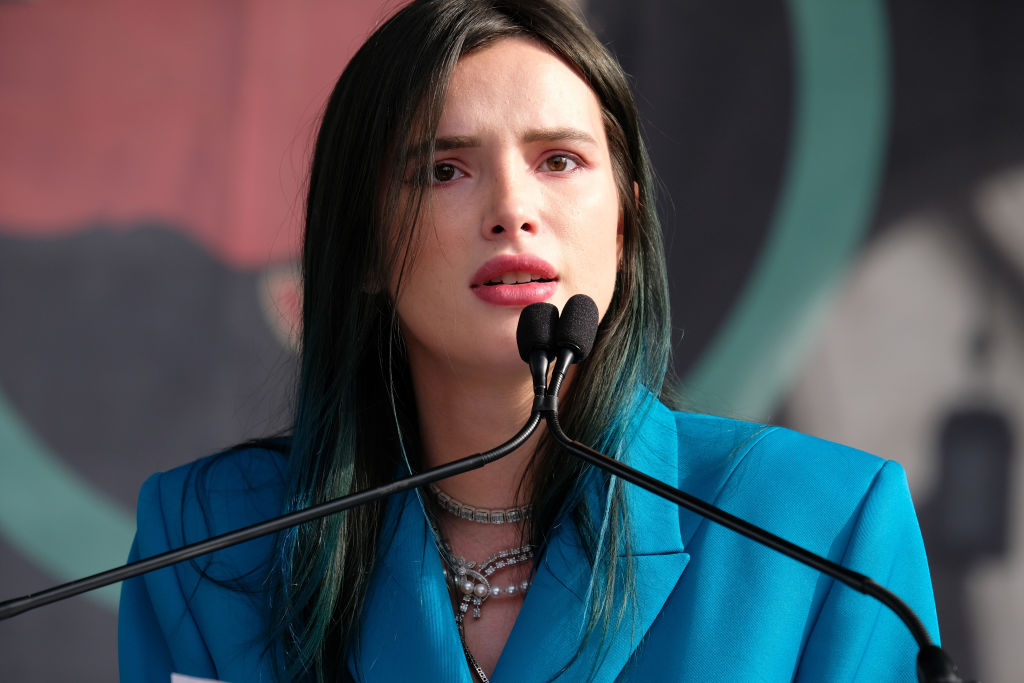 Following her successful debut in X-rated content platform OnlyFans, Bella Thorne made a public apology after she was criticized for the policy changes made on the adult site.

The London-based platform is an explicit subscription-only site that allows creators to earn money in exchange for exclusive content, such as nude photos and other adult-only posts.

Thorne made headlines after joining the NSFW site earlier this month, as she reportedly raked in more than $2 million in a week.

In addition, she was also the first OnlyFans creator to earn $1 million in just 24 hours by charging her fans $20 a month for a subscription fee.

Unfortunately, this sparked outrage with other content creators and sex workers after the adult platform set a new policy stating that no content creator can charge over $50 for pay-per-view content and that no subscriber can tip more than $100.

It came after a screenshot went viral suggesting that the 22-year old actress scammed its fans by offering $200 for a nude photo, but instead, the Thorne sent a non-nude content.

Following the backlash, the "Midnight Sun" actress took to social media to address the issue.

The former Disney star continued and mentioned that she's "truly sorry" for the trouble that she might have caused.

"I am a mainstream face and when you have a voice, a platform, you try to use ... in helping others and advocate for something bigger than yourself. Again in this process, I hurt you, and for that, I'm truly sorry," she wrote.

However, fans are not convinced with her apology and demanded Thorne to "donate" her earnings to the sex workers.

"Bella Thorne has issued an apology" i dont give a fuck what she has to say. Donate your stolen millions to the sex workers that will be without rent/food/etc money because of you. God, i'm so tired," one user posted.

On the other hand, OnlyFans mentioned in a statement to NBC News that their new policy was not based on one user alone, but the changes are made to allow subscribers to use the platform "safely."

"Transaction limits are set to help prevent overspending and to allow our users to continue to use the site safely. We value all of the feedback received since this change was implemented, and we will continue to review these limits."