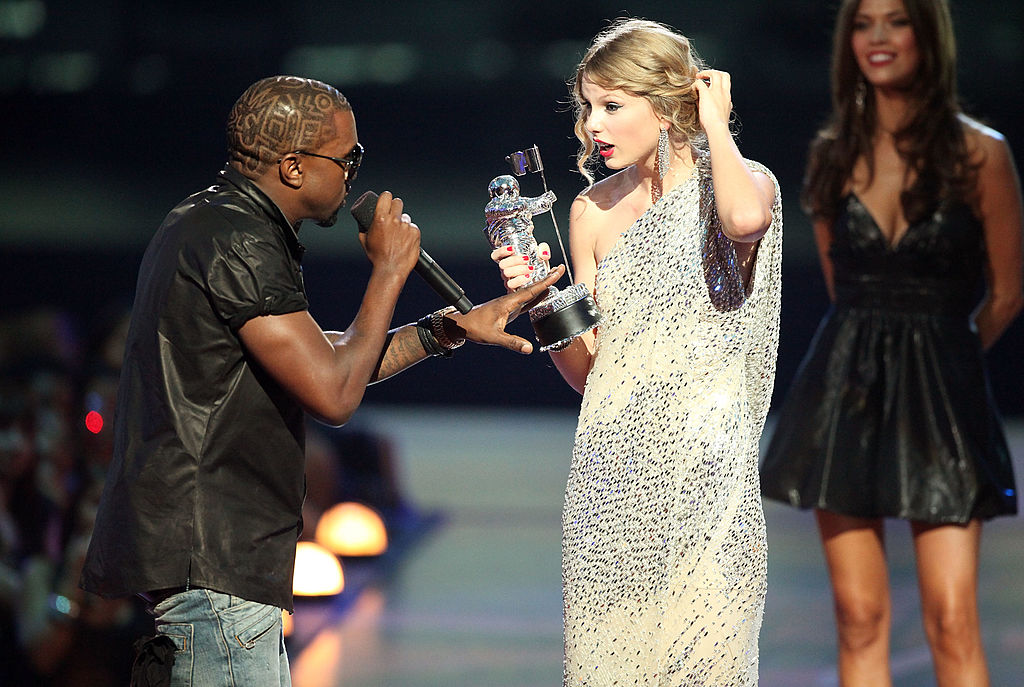 After eleven long years, Kanye West is now setting the record straight on what made him decided to cut off Taylor Swift's speech during the 2009 MTV Video Music Awards (VMAs).

More than a decade ago when Taylor Swift was just starting her career in the music industry, the country singer was recognized for her hit song, "You Belong With Me." The then 19-year-old newbie won the Best Female Video beating other senior artists.

During her acceptance speech, Taylor was interrupted by rapper Kanye West, who stole the microphone and told her that Beyonce's hit song "Single Ladies" deserves the award more than she does.

That historical VMAs moment started Kanye and Taylor's long-term feud, which was reignited in 2016 when the rapper called Taylor a b*tch in his single "Famous." Taylor Swift said that she never consented Kanye to use her name on the song, prompting the rapper's wife, Kim Kardashian to release footage she secretly recorded while both artists are in a phone conversation.

Earlier this year, the Taylor-KimYe feud once again reignited after the extended version of Kim's video resurfaced on the internet. The leaked video showed that Taylor was telling the truth that while she agreed using her name for the song, she never consented Kanye to call her a b*tch.

In a recent interview, the 43-year-old rapper who is also running for the presidency in November 2020 finally broke his silence and revealed why he did such a disrespectful stunt on Taylor Swift.

Speaking to "Cannon's Class" podcast on Tuesday, Kanye said that his action during the 2009 VMAs was because of God's will.

"If God ain't want me to run on stage and say Beyoncé had the best video, he wouldn't have sat me in the front row. I would've been sitting in the back," he added.

The "Yeezy" founder believes that his actions were not so ridiculous as he had never heard of Taylor before. He stood firm with his decision that "Single Ladies," is one of the greatest videos of all time and appears not to regret the shameful VMAs moment.

"And I was only drinking Hennessy because I didn't want to go to the awards show because it was a set-up," Kanye continued.

While the rapper claims that God influenced him to interrupt Taylor's speech in 2009, he admits that he only started reading the Bible in 2016 when he was hospitalized for psychiatric observation and psychosis treatment.

"God brought me to my knees multiple times. The first time that I was put into the hospital in 2016, I actually started reading the Bible. That was part of what God hit me with. You know, God has a calling on all of us, and he uses us in different ways," Kanye said.