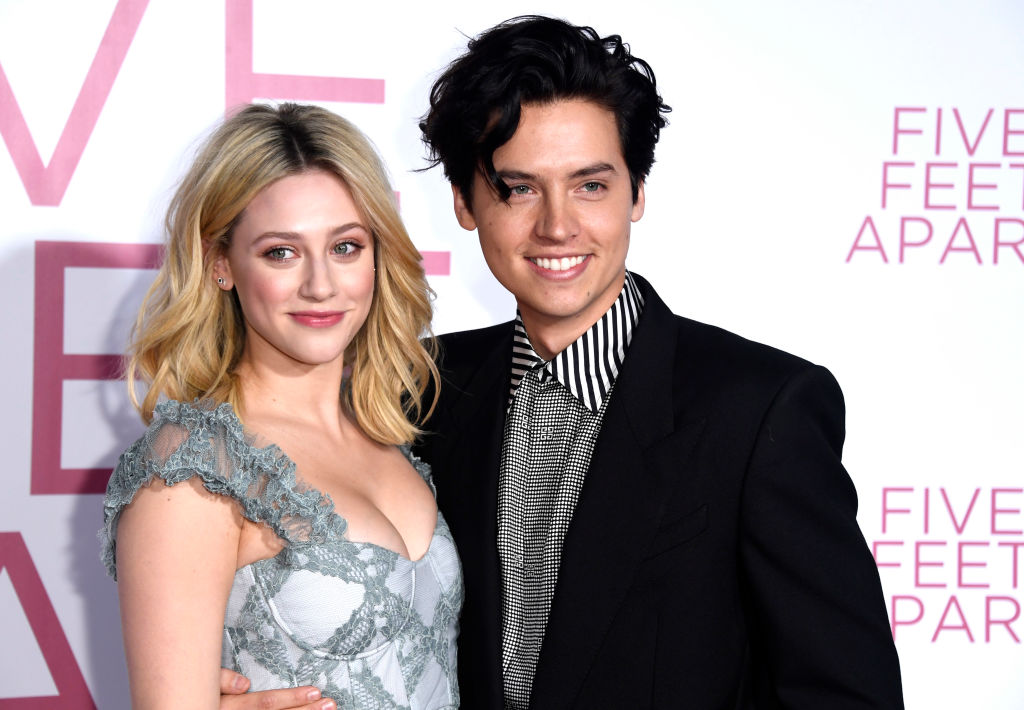 Lili Reinhart is to be back on the set of "Riverdale," along with Cole Sprouse, KJ Apa, Camila Mendes and more, months after production halted because of the spread of the coronavirus.

The 23-year-old blonde beauty has expressed feeling "like a prisoner" as she lands in Vancouver, Canada to film the popular series.

According to her Nylon interview, Reinhart isn't happy about being back in the north border because she will not be able to leave Canada in time for November. Which also means she would miss visiting her family for Thanksgiving.

"I genuinely feel like a prisoner going back to work because I cannot leave Canada. That doesn't feel good. No one can come visit you unless they quarantine for two weeks," she added, "It just feels f-----d."

The actress has also lamented having to fit into a prom dress she wore in a previous episode just before filming was put on hold because she thinks she gained a few pounds during the pandemic.

"We stopped during the prom episode, so I have to fit back in that prom dress. Five months later, we're all going to be tan, maybe a little thicker. I certainly am."

However, despite feeling negatively about the situation, Lili Reinhart acknowledged the fact that she is still lucky to have the show to return to, unlike other people who have lost their jobs because of the coronavirus pandemic.

The "Chemical Hearts" actress is expected to finish the last three episodes of the fourth season before they immediately start filming for the fifth season which is said to take place seven years into the future.

Just before they started production, Lili Reinhart, Cole Sprouse, and the rest of the gang, were required to quarantine separately for fourteen days and once they start filming, they'll be working until after Christmas holidays.

The "Husters" star has also opened up about her battle with mental health, especially depression and anxiety, describing feeling "very lost" when the COVID-19 arose.

"I felt very sad and hopeless because of personal things that were happening in my life."

Reinhart further said, "Instead of distracting myself, f------g random people and doing drugs and drinking my problems away, I chose the harder route which was not to distract myself."

In June, Lili Reinhart revealed that she was bisexual. The actress didn't date girls "until right now" but has been with a girl when she was eighteen years old.

When asked why it took her long to come out, she said, "I didn't want to come out and talk about it because I felt that bisexuality was becoming a trend among celebrities."

However, she said she has been an ally of the LGBTQ community since she was a teenager.

Just before coming out, Lili Reinhart and her long-time boyfriend and "Riverdale" co-star Cole Sprouse has split, eight months after reuniting.

The former couple have had an on-again, off-again relationship.

Speculation swirled in early May that they have already gone their separate ways after their co-star Skeet Ulrich said on his Instagram Live, "I think they were a very cute couple. They're both beautiful people."

The "Suite Life" life star revealed that they got back together in January and decided to breakup permanently in March of this year.

In August, Cole Sprouse has finally discussed his breakup to Lili Reinhart, saying in an Instagram post,"I wish her nothing but the utmost love and happiness moving forward."