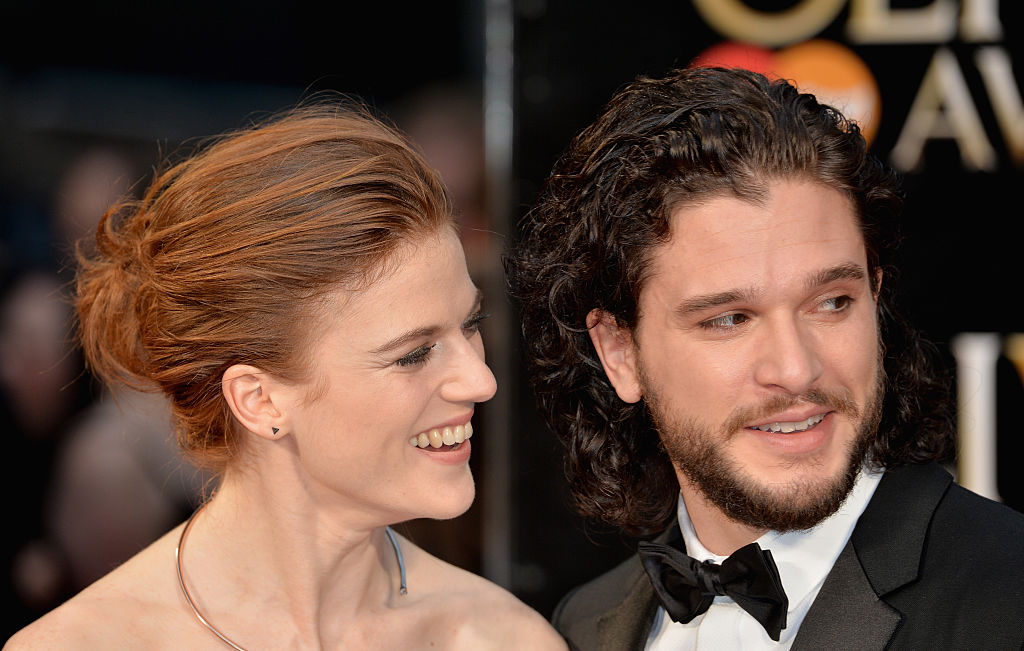 On and off-screen couple Kit Harington and Rose Leslie just joined the list of celebrity couples getting pregnant in the middle of a global pandemic. The Scottish actress recently confirmed the good news in an interview with the United Kingdom's "Make Magazine."

In the said cover story, the 33-year-old star of the hit HBO series "Game of Thrones" gave fans a glimpse of her growing baby bump.

Rose looks like she is enjoying the pregnancy while donning a Stella McCartney floor-length silk dress. Even the magazine's fashion director, Ursula Lake, could not help but gush over the beautiful expecting mom.

"So wonderful working with the beautiful Rose Leslie for the cover story of @make_magazineuk out now!" Ursula wrote on Instagram alongside Leslie's baby bump debut photo.

"A very special all-woman team photographic shoot capturing Rose at this wonderful time as she prepares for motherhood for the first time!" the fashion director added.

View this post on Instagram
So wonderful working with the beautiful Rose Leslie for the cover story of @make_magazineuk out now! A very special all woman team photographic shoot capturing Rose at this wonderful time as she prepares for motherhood for the first time! My team were: @billiescheepersphotography @liztaw doing beautiful hair and @justinejenkins wonderful makeup. Rose wears @stellamccartney. Huge thanks to @vrwpublicity for organising the shoot and to Hannah Rand for her interview. #roseleslie #makemagazine #rose #portraitphotography #portrait #interview #covershoot #cover #stellamccartney A post shared by  Ursula Lake (@ursula_lake) on Sep 26, 2020 at 8:38am PDT

Meanwhile, die-hard GOT fans could not help but rejoice about the baby news and flooded their congratulatory message on Twitter.

"Rose Leslie is pregnant. Kit Harrington is gonna be a dad. She's so damn beautiful. This is the ending their characters deserved," one Twitter user wrote.

"If it's a boy, I hope to god that they name him Jon," another one added.

While the famous Ygritte portrayer did not reveal details about her pregnancy, such as the gender of the unborn baby, her due, and how she and Kit found out about the pregnancy, Rose Leslie did open up about how married life has been so far.

Rose married the 33-year-old actor famous for his character as Jon Snow in June 2018 in a private ceremony at Wardhill Castle, her family's estate in Aberdeen, Scotland. Since then, the couple has settled into their new home in the countryside.

"It's a great privilege to be surrounded by greenery, birdsong and hedgerows, and our delightful neighbors. It's so peaceful," Rose said, adding the house in East Anglia, England, could be described as something that Jon Snow built.

"It's incredibly old. "We have a thatched roof, which currently has an enormous hornet's nest in it. I do love to think about the house and all the people who have lived there. Were they happy, how did they live? All the families passing under those ancient beams," Rose explained.

While being pregnant during quarantine could give Rose much time to chill out and enjoy her pregnancy, the actress revealed that she's been at work during the past few months.

"I feel really fortunate to be able to say that I am working, given the current situation when so many people in our industry can't work," Rose said.

The actress discussed her work ethic, saying that work is not something people should take for granted.

"You never lose that niggle of worrying where the next job is coming from. That feeling never leaves. The fact I have a job at the moment is very lucky. So, I'm very grateful for what I have now, and living day by day," she explained.