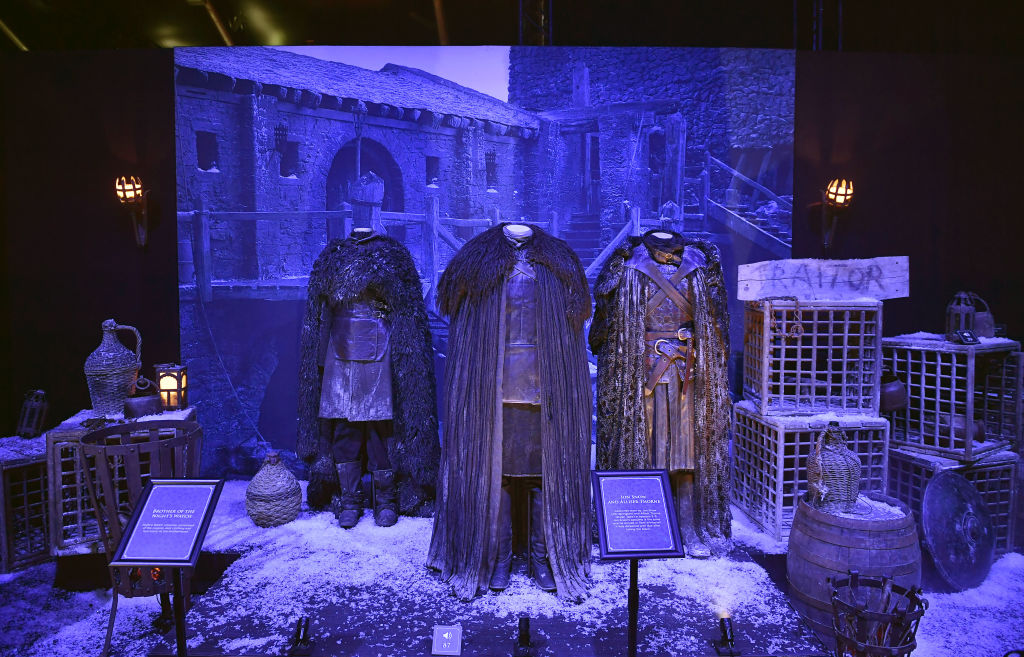 The mega-hit Game of Thrones might have come to an end, but for years to come, the expansive fantasy series will remain a talking point. David Benioff and DB Showrunners Through exposing the deceptive methods they used to persuade HBO to adapt the best-selling books, Weiss turned heads once again.

George R.R. Martin's grand-scale fantasy series was brought to a contentious end last year by the eighth and final Game of Thrones season.

Many viewers and analysts were frustrated with showrunners David Benioff and DB, despite years of build-up. In the later installments, Weiss' fast and clumsy attempts.

The small screen could never be graced again by legendary characters, including Jon Snow (played by Kit Harington) and Daenerys Targaryen (Emilia Clarke).

However, some surprising new knowledge from Benioff and Weiss has shown the heroes and villains of Game of Thrones' Westeros could never have the chance to have their live-action equivalents in the first place.

It was never going to be an easy feat to adapt Martin's vast and still unfinished sequence of novels. Yet, Thrones' popularity revealed that TV audiences were hungry for an adult drama set in a fantasy world in the Lord of the Rings format.

Lies? What are those?

Unfortunately, Game of Thrones' bosses revealed that HBO required a lot of pressure from the US TV network to provide the go-ahead to what must have been a rather dangerous venture at the time.

The writers acknowledged that they had to change the facts when describing Martin's daunting tomes' subject matter, outlining the selling phase in the latest book, Fire Cannot Kill a Dragon.

"The lie we told was that the show was 'contained' and it was about the characters," David Benioff revealed.

Although the machinations and interpersonal struggles of the numerous families of the Seven Kingdoms make up the majority of the show, Thrones soon became a massive undertaking as later seasons discussed the large-budget set pieces and the intimidating roster of diverse characters.

Not to mention producers used state-of-the-art visual effects in the Game of Thrones to carry the famous places and amazing monsters of Westeros to existence.

Fortunately, the cast and crew managed seamlessly to carry off the look of Martin's dream universe.

Though, it's no wonder that HBO's execs have been intimidated by the series' 1000 page novels and too costly development demands.

Besides, executives were also more nervous that the show will appear on Rome's coattails, an infamously costly and short-lived historical drama.

They used some quick thinking to trick the network into assuming that adapting Game of Thrones would be both easy and profitable, Benioff and Weiss announced.

Weiss continued: "We realized that most of the decision-makers were not going to read 4,000 pages [of Martin's books] to get to the [major battles] and the dragons getting bigger." When it was too late, we were betting on them not finding out.

Shall we trust the producers?

Since the TV series is a mega success, Martin's long series scared off even the most significant readers inside Thrones' fandom.

Not only does each book run up to 700 words, but to this day, fans are also waiting for the imminent sixth novel, The Winds of Winter.

The withdrawal of the showrunner from the books' expected storyline has been recognized as one of the key reasons leading to the more recent seasons' dissatisfaction.

BELFAST, NORTHERN IRELAND - APRIL 10: Costumes belonging to the character Jon Snow can be seen on display at the Game Of Thrones: The Touring Exhibition press launch at Titanic Exhibition Centre on April 10, 2019 in Belfast, Northern Ireland. Today sees the debut of the Game of Thrones: The Touring Exhibition which combines costumes, authentic props and majestic settings from all seven seasons of the television series including two never before seen sets, The Winterfell Crypt and Dragon Skull Pit ahead of season eight. (Photo by Charles McQuillan/Getty Images)