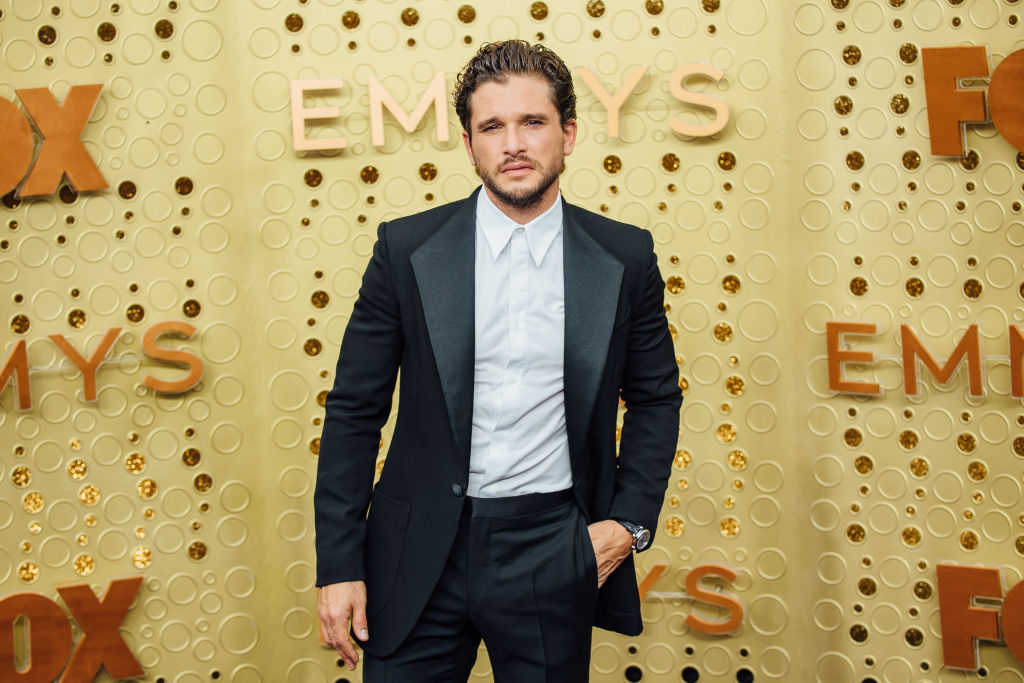 It's been almost a year since "Game of Thrones" aired it's last and final season, but it looks like the King in the North a.k.a Kit Harington is having some issues with his own "throne."

On Saturday, the actor famous for his role as Jon Snow in the hit HBO series was spotted out and about with his wife and fellow "Game of Thrones" star, Rose Leslie.

Based on the photos obtained by the "Daily Mail," the 33-year-old actor and his wife of two years went out for a walk with their dog and chose the streets of North London as their walkathon spot.

The famous actor could be seen wearing a fitted black shirt tucked under grey slacks, and a pair of white trainers. Harington was also following the COVID-19 protocols as he was spotted sporting a mustard face mask while his tan satchel bag hangs across his torso.

Meanwhile, Leslie looks chic as usual with her navy sundress on top of stripes top. She finishes off her laid-back look with a pair of Gucci "Ace" trainers, orange sunglasses, and a leather backpack.

But what seems like a casual day out with their beloved pet turned out as a major internet meme after Harington was caught in a slightly uncomfortable situation.

In some photos, Kit Harington was caught in an awkward position as he seems to have suffered a problem under his trousers.

Based on his facial expression, Harington was obviously struggling as he puts his right hand down his pants and appears to be fixing "something."

Although Harington's "underpants situation" remains unknown, the actor is fussing over some wardrobe malfunction or what could be some private part dilemma.

Eagle-eyes Twitter users are quick to suggest that the "Pompeii" actor has forgotten that he is a famous TV personality and "readjusting" his private part in public.

"I want to apply for a job of Kit Harington's p**is-adjuster. I cannot let my daddy struggle like that with his big package again," one fan wrote.

"My advice to men! especially when you have a name to protect! of course, but if a deadly insect or animal inside your trouser you should get it& attack it!:)Poor Kit Harington really. Bless him!" another one added.

Meanwhile, others called out the double-meaning Tweets and reactions to Harington's awkward photos and questioned the double-standard applied to celebrities.

"I've never understood this. If it wasn't Kit Harington, we'd be calling this person a pervert. Why is it suddenly okay when it's a celebrity?" a Twitter user wrote.

After ending the fantasy drama that ran for almost seven years, Harington has been out of the limelight and keeping a low-key life with his wife. The couple is probably enjoying their honeymoon stage and making the most of their time together.

Last June, Harington made headlines after deciding to chop off his signature "Jon Snow curls" and opted for a lockdown cut.