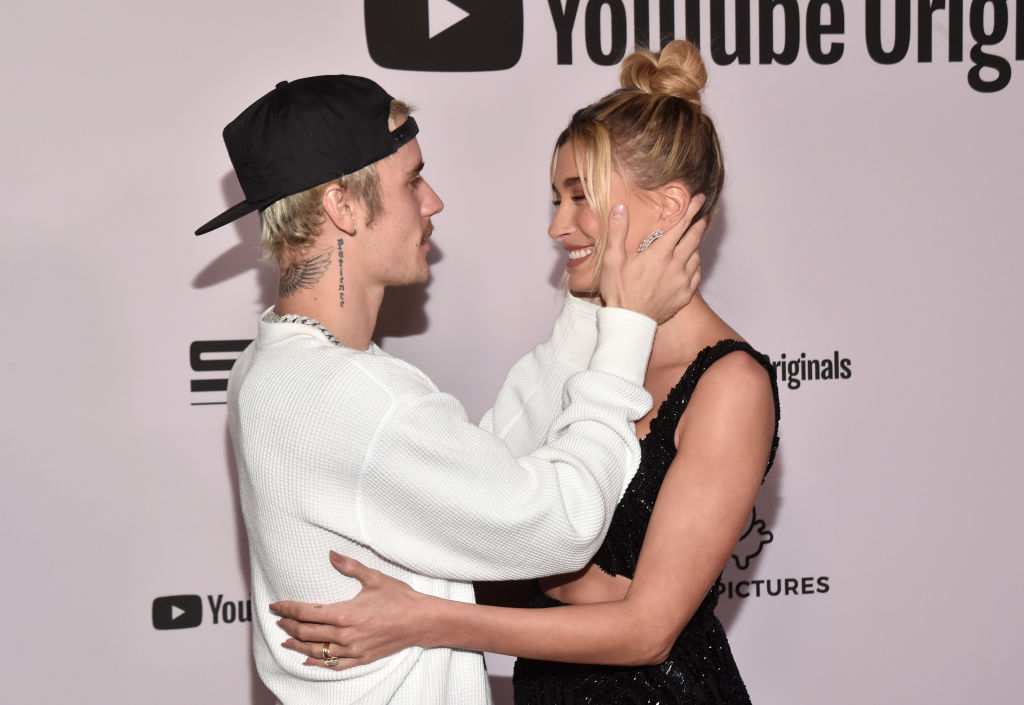 Hailey Baldwin is spilling the tea about her relationship with husband Justin Beiber.

The young couple got candid as they graced the October 2020 cover of Vogue Italia in celebration of their second wedding anniversary.

In a steamy bedroom shoot by the legendary photographer Helmut Newton, the blonde beauty can be seen donning an Yves Saint Laurent satin dark blue dress by Anthony Vaccarello, black killer heels and tights. She wrapped her leg around the Canadian crooner's thigh, while gazing deeply into his eyes.

On the other hand, the Grammy Award winner wore navy blue trousers, flaunting his sexy tattooed arms and torso as he looked in his wife's eyes while touching her chest.

In their interview, Hailey detailed her relationship with the "Yummy" hitmaker, now that they've reached another milestone in their marriage.

When asked about wanting to have kids in the future, Hailey revealed that she always has that goal in life. However, she hinted that she might dismiss the idea at the moment as they focus on each other's career.

"The strange thing is that I've always wanted to have children early, but now that I'm married, I feel less of an urge," she said. "I am an ambitious girl with many projects. It will happen, but not now."

On the other hand, Justin -- who recently released his new track "Holy" featuring Chance the Rapper -- shared the same sentiment and pointed out that they are still enjoying their honeymoon phase as husband and wife.

"We're still pretty newly married. I mean, we'll celebrate two years in September. We've just been enjoying our time together and getting to know each other deeper," he shared.

In 2018, news broke that the two officially tied a knot after they were photographed entering a private civil ceremony at a New York City courthouse. However, it was only in November when the Canadian singer-songwriter confirmed their marriage through an Instagram post, calling Hailey his "wife."

A year later, the power couple said "I Do" for the second time around in a lavish and star-studded traditional wedding ceremony in South Carolina.

The supermodel is no stranger to dating high-profile celebrities, but her romance with Justin is different. Everywhere they go, they are bombarded by paparazzi, wanting to get their every single move.

She then told the outlet that she found it difficult "to understand how to carry on a relationship" that is out in the open.

The 23-year-old cover girl dropped an instance where she avoided kissing him in public because people were always watching.

Later on, Hailey realized that she has to "embrace reality, and admit who you are."

"But I realized that it is a battle that in the long run, instead of protecting you, exhausts you. The fact is, we love each other. And there is really nothing to hide," Baldwin shared.