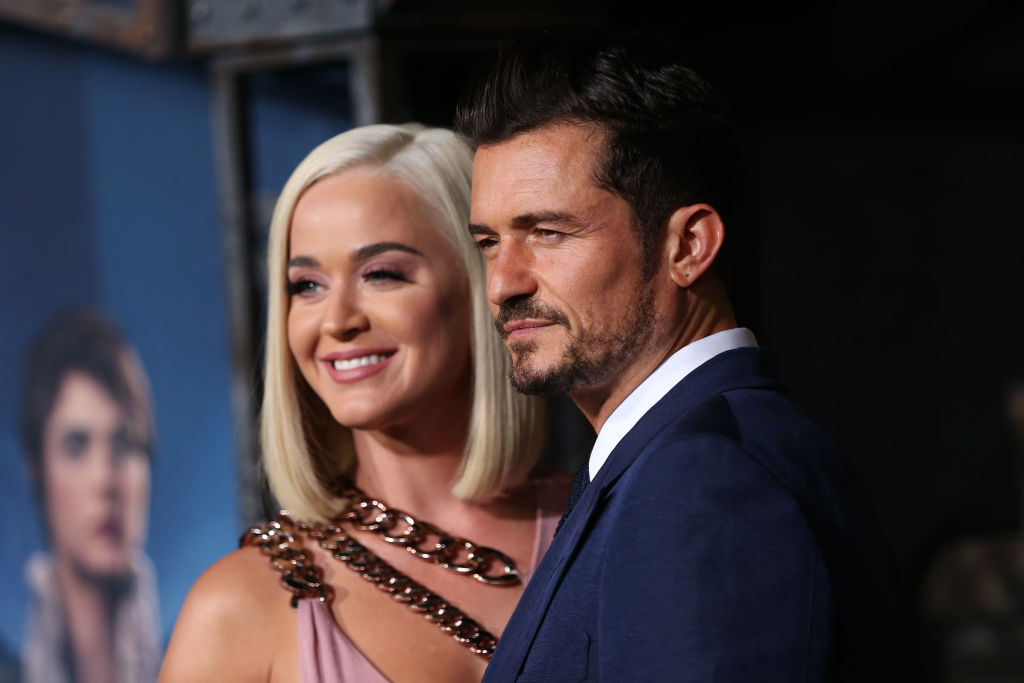 More than a month after Katy Perry gave birth to her and Orlando Bloom's first baby, the actor made a major update on the status of their daughter, baby Daisy Dove Bloom.

For the first time since becoming a dad to his baby girl, Orlando Bloom has spoken up about their new bundle of joy.

Virtually speaking to "The Ellen DeGeneres Show" on Wednesday, the 43-year-old actor revealed who is Baby Daisy's look-alike between him and his pop star fiance.

It turns out "The Pirates of the Caribbean" actor thinks Daisy Dove resembles both him, Katy, and his mom, Sonia. But when Ellen DeGeneres insists that the little girl looks exactly like the "Roar" hitmaker, Bloom claims that the baby looks like him at first.

"Katy sent me a picture, and it really looks exactly...well, the eyes look like her, don't you think?" Ellen DeGeneres said.

But afterward, he realized that Baby Daisy got her momma's beautiful blue eyes.

"And then, fortunately, she got those Katy blues, which was perfect," he added.

But aside from mommy and daddy, the "Lord of the Rings" actor claims that there are also times that he sees his mother, Sonia, on Daisy Dove's image.

"But then she sort of looks like my mom. So then I got a little confused because Katy's breastfeeding this mini-me slash my mom... who's she gonna look like next?" he joked.

On August 27, Katy gave birth to Baby Daisy Dove Bloom and announced the good news on social media through UNICEF.

Alongside the announcement is the new parents' appeal to place donation in support of UNICEF's advocacy to provide safe pre and post-natal care to mothers who do not have access to it.

"Communities around the world are still experiencing a shortage of healthcare workers, and every eleven seconds a pregnant woman or newborn dies, mostly from preventable causes," the couple who are UNICEF ambassadors wrote.

Katy and Orlando explained that ever since the coronavirus global pandemic started, more newborns are the risk due to a lack of necessities after birth.

"By supporting UNICEF, you are supporting a safe start to life and reimagining a healthier world for every child. We hope your [heart] can bloom with generosity," the couple concluded.

A month after being officially a mother, Katy addressed some "misconceptions" surrounding being a full-time mom.

In a series of Twitter posts, the "California Girls" hitmaker became savagely honest about her experience as a full-time working mom for the past few weeks.

"Part 2: when a mom finally goes back to work (whatever profession they do), it's not like they been coming from months of 'time off...' she's coming from a full-time job... of being a mom, lol," she added.

The pop star also encouraged her fans to show some love and appreciation to their mothers.