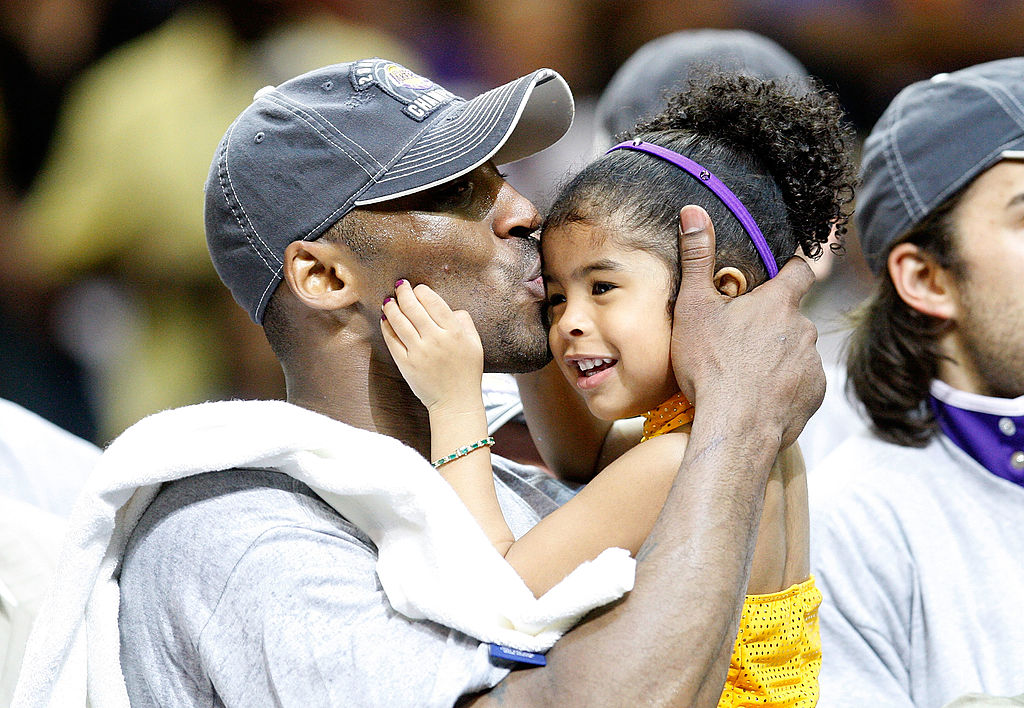 Kobe Bryant may have fallen from his wings, but he enabled Los Angeles Lakers to soar high and win the NBA championship this year.

After the L. A Lakers' victorious win against Miami Heat on Sunday, Kobe's widow celebrated with the team while remembering her two angels, who indeed watched the group from above.

In an Instagram Story entry, Vanessa Bryant congratulated the Lakers for finishing a 106-90 finals game.

The 38-year-old "Mamba Queen" also remembered her husband and daughter, wishing they were still around to witness the team's victory.

"Wish Kobe and Gigi were here to see this," Vanessa continued, adding a heart emoji.

It could be recalled that earlier this year, the 41-year-old NBA superstar died in a tragic helicopter crash along with his 13-year-old daughter, Gianna Maria, and seven others.

This year's championship is Lakers' historic win. Their last championship victory was back in 2010 when Kobe Bryant and Pau Gasol lead the team against the Boston Celtics.

In a press conference after the game, Pelinka credited the team's victory to Kobe and Gianna, whom he believes that guided them throughout the season.

"Obviously, you guys know 2020 has been a tragic and difficult year in many ways. I think Kobe and Gianna have guided this team entire year. Kobe's voice is always in my head. Every day, every minute," Pelinka said.

The Lakers' big boss also reminisced how Kobe uplift his spirits in taking the team to the championship.

"When I took the job, I remember he said, 'I'll give you two, three years, you'll fix this. You'll get the Lakers back on top.' I guess you were right, man. You give me the energy to do it," Pelinka added.

"To be able to share this moment right now, knowing he and Gianna are looking down from heaven ..."

Earlier in the season, the Lakers team already paid tribute to Kobe Bryant by wearing Kobe-inspired Black Mamba uniforms during Game 5. Every game, the team also chants "1-2-3 Mamba!" signifying that they have really dedicated this season to Kobe.

As the team reaches victory, die-hard Lakers' fans could not help but attribute the win to the all-time best player. Kobe became an instant trending topic on Twitter, with fellow players and fans honoring him for the Lakers' victory.

"This one is for you brother, for you, Gianna, for Vanessa, for Natalia, for Bianka, and for Capri," Spanish NBA star Pau Gasol wrote.

"Congratulations to the entire @Lakers team, @JeanieBuss, and the Lakers family for winning the 17th championship!!" Gasol added.

"I'd like to think Kobe and Gigi played a part in this win," actress and Lakers' fan Kerry Washington tweeted.

Meanwhile, the City of Los Angeles also celebrated the Lakers' win and attributed it to Kobe by chanting his name on the streets.

READ MORE: Offset Makeover: Migos Rapper Wants New Look As He Moves on From Divorce With Cardi B