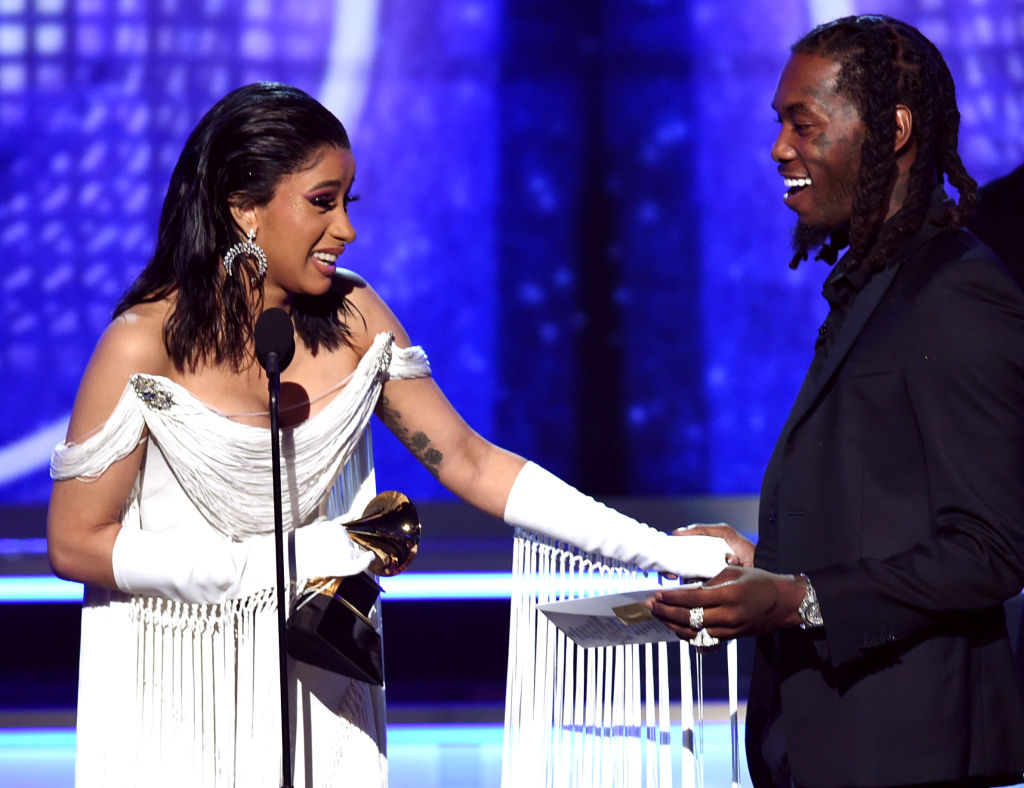 Weeks after Cardi B put an end to their marriage by filing a divorce, it looks like Offset is having a hard time moving on from the relationship.

When a couple split up, it is common for women to go on a full makeover to redeem themselves. Some do this to feel good about themselves despite the breakup, while others treat themselves as a way of revenge and show what the other party is missing.

But in Cardi B and Offset's case, it seems like the latter is the one needing and wanting to get a drastic change to mark the transition in his life.

Over the weekend, the Migos rapper took to social media and ask the advice of his 17.2 million fans on what kind of hair color he should go for his dreadlocks.

In the short clip, the 28-year-old rapper asked his fans: "What color should I dye my hair?"

Offset could be seen sporting a navy muscle tee while his dreads were tied up on a bun as he gulps on a bottle of juice.

"Should I go red or I am going to look . . . country? Should I go blonde like my boy Fabo, or should I go purple . . . or should I just go black? Y'all let me know what's happening," Offset said.

Fans flock on the comment section giving Offset tons of suggestion, while others straight up shaded him, connecting the makeover to his breakup with Cardi B.

"People always dye their hair after a breakup," one fan wrote.

"Blue, cause you know you sad as hell fam," another one added.

And just what everybody assumed, the "Clout" rapper confessed feeling miserable without Cardi B. When a fan commented that he looks stressed out, Offset admitted that he is not doing well and declared that he misses his wife for three years.

"He looks stressed out," the fan wrote, to which Offset replied: I am I miss MRS.WAP... call her for me but private."

Offset's makeover and confession came after the "WAP" hitmaker kicked off her birthday weekend. Cardi B's estranged wife made sure that he still showered his queen with love giving her an early birthday present.

On Friday, Cardi B took to Instagram and showed off a huge gift she received; a bright pink billboard with a photo of her and 2-year-old daughter, Kulture Kiari, whom she shares with Offset.

"Happy Birthday Mommy, Love Kulture," the billboard reads, alongside a candid shot of Cardi B and Kulture wearing matching outfits, sunglasses, and clutching on their pink Birkin bags.The billboard is clearly a gift as it is complete with a pink gift bow stretched across the right side.

In the short clip, Cardi B could be heard gasping in disbelief, saying: "Oh my goodness, oh my God."

While the "Bodak Yellow" rapper did not name the generous gift-giver, fans are quick to assume that it was from her estranged husband because of her caption that says: "Thank you, sir," adding a smirk emoji.