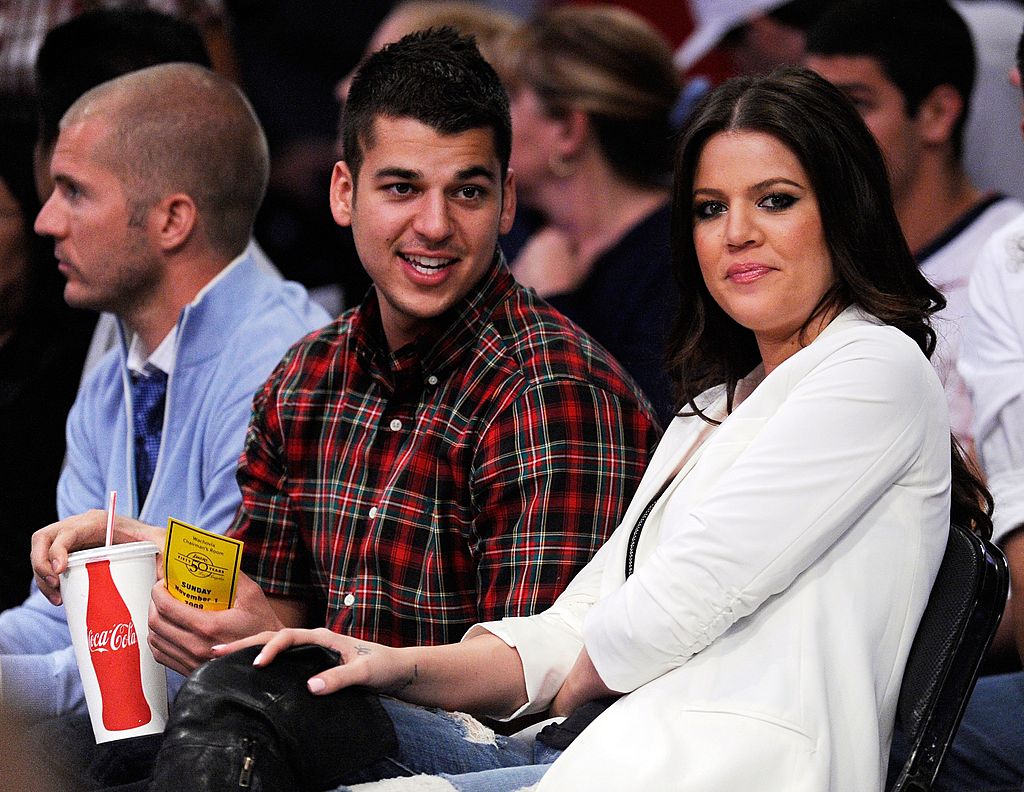 Kim Kardashian's 40th birthday has certainly done some magic. Almost akin to a miracle, Rob Kardashian made an appearance during a "Keeping Up With The Kardashians" special..

He rarely appears on the family reality show, but because it's her big sister's birthday, he made an exception.

During this birthday special of the realtiy show titled "Keeping Up With the Kardashians: Kim's 40th Birthday Special," majority of the big Kardashian-Jenner clan came together.

Over the years, Rob has struggled with a lot of things that the family tried to save him from--weight gain, depression, love life blues, and financial crises.

His weight gain, coupled with depression, had him retreating from the limelight. As his siblings continue to attract more public attention, the more he seems to be pulling away from it.

Khloe has earlier revealed that Rob would be making more effort to be more "public" with the rest of the family though, more so on the current season of the "Keeping Up With The Kardashians."

"We never push him, everything is his free will," Khloe said. "We always take photos - we have so many memories, but nothing public, so I was really happy because on my birthday, he said, 'Oh, you can post that. I'm fine, I feel good.' It made us feel so good that he was comfortable. And the reaction from the public was so positive that it gave him a boost of confidence."

She added that Rob is now filiming more with them on the show since most of the shooting happens within their homes anyway. Khloe added she is excited for the public to see Rob on the show more and get to know him better. She can vouch that her brother is a good person.

Khloe and Rob have been very close to each other through the years. Even though the whole family is supportive of him, it's Khloe who he is apparently the closest.

Back in 2014, before Rob faced some challenging events in his life, he's the one Khloe joked around with the most. They love each other so much that back then, they could make fun about being in an incestuous relationship with each other. On #WomanCrushWednesday of that year, Rob posted no one but his own sister.

Not minding if she would be bashed for it, she retweeted the photo and captioned it with "Incest is Best." She added that theirs is a normal bro and sis relationship.

Rob Kardashian's love life has not been the best as well. His relationship with his baby mama Blac Chyna even led to violence and lawsuits. Throughout the tumultous period, however, his sisters were backing him up. There were also reports through the years that even if the public does not see Rob much, they should not worry because his close bond with his sisters is not changing.

READ MORE: Happy at 40? Gisele Bundchen Gets Honest About Aging

© 2021 ENSTARS, All rights reserved. Do not reproduce without permission.
TAGSKim Kardashian rob kardashian Keeping Up With The Kardashians
SEE COMMENT
CLOSE COMMENT