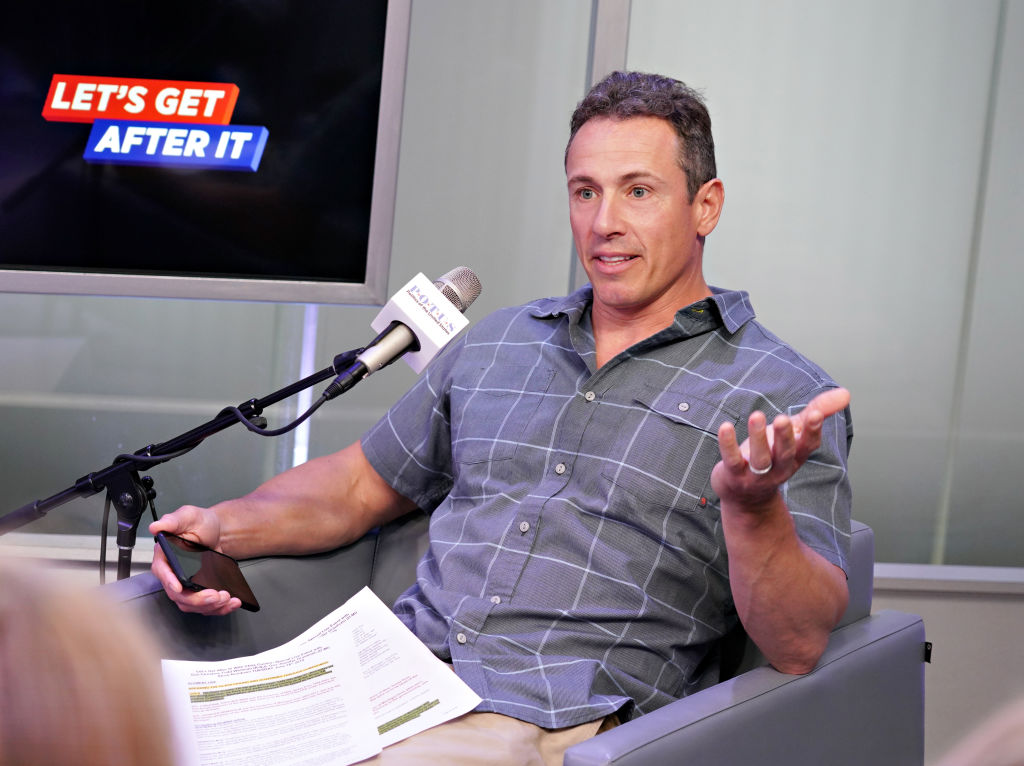 The 50-year-old broadcaster was spotted mask-less at a New York City members' private club despite the strict orders regarding the health crisis.

According to Page Six, onlookers shared that the younger Cuomo was walking around without a mask and greeting people as if he was the mayor.

"He was not social distancing and was walking around indoors, shaking hands and greeting people without a mask. He was just hanging with Brooke Shields' husband," the source revealed.

In addition, the insider also pointed out how his politician brother, Gov. Andrew Cuomo, lashed out at the hospitality industry for failing to comply with COVID-19 protocols.

"It's a double standard when his brother [Gov. Andrew Cuomo] is attacking the restaurant industry and implementing all these senseless rules."

To recall, the NYC governor approved new regulations for bars and restaurants to ensure they comply with the state's social distancing and face-covering orders under the "Three Strikes and You're Closed" initiative.

"Mask wearing, social distancing and handwashing - basic as they may seem - are critical to controlling the spread of this virus. Especially now that we are seeing spikes in cases throughout the country, this is not the time to let up - especially on compliance enforcement. We know the prescription, and we know it works - we just need to be smart and do it," Gov. Andrew Cuomo mentioned in a statement.

This is not the first time that the TV personality has been blasted for not wearing a mask.

A few days ago, multiple reports cited that Chris was threatened a $500 fine for going mask-less in his apartment building.

The news came after Fox News host Tucker Carlson sent a letter to his building manager stating several complaints against Cuomo regarding the compliance with the health safety rules.

"Dear Mr. Cuomo, as I'm sure you know, because of the ongoing COVID-19 health crisis, on April 15, 2020, Governor Cuomo issued Executive Order 202.17 which requires anyone over the age [of] two to wear a face mask or cloth that covers their mouth and nose while in a public space," Carlson's letter reads.

In addition, the Fox presenter also shared that the 50-year-old Cuomo has been spotted "entering and exiting the building and riding the elevator" without his face mask.

Furthermore, he also revealed that the father-of-three "refused" to do so after the staff reminded him about the protocol.

The younger Cuomo also faced a ton of backlash over social media, with netizens labeling him as a "hypocrite" for not walking the talk.

"In ever there was a HYPOCRITE it is none other than CNN's CHRIS CUOMO - Management at his apartment building is trying to set him straight on the requirement to wear a face mask - He refuses to do so, even with an Executive Order from his Governor brother - He is a PHONY PERSON!!" one wrote.

Another user also expressed the same sentiment and slammed the CNN host.

"It turns out CNN's biggest advocate for #facemask did not satisfy his own landlord. #TuckerCarlson got a hold on a letter complaining on @ChrisCuomo."

In March, Chris Cuomo tested positive for COVID-19 and quarantined in their basement as he continued working from home.