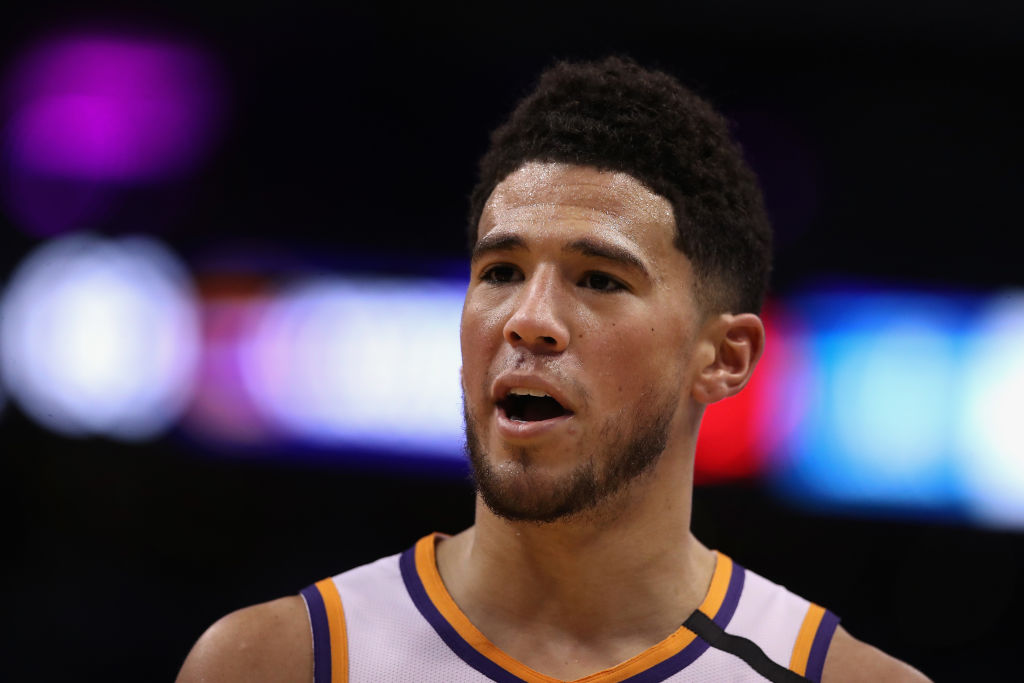 Amid the speculations about his relationship with Kendall Jenner, Devin Booker has managed to make it to the Kardashians' "inner circle."

This came after Kim Kardashian shared photos of her secret island getaway as she celebrated her 40th birthday.

In her recent Instagram post, the "Keeping Up With The Kardashian" star updated her nearly 2 million followers as she posted a series of snaps and clips during her birthday bash.

She began her lengthy caption by saying that she felt "humbled and blessed" despite the devastating times.

The Kardashian-West matriarch also thanked her family and closest friends, who helped her be the woman she is now.

"For my birthday this year, I couldn't think of a better way to spend it than with some of the people who have helped shaped me into the woman I am today."

Furthermore, the SKIMS founder also shared the preparation that everyone has gone through just to make her birthday celebration possible.

"Before COVID, I don't think any of us truly appreciated what a simple luxury it was to be able to travel and be together with family and friends in a safe environment. After two weeks of multiple health screens and asking everyone to quarantine, I surprised my closest inner circle with a trip to a private island where we could pretend things were normal just for a brief moment in time."

She concluded her post by stating how "humbled" she was for being reminded of how "privilege" her life is.

Interestingly, eagle-eyed fans noticed a familiar face in the background in one of Kim's photos.

It seemed like the resident Kardashian supermodel brought her plus one, which happens to be the 23-year-old Phoenix Suns player.

"What normal people see: A nice father/son pic and What we see: Devin Booker and Kendall in the back," one user posted, alongside a zoomed photo showing the NBA star and the 5-foot-10 beauty at the background of Scott Disick and his eldest son, Mason.

An individual highlighted how the Suns' shooting guard was invited to the Kardashian's inner circle.

"Devin Booker went from hooking up with random Instagram models to getting invited to Kim Kardashian's corona-free private island with Kendall Jenner. A true inspiration."

Meanwhile, one fan was convinced that he and the Vogue cover girl are in a "serious" relationship: "Devin Booker on Kardashian island him, and Kendall must be pretty serious."

On the other hand, one user suggested that the KKW Beauty owner subtly confirmed her sister's romance with the basketball star.

"Kim just confirmed all the Kendall and Devin Booker rumors with that second picture."

For months, the 24-year-old runway royalty and the pro basketball player have been plagued by romance rumors after being spotted a ton of times together.

In August, the two were caught exchanging flirty messages on social media after Jenner posted a cute selfie with a strawberry emoji caption, to which Booker commented, "I like strawberries."

Although the duo never spoke about the issue surrounding their relationship, E! News cited that they are keeping things casual.

"They're hooking up, but they're not serious," the source told the outlet. "She's talking to a couple of different guys. She has so many men after her. It's crazy."