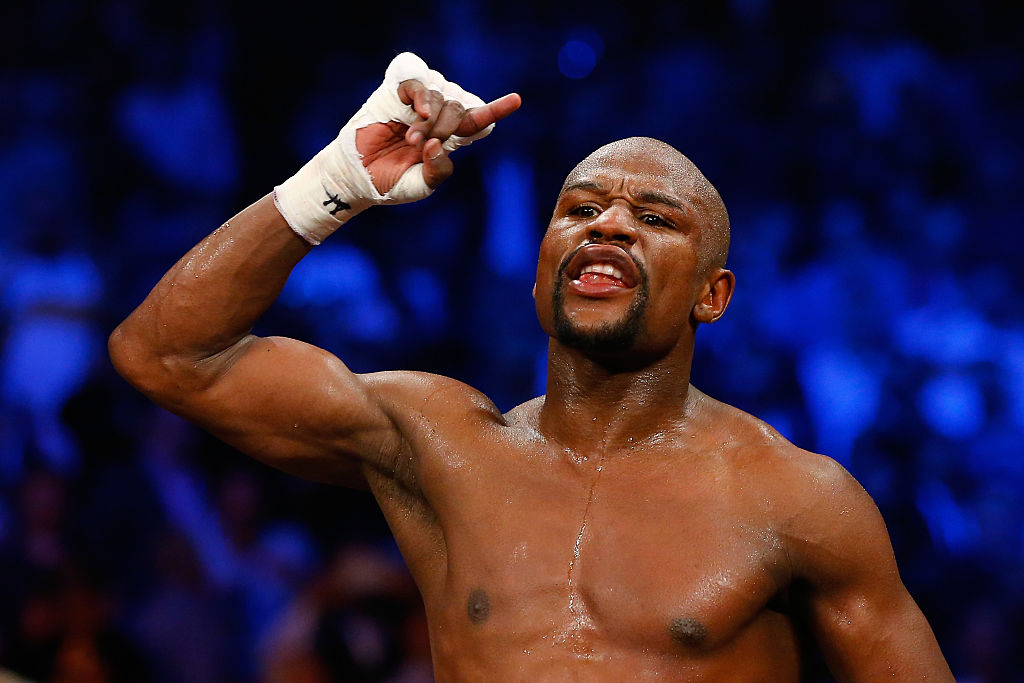 Floyd Mayweather is about to be a grandfather. His daughter Iyanna, 20, is confirmed to be pregnant.

Mayweather revealed the news himself on Hollywood Unclocked: Uncensored after rumors spread that his daughter expects a baby with her boyfriend, rapper NBA Young Boy.

According to Floyd, yes, his daughter is pregnant, and yes, he is happy about it because he wants the best for her."

"Always want the best," Floyd said."  "If that makes her happy, then we're happy - me and her mother [Melissia Rene Brim] are happy."

He also emphasized he is trying hard not to meddle because one day, it would just be his daughter and her partner making life decisions.

"What I try not to do is be in her personal business because once she' ss no longer under my roof, then you know what? It'ss between her and her better half," he added.

Everyone knows though that Yaya's boyfriend is certainly not the nicest kid around. He once disrespected the boxer himself, calling him Yaya's "bitch ass daddy."

Now that Floyd is going to be a grandfather of the young rapper's child, it appears that he could not speak ill of him--even though the kid already spoke negatively about him.

Floyd, however, believes this attitude is merely the product of the kid's upbringing.

"Well, my thing is this: it has to do with your upbringing," the boxer responded. "It starts in the home first. WhatI 'vee always taught my daughter is this: always be respectful when you're going to anyone 'ss home. And whatever goes on in your home, do not talk about it to the world."

The fighting legend also revealed that he could not really be mad at the rapper because the comment he made could have just been the product of a bad hair day.

Floyd probably wants a more peaceful life now that he has retired. His last fight was with Conor McGregor.

He said, though, that he is willing to step into the ring for more exhibitions.

With an untarnished record of 50-0, Mayweather has done and achieved almost everything in the field he has chosen, capped off a career that witnessed him win 15 major world titles. Since then, he has stayed away from the ring, although he does not avoid it since he still trains on a fairly consistent basis.

Speaking with CNN, he revealed that he is absolutely sure that no more boxers would lose to him because he does not intend to fight anyone among them anymore.

He is still amenable to do exhibitions instead, even though fighting a real boxer would have been more lucrative.

"Money don't make me, I make money and my health is more important than money," Mayweather said.

Since his retirement, Mayweather had already been in an exhibition fight once, going against the Japanese kickboxing star Tenshin Nasukawa on New Year's Eve in 2018. The boxing legend did not stop himself from annihilating the 20-year-old, who was quite small. The fight raised his record against mixed martial artists to 2-0.