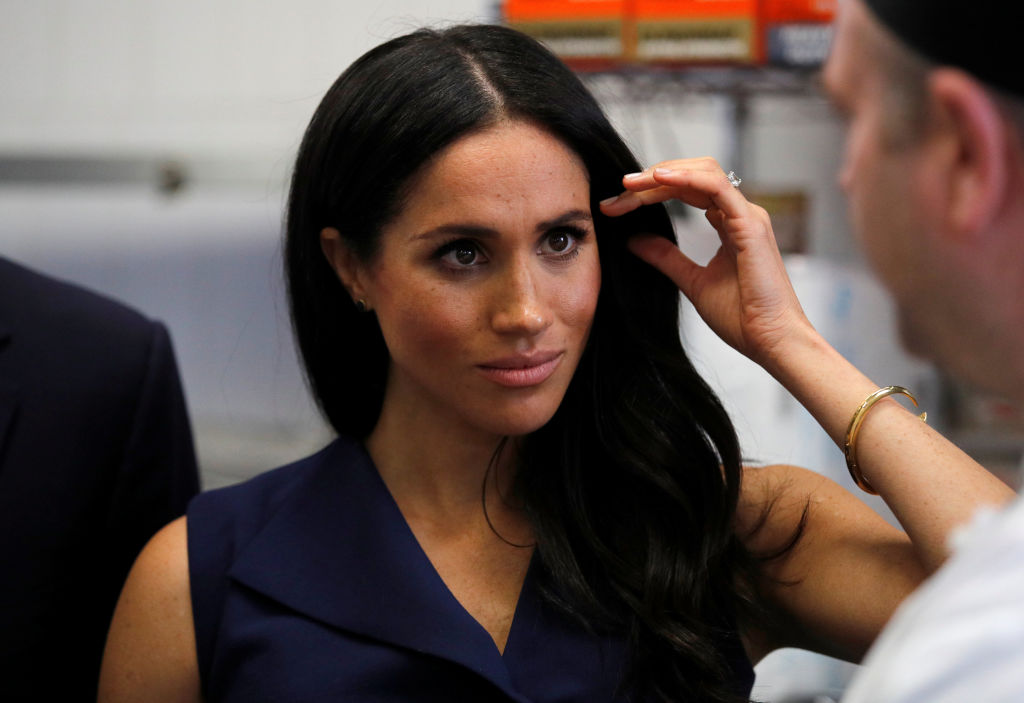 Meghan Markle caused one royal family history to repeat itself, but it was not something royal watchers are proud to hear.

The royal family welcomed Meghan wholeheartedly when Prince Harry married her in 2018. However, no one ever thought she would leave soon and relocate away from the monarchy--with the royal prince.

Throughout Meghan's nearly two years of being a senior member of the royal family, the duchess reportedly felt like Britons did not understand her.

This might have triggered her to pursue Megxit along with Prince Harry, which became official before the second quarter of the year began.

Meanwhile, a royal expert expressed belief that that this situation made her more similar to Wallis Simpson, who previously caused an heir to the throne to leave his position.

According to Fox News (via Express UK), royal expert Ingrid Seward compared Meghan to Wallis. She also detailed the similarities between their situation.

"It was a very similar scenario, although in a totally different era. Meghan is a divorcee, which of course we are still a little old fashioned about in England," she said.

Despite being a divorcee, Seward noted how the Duke of Sussex left everything to be with her.

Like Wallis, Meghan also felt like the British people did not like her at all. This made her hate the country and return to the U.S.

Seward also claimed that even Prince Philip spotted the similarities between the Sussexes and King Edward VIII.

In her book "Prince Philip Revealed," the Duke of Edinburgh reportedly realized that his grandson gave up his royal life for Meghan.

"It appeared that his grandson had abdicated his for the sake of his marriage to an American divorcee in much the same way as Edward VIII gave up his crown to marry Wallis Simpson in 1936," she wrote.

It has been truly hard for Prince Philip since he gave up his Navy career to support Queen Elizabeth II after King George VI died.

Aside from bringing troubles to the royal family, they saw Prince Harry and Meghan's decision as a "dereliction of duty."

Seward also shared Prince Philip's thoughts in an interview with Daily Mail. The royal expert revealed that the Duke of Edinburgh struggled so much after seeing Prince Harry neglect his duty.

What's worse is that he gave up the royal family to have a life of a self-centered star in the U.S.

What Happened To the Exiled Royal?

King Edward VIII gave up his royal life and abdicated.

After turning his back on the royal family, the former Duke of Windsor moved to France and spent the rest of his life with Wallis Simpson.

"[But] he stressed that he was far from happy with the arrangement and he wasn't prepared to abide by it for much longer," Express journalist Simon Edge said in 2013.

His abdication led the monarchy to make Queen Elizabeth II's father, George VI, to be the official monarch. However, it set a bad example for The Firm.