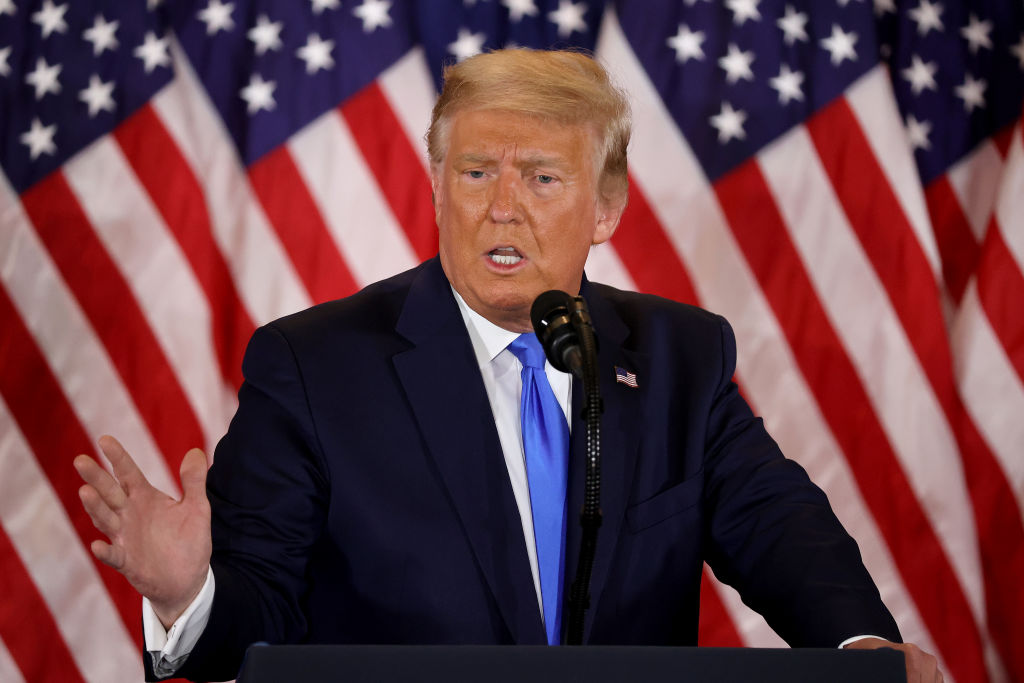 Current U.S. President and Republican nominee Donald Trump was caught up in an embarrassing situation after calling his celebrity supporter, Lil Pump, by the wrong name.

In one of his last-minute presidential rallies at Grand Rapids, Michigan to gain support from the Gen-Z voters, the 74-year-old politician called up on stage the "Gucci Gang" rapper. 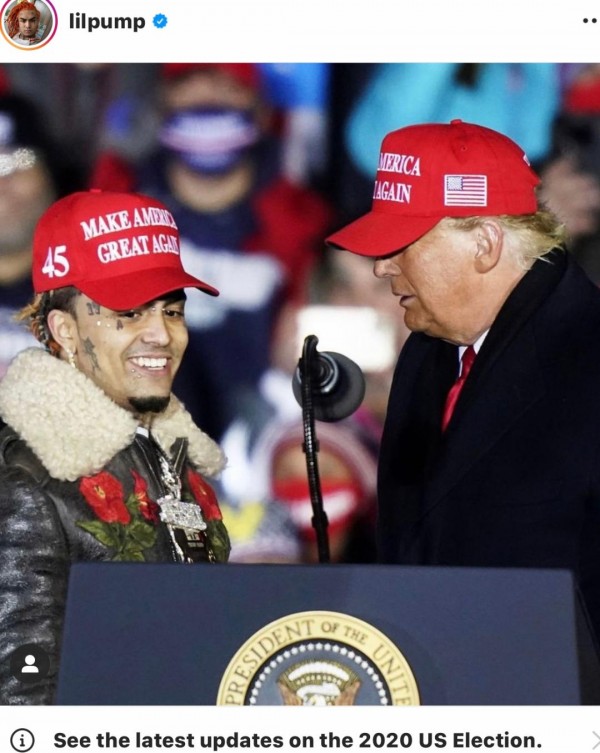 However, instead of mentioning Lil Pump, the world leader referred to him as Lil Pimp.

"I love your sound. I love your music. And speaking of sounds, music, and other things - one of the big superstars of the world - Little Pimp," he mentioned on stage.

The 20-year-old rapper, who appears to be in the audience to show his support and sporting his MAGA hat, was invited by Trump to go on stage.

Realizing that he mistakenly called the rapper's name, Trump finally referred to him as Lil Pump.

"There he is. How is it going? You wanna come up and say something? Come on, Little Pump," he mentioned adding, "Does everyone know who he is? Do you know how big he is?"

The "Welcome to the Party" artist got the mic and endorsed the president by thanking him for "everything" he had done for America.

"Hello, everybody. How are you guys feeling? I come here to say, Mr. President, I appreciate everything you've done for our country. You brought the troops home, and you're doing the right thing. MAGA 20, 20, 20. Don't forget that."

Following his support for Donald Trump, Lil Pump received a backlash over Twitter, branding him as "irrelevant."

"Joe Biden has Lady Gaga & Beyonce. Donald Trump has Lil Pump, 50 Cent & Lil Wayne, who are all irrelevant in 2020. End of discussion," one wrote.

On the other hand, a hip hop fan account pointed out his political stance in 2016, referring to his now-deleted tweet that says "F*ck Donald Trump."

"Lil Pump certainly wasn't pro-MAGA in 2016, before he got money. The things people will do for acceptance."

Meanwhile, a third user mocked the president for getting the rapper as his endorser.

"Imagine donating money to Donald Trump or him using our taxpayer money to pay Lil pump to get on stage that's so funny to me."

Supermodel Bella Hadid also chimed in and called out the "Arms Around You" artist by labeling him as a "loser."

"This is so irresponsible. This kid is a loser," she posted on her Instagram Story alongside a photo of Lil Pump in front of a Trump campaign poster.

Aside from the backlash, the Florida-born rapper, whose real name is Gazzy Garcia, reportedly lost 300,000 followers on Instagram following his attendance at Trump's recent campaign rally.