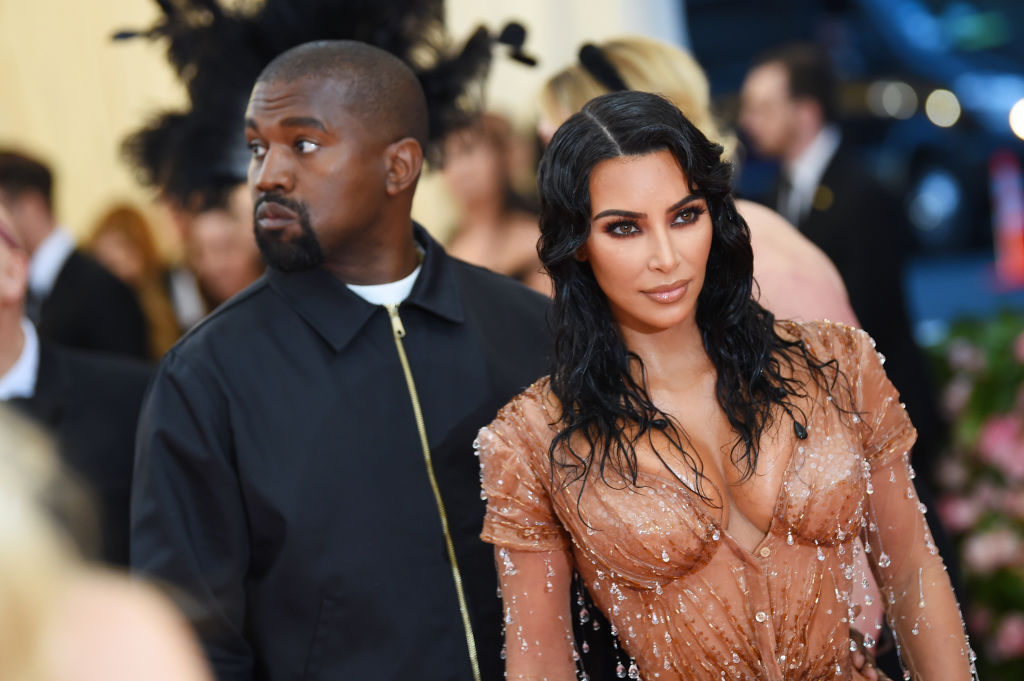 Are Kanye West and Kim Kardashian trapped in a loveless marriage?

The now-defeated presidential hopeful has reportedly not been getting some action in the bedroom with his wife for two years.

Now, Globe claims that the troubled rapper is hiring an expert to fix things up.

Insiders told the outlet that Kanye wants to "hire a spiritual guru who can hopefully help them get that physical spark back."

They added, "He can't stand a life without intimacy."

As the outlet previously reported, insiders contend that the Yeezy creator and his "Keeping Up With the Kardashians" star wife have been fighting nonstop for most of 2020.

However, they recently put on a united front for Kim Kardashian's controversial 40th birthday party.

According to Globe, Kim and Kanye have been sleeping in separate bedrooms because the reality star is said to be exceptionally turned off by her husband's nonstop rants.

She also couldn't believe that Kanye had a blistering attack on her mom, Kris Jenner.

Spies also claim that the "Jesus Walks" rapper's food binges and flabby body don't help spice things up in the bedroom for them.

"Kim and Kanye's love life has been dead in the water for around two years. People think it's a big factor in his roller-coaster moods," the source added.

Though Kim Kardashian and Kanye West have already tried marriage counseling in the past, "they bailed early because they kept arguing."

This time, though, the self-made billionaire is reportedly hoping they would stick to the intimacy therapy because it may just be the only solution he can think of to improve their communication physically and mentally.

The National Inquirer insisted that the chances of reconciliation between the power couple are far-flung.

A source told the publication that Kanye has no problem with sharing his wife with a few men.

Though the 43-year-old Grammy-winning artist pretends that he doesn't care, there was even talk of an open marriage so that he can still keep the KKW Beauty mogul.

A source told the outlet, "Kanye doesn't want to lose his wife and kids, even though he'd be just fine putting the rest of the Kardashians in his rearview mirror."

"He'd rather share Kim with someone else if that's what it takes to keep her."

Unfortunately, the mom-of-four is reportedly disgusted by the idea.

"She's not interested in that any more than she is in getting intimate with Kanye," an insider told Globe.

Kanye is allegedly crazy enough to believe that his wife would stay if she were offered to be with other guys.

In September,Page Six reported that Kim Kardashian already has the entire divorce thing from Kanye West all planned out.

She is just reportedly waiting for her husband "to get through his latest episode."

It may seem hard right now because Kanye has just accepted defeat from the US presidential race.

The rapper only amassed 60,000 votes all over the US, with Democrat candidate Joe Biden in the lead.

An insider revealed at that time that divorcing Kanye in the middle of his struggles wouldn't be a "good look."

Globe and the National Enquirer are known to publish reports with no evidence and confirmation from the stars and their reps.

It's best to take these stories with a grain of salt.