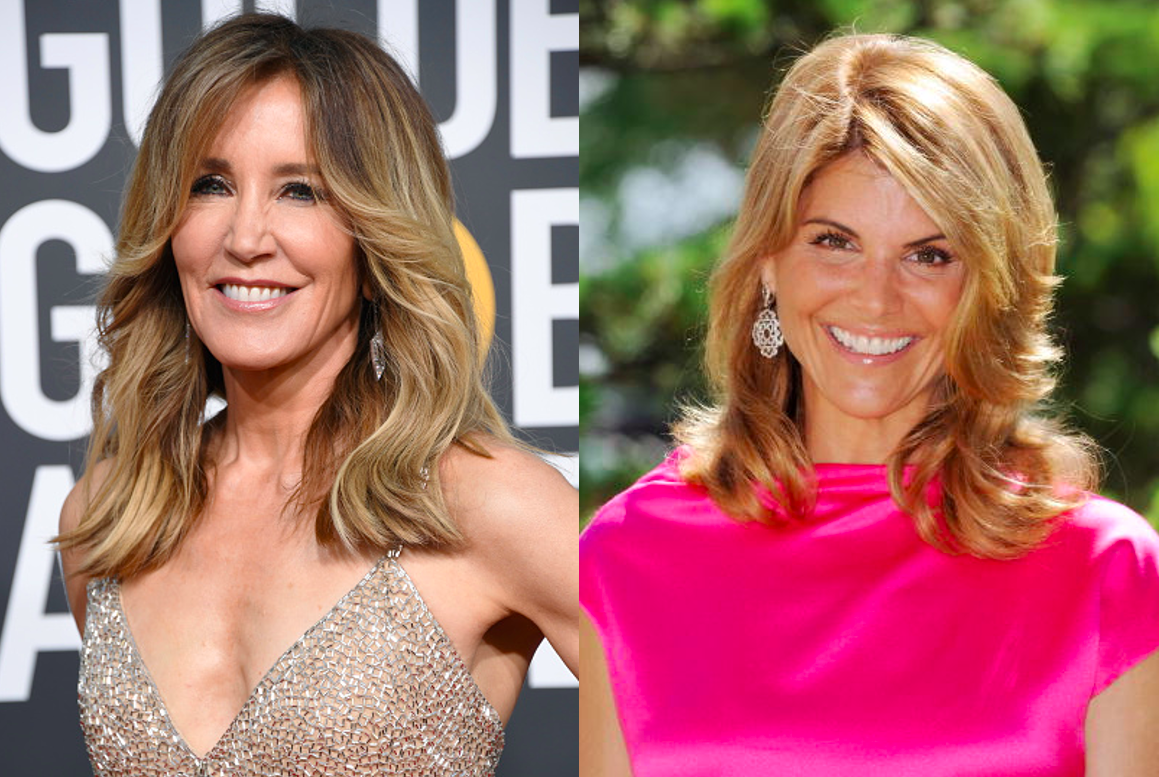 Did Felicity Huffman tell Lori Loughlin, "You should've listened to me"?

According to a report by the National Enquirer, the smug "Desperate Housewives" actress pat herself on the back when she pleaded guilty last year for the bombshell college admission scandals.

Huffman only received a 14-day sentence at a California prison.

During that time, Lori Loughlin was frantically scrambling for a plea deal so that she could avoid a hard time in jail.

An insider close to Huffman revealed to the Enquirer, "Felicity is full of herself for pleading guilty and boasting she got a wrist slap for paying $15,000 to have a fixer boost her daughter's SAT scores."

At that time of her sentencing, people close to Huffman revealed that she even warned the "Full House" star to follow her moves when the scandal broke back in May 2019.

She is said to be taunting Loughlin, saying that if she only had taken her advice, she would've been free then too.

But the 55-year-old actress and her fashion designer husband Mossimo Giannulli decided to fight the charges and faced sentences for up to 40 years if they were convicted.

The parents of Olivia Jade and Isabella Rose paid half a million dollars each to a fake charity just to get them into the prestigious University of Southern California as crew members, even though the ladies don't even know how to play the sport.

At the time Huffman was released from jail, Lori Loughlin and Mossimo Giannulli were afraid that the judge would be making an example out of them.

A source snitched to the outlet, "Lori is petrified Felicity's easy ride will make her situation even worse. And Felicity's 'I dodged a bullet' attitude hasn't made her feel any better."

"Felicity is offering a big 'I told you so' attitude when anybody brings up Lori's dire situation," the insider added during that time.

Now, Felicity Huffman is free, except for community service, while Lori Loughlin already reported to her jail to start her 2-month prison sentence.

As soon as they face the consequences, it has been revealed by Radar Online that these two prominent actresses are receiving offers to expose their truths about the college admissions scandal via a TV tell-all.

According to a tipster, the change would be beneficial for both of them to tell the audience what they want to say and finally hear their sides of the story.

Not only that, they could earn themselves some big bucks, as high as $20 million each.

The source said, "They'll need the cash once this is all said and done. So you can bet they'll want to stick up for themselves while making a fortune and paying back some of those legal bills."

Speaking of the said tell-all timeline, the source claimed that it's not possible until they're way down the line and the cases are closed.

But lucky for them, big networks didn't hold back from "tapping them up with huge offers to tell their sides of the stories."

As per Gossip Cop, they doubt that either Lori Loughlin or Felicity Huffman has time to be taunting the other when they could've received more time in jail.

The outlet has determined that the National Enquirer and Radar Online's stories are both totally untrue.