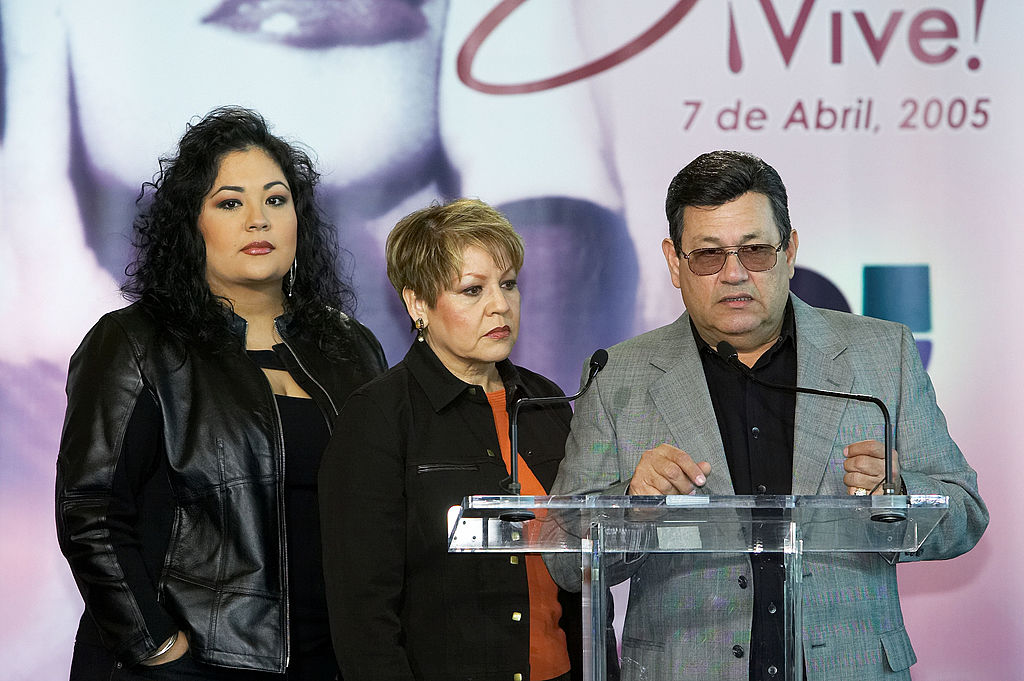 Producer Moctesuma Esparza is suing Netflix as well as both Selena's father and sister. He is claiming they have no right to show the late singer's life story. He said he possesses all the rights.

"Selena: The Series" is one of the highly anticipated shows on Netflix USA on December 2020. And yet, ahead of its premiere, a controversy arises that might stall its showing.

Hollywood producer Moctesuma Esparza, who helped produce the 1997 biopic of the late singer, entitled "Selena," starring Jennifer Lopez, is engaging the streaming giant and the singer's family into a legal battle over rights.

Based on the court documents obtained, Abraham, Selena's father has signed a contract with Esperanza, surrendering the rights to the life stories of Selena to him. With the upcoming series, the producer claims his rights were violated by Netflix and Quintanillas.

According to TMZ, Esperanza argues that he contract between him and Abrahama included a motion picture along with any other possible remakes. With "Selena" so being widely successful in 1997, Esperenza said he told Abraham that he wanted to develop another second movie or series.

This obviously did not push through, but he alleged that he already told Abraham and Selena's sister, Suzette that he had already developed a storyline for a Young Selena Project. Again, the project did not happen, but he did not think the father and the sister would allow Netflix to swoop in and violate his rights over Selena's story.

Esparza claims he was "shocked" when he found out in 2018 that Abraham had already licensed the rights over Selena's life stories to Netflix. He said he did not understand how that could happen, and yet could not get clear answers from Warner Bros as well.

Warner Bros. is the the studio behind the 1997 biopic so it must have something to do with how Abraham got the green light to allow Netflix to work on a Selena project.

Regardless how, Esperanza is adamant he would be suing Abraham and Suzette both for breach of contract.
He is adding Netflix under the lawsuit for "ignoring" his deal with Selena's family.

The suit can be massive - since Esperanza is seeking at least $1 million in damages. As of now, Netflix is yet to comment.

"Selena: The Series" is highly anticipated the moment it was announced.

The Netflix series, will be making a fresh take on the singer's life, although it is already widely known, particularly her tragic end.

Christian Serratos will be in the lead role. To show something people do not yet know, the focus would be on her early years in the family band Selena y Los Dinos. Still, her rise to fame as a solo artist would still be covered, and also her death.

In an interview with Entertainment Weekly,  the show's creator and executive producer Moisés Zamora shared, "You'll see her coming of age as she transforms into the incredibly confident superstar everyone knows and loves. We will dive into the family dynamics and will show some interesting things people don't know about the Quintanillas."