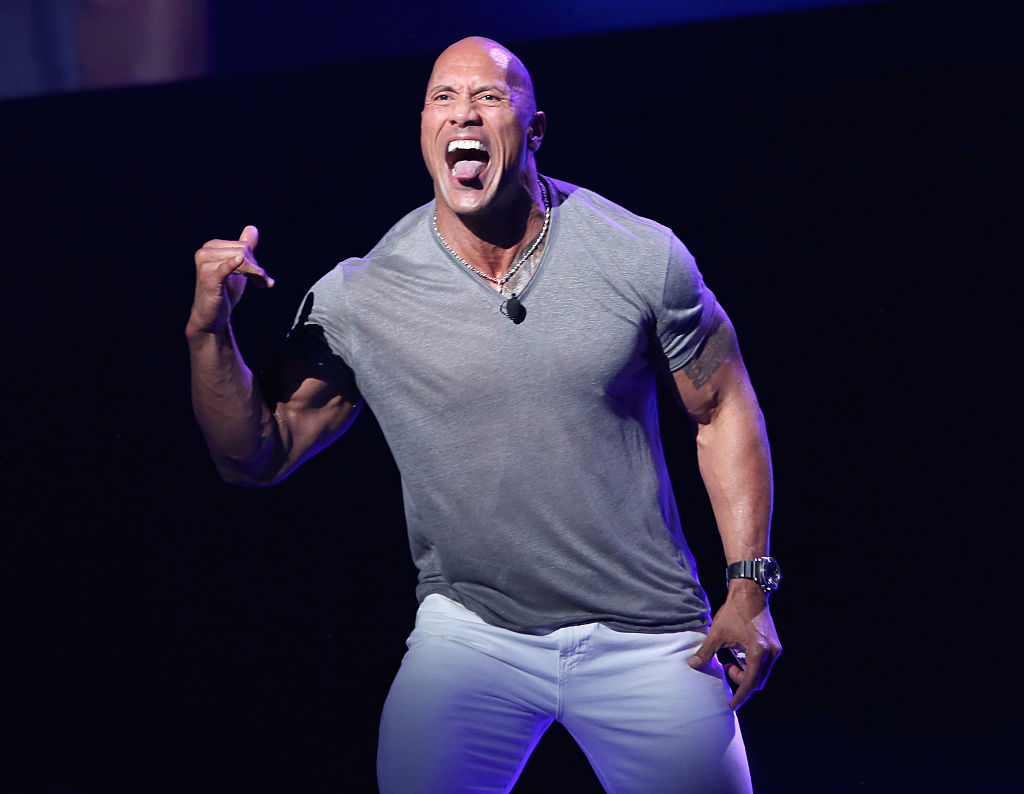 Dwayne Johnson's physique got even bigger that he could no longer fit himself in a sports car.

From being a well-renowned wrestler to being the most sought-after actor in Hollywood, Johnson truly went through a lot to receive all the recognition he has right now.

Although he is already a good actor, The Rock also builds and maintains his muscles as one of his greatest investments. However, this time, his asset brought some problems to his acting career.

In his latest Instagram post, Johnson revealed that his body caused a little glitch while filming his upcoming Netflix film "Red Notice."

In the photo, the 48-year-old actor can be seen posing beside a white sports car. While this seemed to be a cool update, Johnson and the creators of the movie actually encountered an issue - he CANNOT fit in.

As stated on the post's caption, Director Rawson Thurber planned an insane car chase sequence. The scene would show The Rock jumping into a Porsche.

To make it as classy as usual, they even spent money to buy the car and have it shipped to the U.S. Unfortunately, Johnson is too large to fit inside.

"Hey D, let's get you in the Porsche and I'll line up the shot," the director reportedly said.

Johnson attempted to get inside the sports car. However, his back is too broad.

"After about 15 seconds of uncomfortable silence... Rawson, myself and the entire crew just started laughing our asses off!! F-- it. Welcome to 2020," he went on.

Although the epic fail attempt caused them to drop one of their initial plans, Thurber and Johnson came up with another idea and managed to get a shot with the sports car.

The post now has over 3 million likes, and The Rock's fans took their time to laugh at him, as well.

An Instagram user said, "always struggle with the same. Finally, a fellow sufferer."

"Please tell me there is footage of this and it'll be during or after the credits," another one penned.

One fan shared, "better slow down on all that working out."

The hilarious moment came after the actor suffered from an injury while preparing for the film. To recall, he showed his injured, bloody eyebrow last month before scraping his blood off his face and tasting it.

Johnson revealed on the lengthy caption that a 50-pound chain caused the injury. He further detailed that the accident caused him to get stitches.

Although he needed to see a doctor for the wound, he refused to leave his paradise and continued doing his workouts. He even joked that his blood tasted like a combination of Teremana, calluses, and "black and samoan" hot sauce.

After his sports car encounter, Johnson posed again for another shot while wearing a turtleneck.

His appearance seemingly brought back his embarrassing picture in a turtleneck and a fanny pack.

"I give you one of the rare and true priceless artifacts to ever exist - Cleopatra's Egg," he captioned the post.