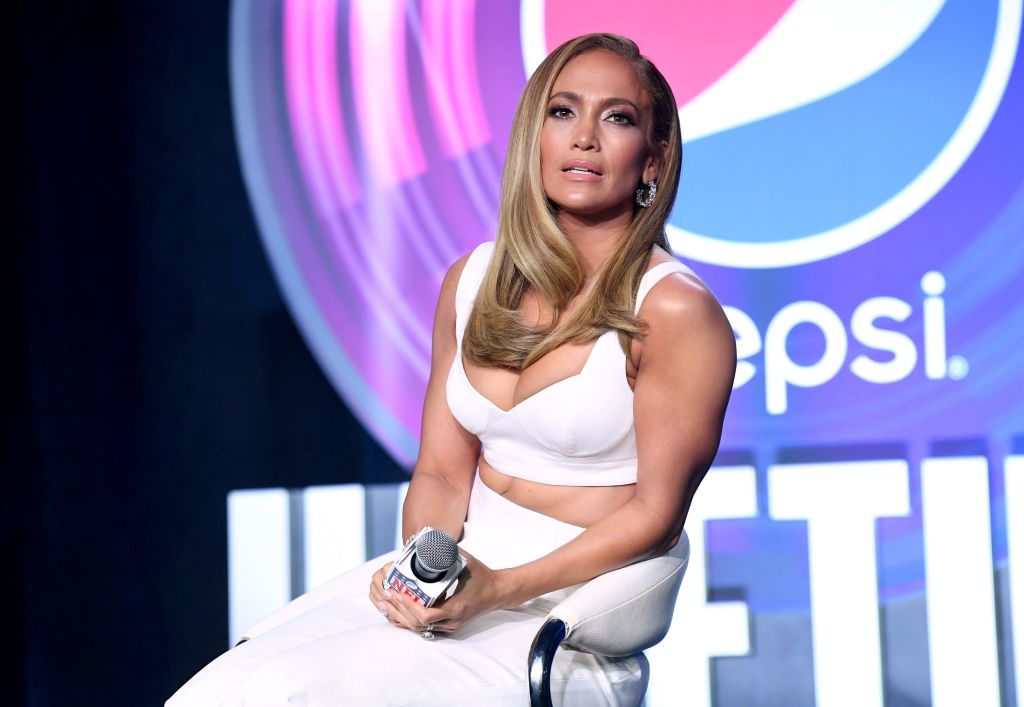 Jennifer Lopez delivered an empowering speech as she reflects on the highs and lows of 2020.

After more than a decade in the entertainment industry, the 51-year-old artist was honored as People's Icon of 2020 at the E! People's Choice Awards.

Wearing a puffy statement dress made by the "Project Runway" winner Christian Siriano, J.Lo looked stunning as she accepted the award from Armie Hammer, who told the socially distanced audience that the "little girl from the Bronx" conquered Hollywood and is now a global icon.

The "On the Floor" hitmaker almost got teary-eyed after celebrity friends--two time Academy Award winner Renée Zellweger and award-winning actress Nicole Kidma--surprised the Latina superstar with their message.

Moreover, the blonde beauties praised J.Lo with her "uncompromising work ethic" and massive "determination, self-respect and courage," which made her a "true icon."

In addition, the "Ain't It Funny" singer's last surprise was from her 12-year-old twins, Max and Emme, as they sent her congratulatory message for receiving a monumental award.

Jennifer Lopez Opens Up About "What Matters" the Most This 2020

Almost lost for her words, Lopez managed to deliver a compelling acceptance speech, starting off by describing that "2020 was no joke."

The Golden Globe nominee also shared her realizations these past few months and pointed out "what matters" the most.

"I mean, before 2020, we were obsessing about winning this award, getting nominated for that award, we were caught up on who sold the most records or who had the biggest box office opening or crazy stuff. This year was the great leveler. It showed us what mattered, what didn't, and for me, reinforced what matters most, people."

In addition, the mother-of-two expressed the "importance of connection" by helping and being kind to each other, most especially during these trying times.

Jennifer Lopez Thanks Her Fans and Family for Keeping her Motivated

J.Lo went on and shared that her family, friends, and fans kept her motivated and drove her to push herself to the limits.

The pop icon concluded her speech by leaving an inspiring message to Latina women to dream big despite being pushed around by other people.

"As a Latina and as a woman, we have to sometimes work twice as hard to get the opportunity. Sometimes my big dreams and my ambitions made the people around me nervous people would say you're a dancer; you can't be an actress. The more they said I couldn't, the more I knew that I had to."

Lopez then thanked her fans for the love and support as she mentioned that "the true measure" of her success is not based on box office hits or records sold but "from the love" that she felt from the public.

The "Hustlers" star started as a Fly Girl dancer on "In Living Color" in 1991 and shifted her career to acting in 1993, where she landed her breakthrough role as Selena Quintanilla.

Jennifer Lopez was also hailed as the first Latin actress to earn over $1 million for a movie.