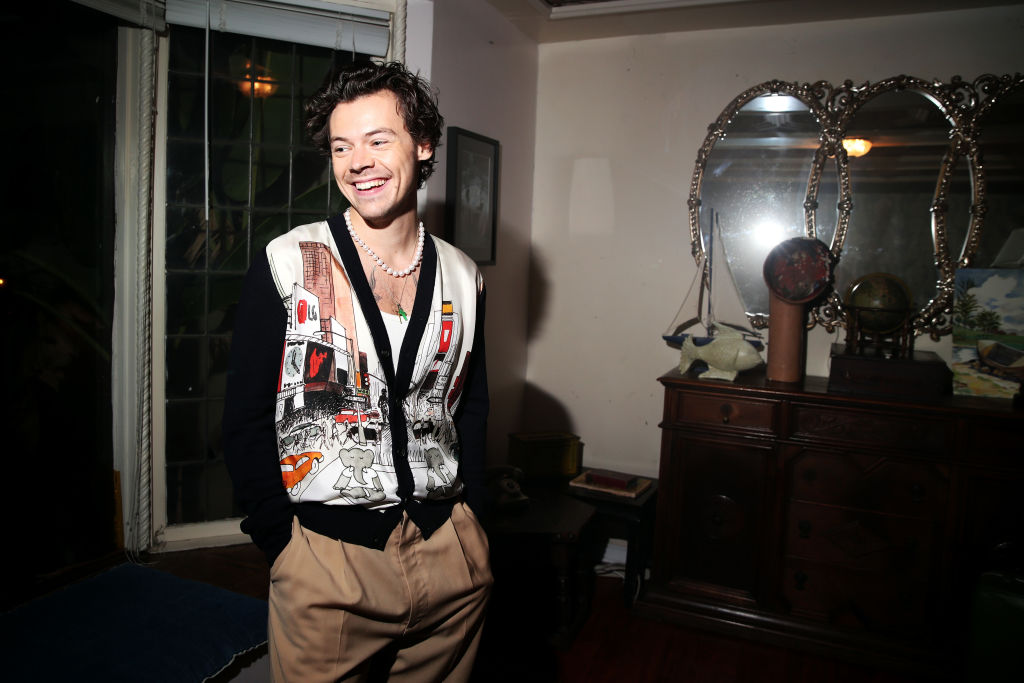 A slew of celebrities, including Olivia Wilde, threw their support towards Harry Styles after he was criticized for his recent Vogue shoot.

This came after the former One Direction member made history by becoming the first male solo artist to grace the magazine's cover for its November 2020 issue.

Not only did he make history in Vogue, but the "Adore You" hitmaker has been the talk of the town with his head-turning photoshoot by the renowned photographer Tyler Mitchell. In the shoot, he was wearing a white layered tulle dress, straight from Gucci's fall 2020 runway collection.

His army of fans flocked to Twitter to show their love and support for the British singer for breaking the stereotypes with his gender-bending fashion movement.

Unfortunately, New York Times best-selling author Candace Owens was not impressed as she slammed Styles for wearing a dress on the cover of Vogue.

The 31-year-old author and political activist took to Twitter to voice her opinion about having strong men in society.

"There is no society that can survive without strong men. The East knows this. In the west, the steady feminization of our men at the same time that Marxism is being taught to our children is not a coincidence. It is an outright attack. Bring back manly men," she wrote.

There is no society that can survive without strong men. The East knows this. In the west, the steady feminization of our men at the same time that Marxism is being taught to our children is not a coincidence. It is an outright attack. Bring back manly men. https://t.co/sY4IJF7VkK — Candace Owens (@RealCandaceO) November 14, 2020

One user echoed the author's opinion and even mentioned canceling her subscriptions due to Harry Styles' gender-neutral fashion cover: "Thinking about canceling my @voguemagazine subscription. This, among many other articles in there, I don't like ..."

A second one also penned her stance towards "heterosexuality" being on every page of publications.

"I don't mind what homosexuals do behind closed doors. But I don't throw my heterosexuality in their face at every turn, so I expect the same. But every channel, magazine, and newspaper article recently just seems to be flaunting homosexuality everywhere. Why?"

On the other hand, American-Irish actress and filmmaker Olivia Wilde, who apparently is directing Styles on his upcoming movie "Don't Worry Darling," savagely called out Owens by calling her "pathetic."

"The Lord of the Rings" star Elijah Wood also chimed in and pointed out that the pro-Trump activist is "missing" the true definition of being a man.

"I think you've missed the definition of what a man is. masculinity alone does not make a man," to which the best selling author replied, "DON'T TEMPT ME, FRODO!!!"

Meanwhile, actress and presenter Jameela Jamil went to defend her fellow Brit and slammed Owens for being a homophobe.

"Harry Styles is plenty manly because manly is whatever you want it to be, not what some insecure, toxic, woman-hating, homophobic dickheads decided it was hundreds of years ago. He's 104% perfect," she tweeted.

After receiving a ton of backlash from celebrities and the public, Candace Owens stood by her actions as she took to Twitter to clarify her statement.