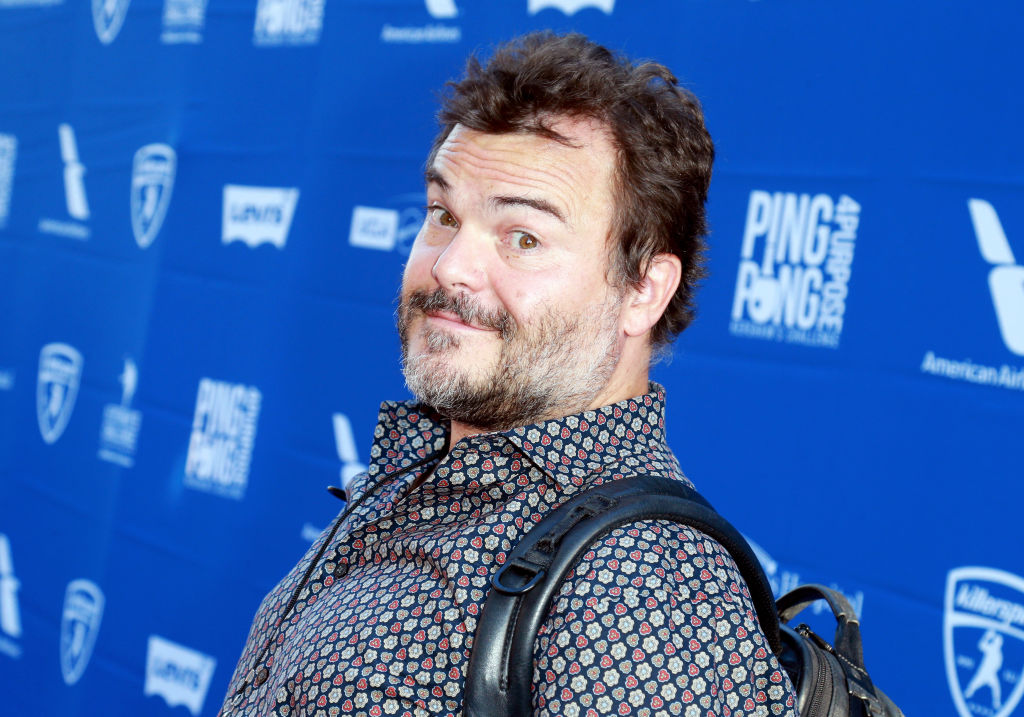 One does not need to be literally sexy before doing the "WAP" dance challenge.

Netizens launched the "WAP" dance challenge after Cardi B and Megan Thee Stallion released the now-hit song. Of course, people online participated in the challenge, including actor Jack Black.

On Sunday, the 51-year-old comedian stripped down and posted a hilarious NSFW video for the dance challenge.

Black donned a red Speedo and began twerking beside his home's pool.

"CHALLENGE ACCEPTED," he captioned the post as he thanked the people who captured the video and managed the water hose.

He made it look "sexier" by twerking as he got drenched in water.

The video, which now has over 1.4 million likes, caused other Hollywood stars and fans to laugh harder than ever.

"Get it !!!" Robert Downey Jr. commented. Meanwhile, Jeremy Renner said, "Nothing but love for ya brother," Renner, 49, wrote.

One fan wrote, "Thankyou so much for this. My depression was at an 11 until this made me laugh and shake it off."

"I'm so impressed with his windmill leg thingy going on!!!" another one exclaimed.

"PROTECT THIS MAN AT ALL COSTS PLEASE," one fan added.

This is not the first time Black made fans go crazy over him, though.

The "Jumanji" star posted another meme-worthy video on TikTok doing the "stay at home" dance challenge amid the coronavirus pandemic. The certain clip pushed him to become TikTok famous.

While he is now a rising star on the platform, Black actually broke his fans' hearts last year after hinting that he might leave the "Jumanji" franchise soon.

In September 2018, he got his name inducted into Hollywood's Walk of Fame.

During his "Hollywood Walk of Fame" ceremony speech, Black announced his retirement (jokingly) for the first time. However, his fans did not find the "joke" funny and started to boo.

He also revealed the same thing to Balance, saying that "Jumanji: The Next Level" might be his last movie, though he is not a hundred percent sure yet.

Per the actor, he is currently enjoying the idea of early retirement from the entertainment industry. However, he is still considering to film one more movie after the award-winning series.

"I've got a couple of tricks up my sleeve. But not too many. I am looking to wrap it up pretty soon. Ride off into the sunset," he proclaimed.

Jack Black detailed his decision even more to Tiffany Haddish, the guest host of "Live With Kelly and Ryan."

"Why go on? Once you get the star, on the Hollywood Walk of Fame, you have achieved the highest level of awesomeness," Black said. Although he might leave "Jumanji," he clarified that he does not plan to retire yet.

In reality, though, Black appeared to be dead serious about his retirement to spend more time with his family. The decision is now up to Tanya, his wife, and his kids as they play a big role in what he is about to do about his career.