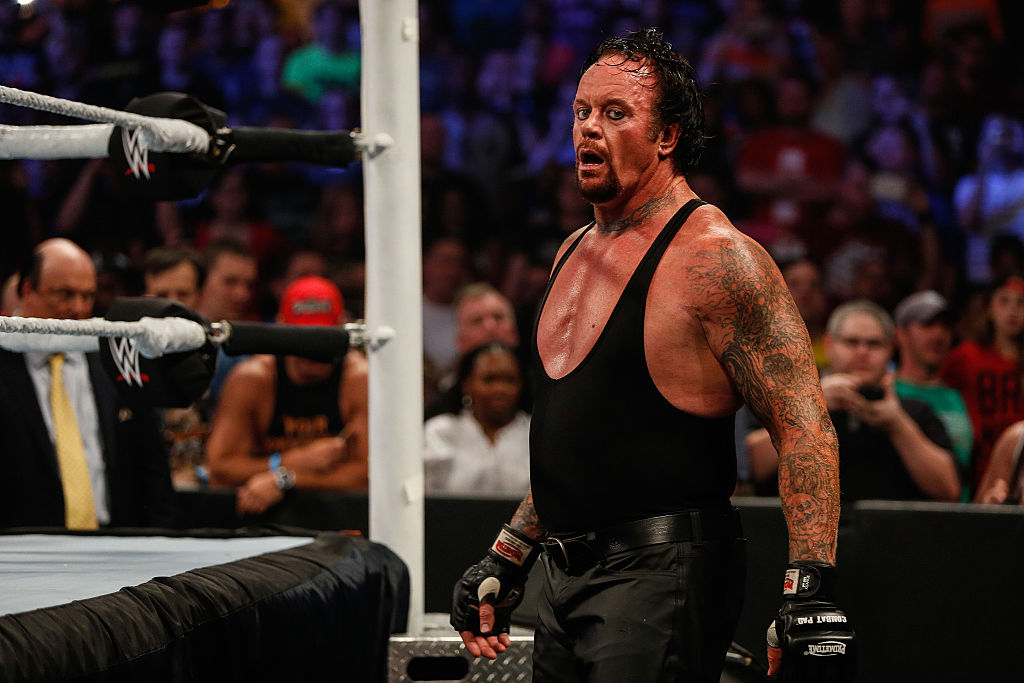 Dwayne Johnson penned a heartfelt tribute for WWE superstar The Undertaker, who recently bid his final farewell to pro wrestling.

Johnson took a look back to where he came from and showed support to The Undertaker after he announced his retirement.

The Undertaker Rests in Peace

"My time has come to let The @undertaker Rest In Peace," WWE quoted on the tweet.

The Undertaker, whose real name is Mark William Calaway, also delivered a heartwarming statement on the series on Sunday night. It marked the end of his three-decade career as one of the most-watched and looked-up wrestlers in the world.

"For 30 long years, I've made that slow walk to this ring and have laid people to rest time and time again. And now my time has come," the 55-year-old said.

Soon after the announcement came out, several WWE legends honored him, including Johnson.

Instead of saying goodbye, Johnson chose to reminisce the first time he bumped into the WWE superstar.

"30yrs ago today, he made his iconic #SurvivorSeries debut. Like EVERYONE - I was in awe as a rookie in the @WWE when his first words pierced my soul as he walked in the dressing room and said, "Muthafucka" True story," The Rock said in his tweet.

Johnson also posted one of their earliest selfies before expressing how honored he is to get on the same ring with The Undertaker.

For 30 years, the now-retired professional wrestler showed off his gruesome ring performances and exceptional wrestling moves.

He managed to rule several wrestling categories, including the world heavyweight championships in WWF/E seven times. The Undertaker was also hailed as the WWF/E Champion four times and won the World Heavyweight Championship three times.

With these recognitions, it is not surprising that he received a lot of support from colleagues and fans after his final farewell.

Aside from Johnson, the whole WWE community took off their hats to show respect to The Undertaker.

WWE fans can no longer hear him say "Rest In Peace" and "Burn In Hell" to a rival, so they began trending #ThankYouTaker on Twitter to show their appreciation for The Undertaker.

One fan said, "A legend. Thank you for all you have done! Still one of my favorite old school wrestlers."

"Your departure from us is a very sad thing. you are a true legend. nobody compares to you, you are the past, the present and the future. Thank you, Undertaker," another one wrote.

"Hey, this is the world we live in right now. Be grateful that we got to see it at all and that he is still alive and well," a fan penned. "There's always hope for the Hall of Fame. Maybe by then we can resume some sense of normalcy and thank him in-person."