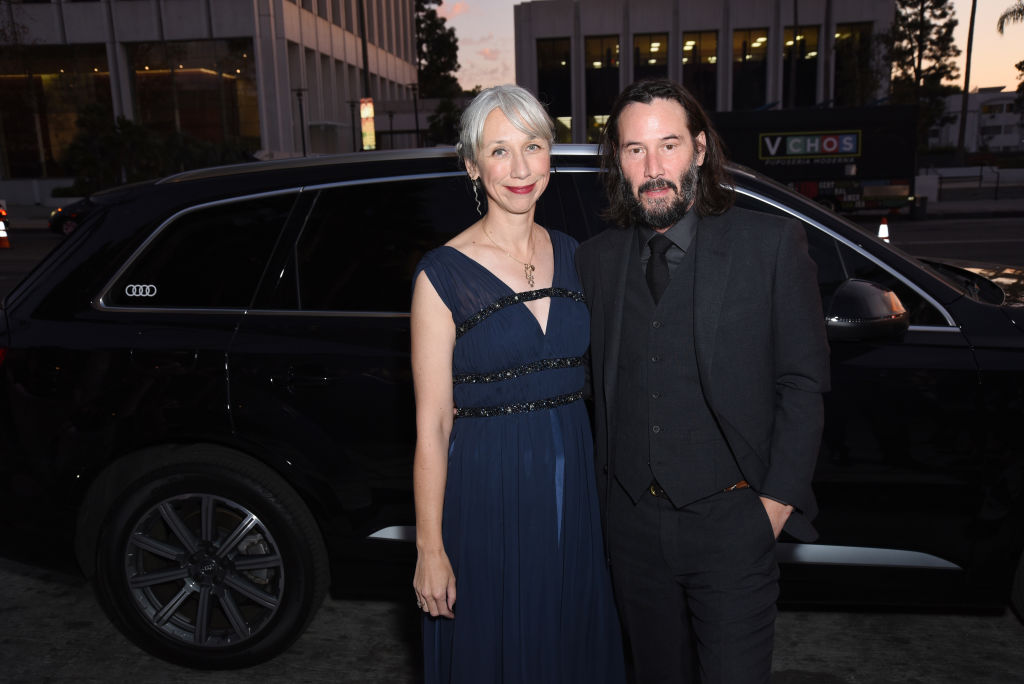 Is Keanu Reeves finally saying goodbye to the single life at the young age of 56?

According to OK! Magazine's December 7, 2020 issue, he's gearing up for a private wedding ceremony to his artist girlfriend, Alexandra Grant.

The pair are said to be hoping to tie the knot in an elegant and intimate ceremony at Keanu's home in Hollywood Hills.

The outlet's source revealed that the very private couple is making everything in their power to keep the wedding ceremony extremely contained.

"It's all very hush-hush. It wouldn't be a showy affair."

The source also believes that Keanu Reeves and Alexandra Grant's special day would take place sometime before the year.

"It seems like Keanu and Alexandra would want their day to be a celebration of their love, not an industry event."

The "Matrix" star and his 47-year-old girlfriend have kept their courtship under wraps, but there's no denying that they are a match made in heaven.

Recently, Alexandra accompanied her boyfriend to Germany for his "Matrix 4" shoot, where the couple was also snapped packing on the PDA while hanging out with some of his co-stars.

Alexandra also hinted that she has been thinking about marriage, saying, "Love is deeply important to my identity."

The insider also said that the wedding could be shaped up the way they are - their artsy bond.

"I can see them writing their own vows, as they both have a gift for words."

They added, "There are whispers they're planning a moonlight reception with a vegan buffet and the first dance to a piece from Tchaikovsky's ballet 'The Sleeping Beauty.'"

So as many await the big day, the source added that people close to Keanu would be overly emotional and happy for him.

"Everyone is thrilled to see Keanu with a woman who's his match, intellectually and spiritually."

"They're so happy and ready to seal the deal."

However, OK! Magazine is known to publish such dubious reports. There's no evidence that the two are ready to tie the knot. If they were, several outlets would also be reporting about it.

But when he did make the headlines, the news is pretty impressive.

In 2019, news broke out that he was seeing an artist who dabs in drawing, painting, video art, photography, and sculpting, Alexandra Grant.

Though it seemed like the two had just met at that time, apparently, the couple has known each other for years.

Keanu and Alexandra met in 2011 when they worked on a book together, "Ode to Happiness."

After that, they have been spotted several more times, such as an intimate Thanksgiving dinner in 2013; working on a second book together in 2016; and in 2017, they created their own publishing company.

Before dating, they have been very good friends for years, but no one knows for sure when they started dating.

Some said it was in 2017, while others said they didn't start being serious with one another until early 2019.