Legendary actor Sean Connery, who became the first "James Bond," died nearly a month ago at the age of 90.

He died in the early hours of Halloween at his home in the Bahamas, surrounded by his family.

According to his wife, Micheline Roquebrune, Connery died in his sleep, but not many details are known.

But TMZ recently was able to acquire the actor's death certificate and jotted down the factors of his death as pneumonia, respiratory failure, old age, and atrial fibrillation. This heart condition causes an irregular and fast heartbeat.

It can also heighten the person's risks of heart failure and strokes.

Sean Connery's family announced his death last month, with the death certificate indicating he died at 1:30 AM at his Nassau mansion and had an occupation of "retired actor."

The family confirmed his passing in a statement that Connery "died peacefully in his sleep surrounded by family."

Because of the coronavirus pandemic, a private ceremony was held. Still, a memorial is yet to be planned as the family only wants it to happen once the virus has ended.

Connery left behind Roquebrune, his two sons Jason and Stefan.

Jason also told the BBC during news of his dad's death, "We are all working at understanding this huge event as it only happened so recently, even though my dad has been unwell for some time."

"A sad day for all who knew and loved my dad and a sad loss for all people around the world who enjoyed the wonderful gift he had as an actor." 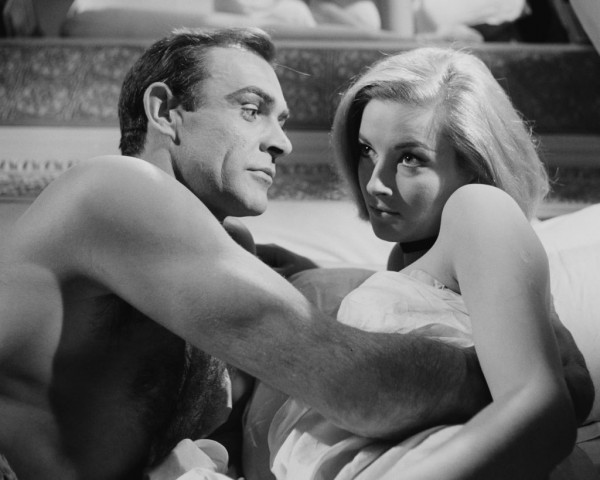 Sean Connery, whose entertainment career spanned five decades, is best known for being the first actor to portray" James Bond" from 1962 to 1971.

The first 007 film he starred in was "Dr. No," and went on to star in seven more films across the franchise, which also include "Goldfinger" and "You Only Live Twice" and "Diamonds Are Forever."

Later on, Sean Connery received an Oscar for his role as an Irish police officer for "The Untouchables."

Her Majesty Queen Elizabeth also knighted Connery in 2000 for his contributions to the entertainment industry.

News of the first "James Bond" star's official cause of death comes after his widow, Micheline Roquebrune, revealed that he "would return home."

Speaking at their luxurious home at Lyford Cay this month, she revealed that they were bringing Connery back to his home country in Scotland because it was his final wish.

Roquebrune further revealed that Connery wanted his ashes to be scattered in both the Bahamas and Scotland.

Connery's widow, a 91-year-old Moroccan-French painter, who married the actor for about 50 years already, intended to carry out her husband's final wishes at the earliest opportunity.

Micheline Roquebrune said, "Whenever it is possible and safe to travel again, then it is the family's intention to return to Scotland with him."

"We would like to organize a memorial service for him in Scotland - that is our hope. But we cannot say when this will happen exactly."

She also paid an emotional tribute to Sean Connery, describing him as a "gorgeous man" with whom she shared "a wonderful life" with.

Tags: james bond sean connery sean connery death sean connery cause of death
© 2022 EnStars.com All rights reserved. Do not reproduce without permission.
Most Popular
You May Also Like

Jack Hedley Dead at 92: James Bond ‘For Your Eyes Only’ Actor’s Tragic Cause of Death Revealed

Known as a prolific actor in television, Jack Hedley passed away at the age of 92.

Sean Connery's cause of death was reportedly revealed by his loved ones a month after the "James Bond" actor passed away.

Daniel Craig Didn't Like THIS Celebrity To Replace Him As James Bond?—'Premature' [REPORT]

Daniel Craig was reportedly unhappy over a particular actor taking over his role as James Bond and called public demand 'premature'.

Daniel Craig Halts Appearing As 'James Bond' All Because Of His One Fear? [Report]

Daniel Craig had apparently given up his recurring role as James Bond after realizing his fear of doing scenes with stunt work.

Daniel Craig's recent film 'No Time To Die' is the last time that he will be portraying James Bond; is it true that he gave up the role to save his 10-year marriage with Rachel Weisz?

Henry Cavill Wants To Be In a 007 Film But NOT as James Bond Following Huge Rejection; What Will His Character Be?

Henry Cavill recently revealed that if James Bond producers wants him to be a part of their movies, he's willing to 'explore further.'

No Next 'James Bond' After Daniel Craig; Is 007 Franchise Officially Ending?

"No Time to Die" will hit the theaters on Oct. 8, 2021, but there's no news who's going to replace Daniel Craig as James Bond in the next movie franchise.

As Daniel Craig's final movie as James Bond approaches, many fans are taking to social media to insist that Henry Cavill should take on the role.