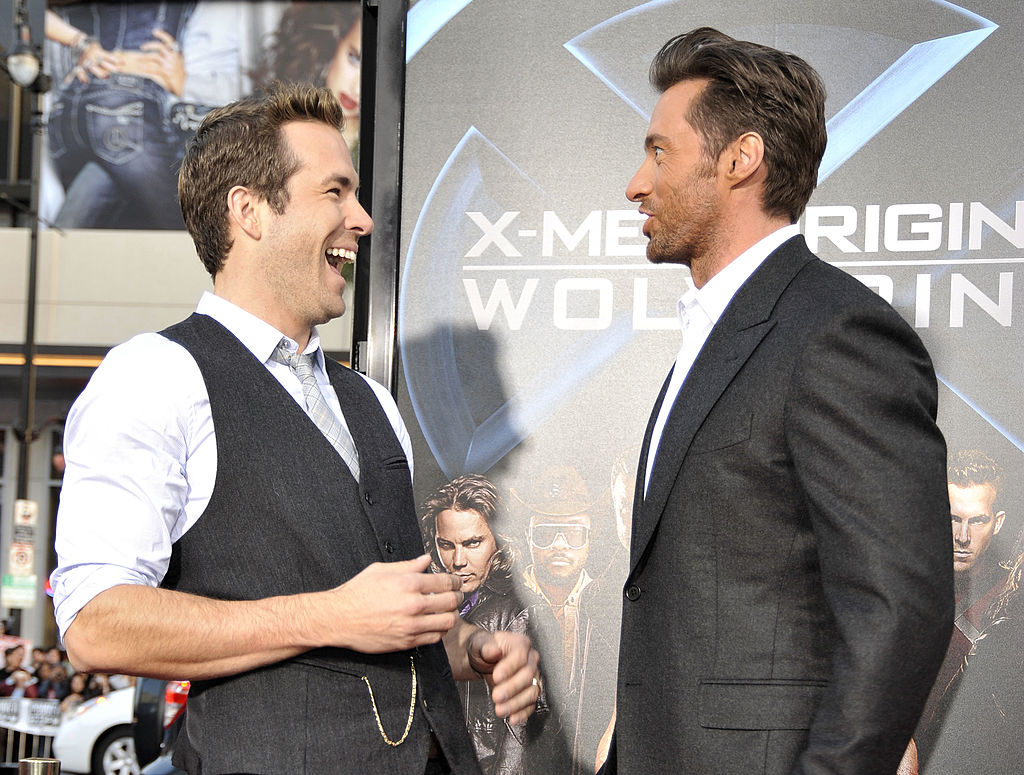 On Instagram, the Australian actor shared a clip of his new commercial featuring the "Deadpool" star in charitable partnership with Sam's Club and Jackman's coffee company, Laughing Man.

Dubbed as "The Feud," Jackman began by explaining their project's initiative that would benefit community farmers.

"This holiday season, every time you buy Laughing Man Coffee at Sam's Club, you'll be helping coffee farming communities around the world. The Laughing Man Foundation invests in programs that clear the way to health and growth for coffee farmers and their families," the Golden Globe winner explained

While standing next to the Canadian-American actor, Jackman jokingly criticized Reynolds as he discouraged fans from supporting his liquor company known as Aviation Gin.

"And a special word for those who'd rather buy Aviation Gin, stop enabling this man. He's not my friend, he's not your friend, I'm pretty sure he's nobody's friend," he mentioned.

In the latter part of the video, Jackman surprised his rival by recruiting his mom, Tammy.

"Isn't that right, Ryan's mom?" he asked before the video cut to Tammy making a cameo and chiming in, saying, "That's right, Hugh!"

To his surprise, the Reynolds asked, "How did you get my mom?" to which he replied, "She's staying with me."

"She's staying with me, "hahaha someone has a new stepdad," one wrote, while a second fan commented, "poor Ryan."

A third user pointed out how the two used their fake social media feud for a good cause: "Love the initiative! And what a treat to watch you two banter."

Meanwhile, an individual appeared to take Jackman's side as he jokingly wrote, "This is so funny! Love it. I'd never buy Aviation Gin, rather spend all my money on Laughing Man!"

On the other hand, Reynolds took to Twitter to express his sentiment over the actor's surprise.

He responded to Jackman's post, saying, "Let my mom go."

In addition, the "6 Underground" star posted a photo alongside Tammy and wrote, "Just want everyone to know Tammy is now home safe. Thank you all for your concern."

The Hollywood actors' long-standing social media rift started in 2009 after meeting on the set of "X-Men Origins: Wolverine."

Although the A-listers were actual friends in real life, fans seemed to enjoy their banters on Twitter.

Just recently, Reynolds had a collaboration with Jackman for his coffee company.

The "Free Guy" star narrated a day in the Australian actor's life, starting from the time he wakes up to his work-from-home set up--which includes making his own cup of coffee.

In a sarcastic voice over, Reynold detailed Jackman's achievements, including being a humanitarian, an ambassador and Laughing Man Coffee owner.

"This is Hugh Jackman. Noted humanitarian, goodwill ambassador, eternal optimist, and founder of Laughing Man Coffee," Reynolds said before continuing by sharing what keeps the award-winning actor in his sunny state, which he attributes to drinking his morning coffee.