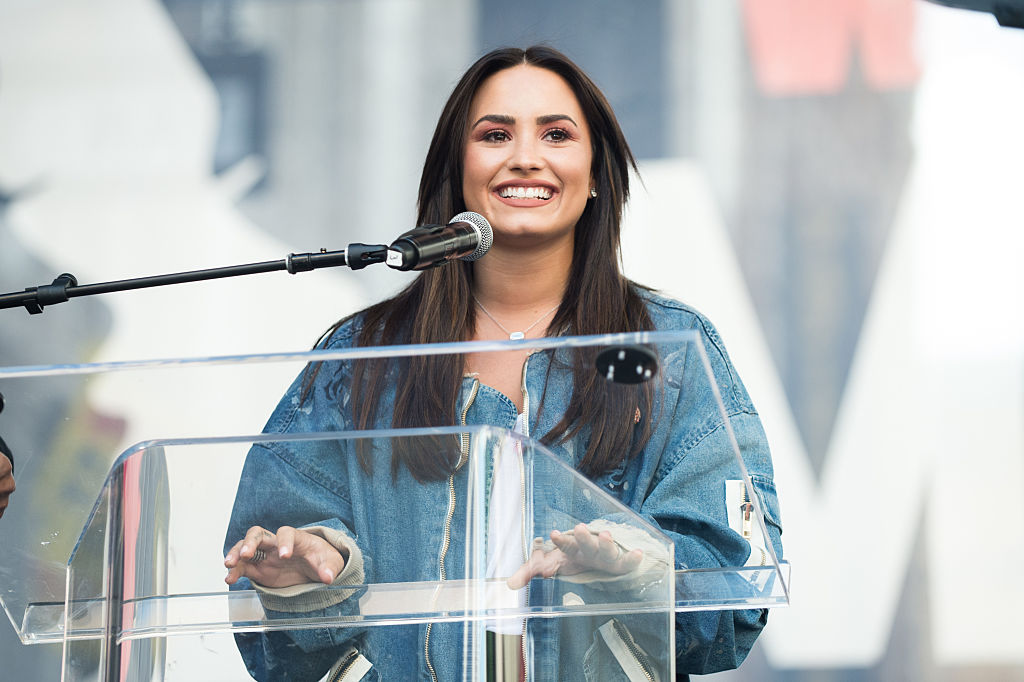 Demi Lovato faced a wave of backlash for sending mixed signals amid the Thanksgiving holiday.

The former Disney star joined a slew of celebrities who took to social media to shared a glimpse of how they celebrated the festivity together with their families.

On her Instagram Story, the "Sorry Not Sorry" hitmaker posted a photo of her prized roasted turkey alongside a caption, "I'm thankful for all of you."

Unfortunately, eagle-eyed fans noticed a recent IG post from Farm Sanctuary featuring the singer-actress with a wide smile as she cradled a medium-sized turkey.

For the organization's "Adopt A Turkey Project," they thanked Demi for participating in their advocacy and being one of the "compassionate ambassadors" to use their platforms to raise awareness about the "grim reality" of these animals.

The "Heart Attack" songstress also posted a series of photos during her visit at the Farm Sanctuary last October, sharing that she rescued a Turkey, which she later named Sandy.

"I recently visited @farmsanctuary, which is the first animal rescue specifically for farm animals in the U.S. I spent the day with cows, goats, sheep, pigs, donkeys, and turkeys, who were all rescued from cruelty. The highlight of my tour was cuddling with a rescued turkey named Sandy. Not only are these animals cute, but they are forgiving," she wrote.

With this, social media dragged Demi Lovato and questioned her involvement with the organization and its advocacy to rescue "spokesturkeys" instead of having them for Thanksgiving dinner.

"Demi Lovato at an animal sanctuary holding a turkey. Then proceeds to cook a turkey," one tweeted.

A second user also expressed the same thought and said that the Disney alum's holiday post "bothered" him.

"I love you @ddlovato, and I'm proud of your journey...but this has really bothered me. Was it THAT turkey?! Who just longed to live?!" the critic said while adding hashtags #Vegan #sorrynotsorry #GoVegan #MercyForAnimals, as well as tagging the Farm Sanctuary.

Another one went to call out Lovato and mentioned that what she did is totally "cringey."

Meanwhile, one fan tried to decode the "Camp Rock" star's action with a hilarious speculation: "wait if it died due to old age... also what if she was invited and it ain't even her own turkey lol."

However, some fans stood by her side and called out the haters who slammed Lovato.

One fan even blasted critics for bashing the singer for every little thing she does.

"people attacked Demi Lovato for posting a glass of water once then tried to cancel her for squeezing a lemon because they said she was "mocking" someone, and now they are trying to cancel her for eating turkey and celebrating Thanksgiving. y'all see the problem?"

The singer-actress never addressed the issue and seemed to be unfazed by the backlash.