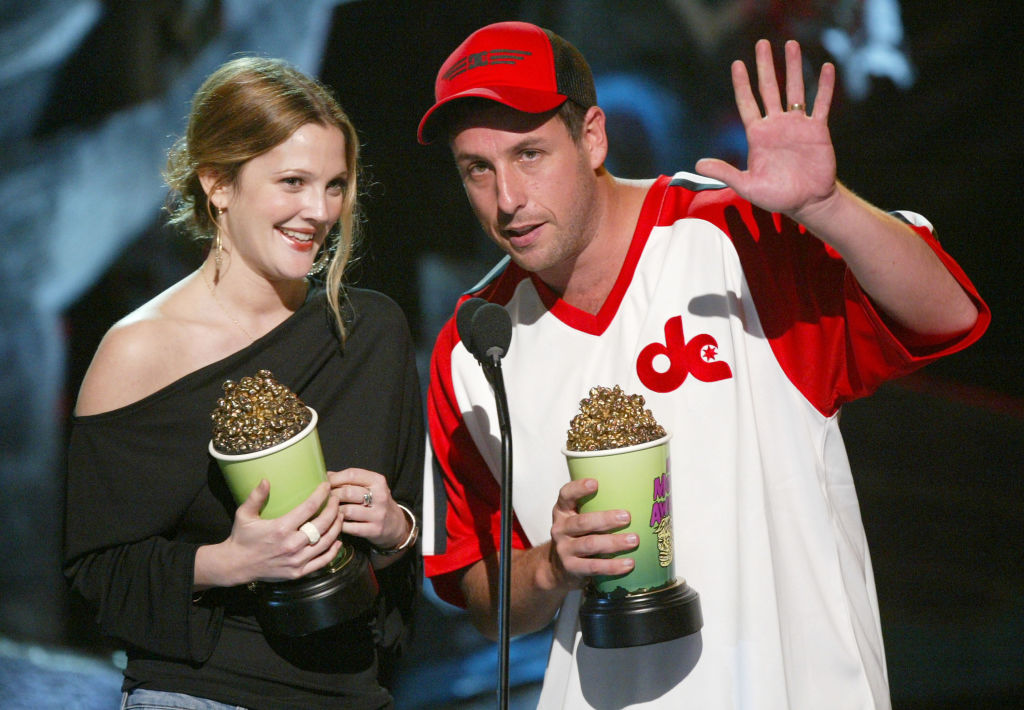 Adam Sandler and Drew Barrymore made several romantic films in the past. The question now is: will the duo bring back their chemistry and create another flick?

Sandler and Barrymore are known for creating hit-romantic films in every decade.

Now that 2020 is about to end, Sandler and Barrymore both hinted that they could grace the big screens again in the upcoming decade.

During the 2020 MTV Movie & TV Awards: Greatest of All Time Ceremony, they won the title for GOAT Dynamic Duo. Of course, they took their time to recollect the past while receiving the award virtually.

According to Barrymore, she felt delighted by how she was able to film a movie in each of the past three decades.

Although she mistakenly thought about the unfortunate events that happen this year, she eventually realized what he said and agreed to make a new film with him.

"Yeah, that's true - but also, it's a new decade, so we get to make another movie together," Barrymore said, to which Sandler replied that they still have 10 more years to film something amazing.

Technically, they still have nine years and one month to create a project. However, the 45-year-old actress joked that the time is not enough to find something special.

They are indeed deserving to be called MTV's GOAT Dynamic Duo since they still support each other in their endeavors despite not sharing a project in the past few years.

To recall, Sandler was one of the first guests when Barrymore officially launched her brand new talk show in September 2020.

At that time, they did a skit of one of the best moments from their popular 2004 romantic-comedy film, "50 First Dates."

In the film, Barrymore portrayed the role of Lucy, who is suffering from amnesia. Whenever she wakes up, she keeps on repeating a specific date--never moving on from it.

"Hi Lucy, good morning. It's me, Henry. We are on I think our 5,000th date together and it's been great. I'm going to catch you up," Sandler said in character.

He even told her that it is already 2020 before revealing that they are in the middle of a pandemic.

Although it happened for a very short time, it hyped their fans and made them hope that the on-the-spot skit would happen soon.

After the two hinted about the possibility of a new project, their long-time fans quickly expressed their excitement over the idea.

One said, "Please do! The onscreen chemistry between you two is unparalleled in Fifty First Dates and still gets me. Blended was ehhh. Just realized I have no recollection of the Wedding Singer - must review that one."

"The Wedding Singer is one of Sandler's best comedies," another one wrote. "Let him and Ms. Barrymore be in something like Punch Drunk Love - Sandler has the talent to drama and comedy together."