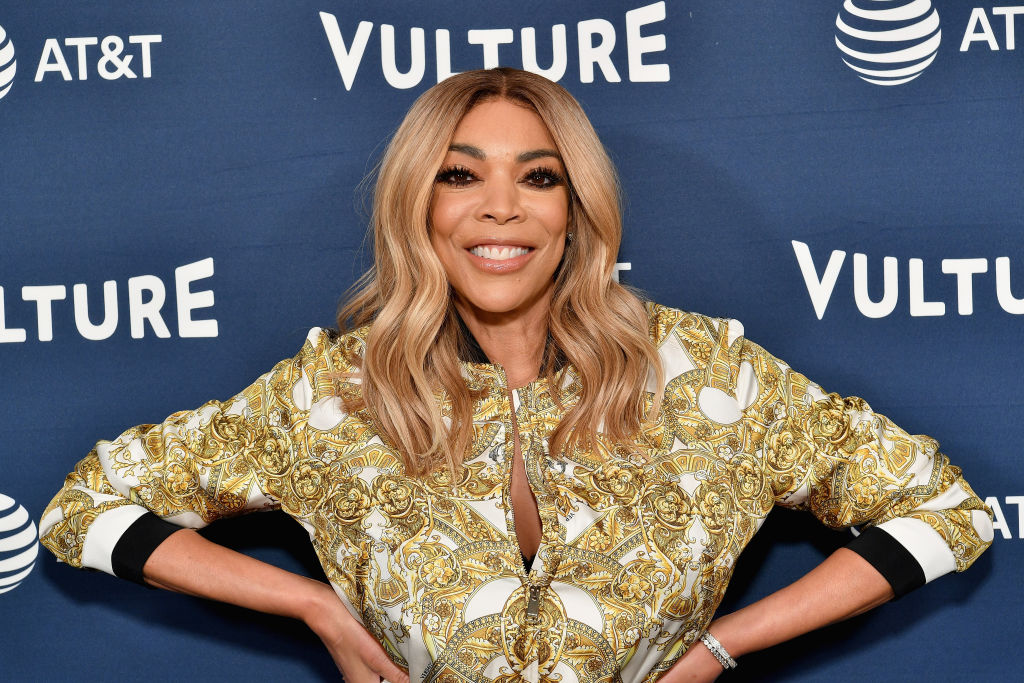 The host wore a dark satin dress while she announced the "Hot Topics" segment of her show, "The Wendy Williams Show."

"You know how during corona, during the world, topsy-turvy, people starving, people out of jobs, just in everybody's life there's something new, well," she started off her statement.

"And you know how you lose track of the day and date, and the times, all I know is that it was a long time ago," Wendy continued.

"She passed away beautifully and peacefully and surrounded by love."

She revealed that her mom "didn't suffer not one bit" and said many great things about her mom.

Wendy Williams also went on to gush about how she was so close to her late mother,  describing it as being "two teenage girls."

The 56-year-old left a seat open in the audience to honor her mom, who would sometimes dropped by on her show to have a chat.

Many thought that it was odd that the talk show host and her family could hide the news for weeks and how Wendy was able to go on with her show in her usual way, given that her mom's passing was a deep and personal loss.

But after her announcement, her brother Tommy debunked Wendy's claims.

He said in an Instagram Live, "I was quiet for a while. My mom passed last Sunday, and you see, I've been doing my videos, moving along. I haven't been sharing."

Tommy took the opportunity to defend his sister, saying that "it's mental health."

"Now, maybe some of you can see what Wendy's been going through. It's mental health, y'all. It's life. She might be a celebrity and out there on the stage, but she's a child of somebody as well."

He further added, "She's a sister. She's an aunt. She's a mother. You know how that goes. And then it's all laid out on stage."

Tommy mentioned how his sister is the type of person that doesn't know how to take a day off because he believes her work is messing up her mental health.

Wendy Williams has indeed been dealing with mental health issues for the past couple of months.

In May, it was revealed that she was in a "bad mental state" before announcing an abrupt hiatus from her show.

She took the time to announce that she'll be taking time off from "The Wendy Williams Shows" because of the "fatigue" from her Graves' disease.

However, she returned to social media a month later.

In October, she also addressed rumors about her health and concerns about her mental well-being after one of her show's episodes made viewers feel like she had erratic behavior.

Wendy lost focused several times while speaking and even started to trail off or pausing awkwardly in the middle of her show.

But she said, "I appreciate you watching, but even after all of these years, it's still work. An effort put in for the hour I'm out here, you know? I guess every day is not perfect, but I'm not a perfectionist. I'm not perfect."