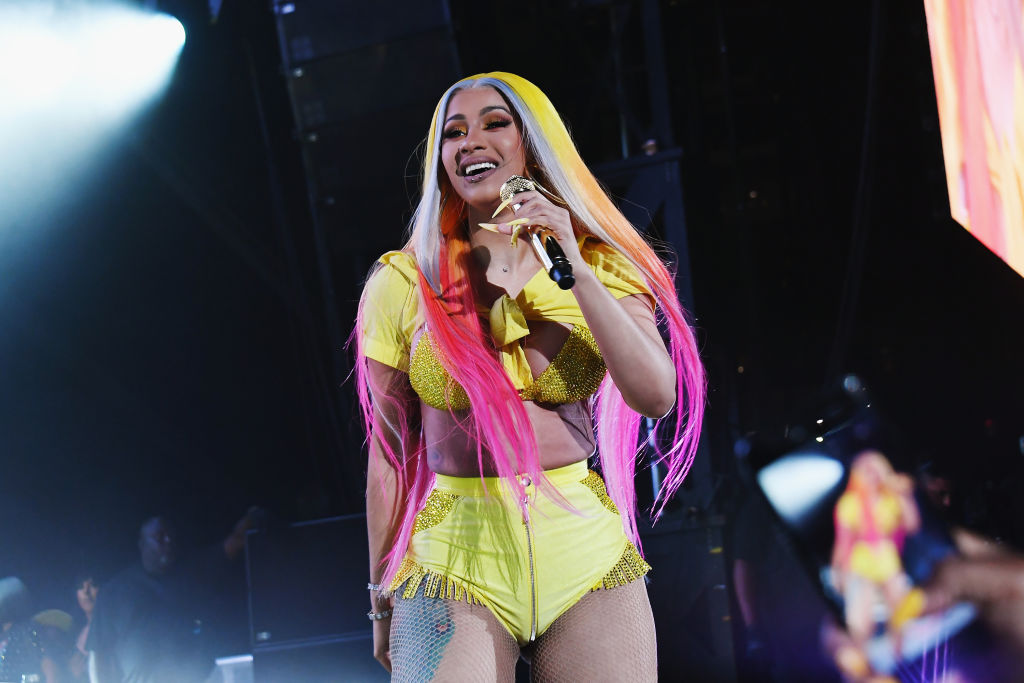 Her court case against her former manager Klenord "Shaft" Rafael has finally been put to an end after a judge found the entire matter "including all claims and counterclaims dismissed in its entirety with prejudice against all parties."

This meant that her former manager's 2018 lawsuit and the "WAP" hitmaker's countersuit couldn't be brought back to court at any point in the future.

The former co-workers have also agreed to pay all of their legal fees.

Court documents obtained by All Hip-hop News said, "The parties have further agreed that all parties to this action shall bear their costs and attorney's fees."

Meanwhile, the 28-year-old rapper celebrated the end of her legal battle with Shaft, telling her Twitter followers, "Feels good to be free."

Shaft claimed he discovered the "Bodak Yellow" hitmaker in 2015 and even secured her a spot on "Love & Hip Hop."

He filed a $10 million breach of contract lawsuit against the mom-of-one in April 2018.

According to him, Cardi B abandoned their agreement so she could sign with an Atlanta-based managed company named Quality Control. This is the same company that also represents her husband Offset and his rap group, Migos.

The former manager also claimed that he connected Cardi B with "publishers and producers" who helped create one of her hit songs, "Bodak Yellow," which helped her catapult to superstardom in 2017.

But in response, the New York-born rapper and her legal team have filed a $30 million countersuit in July 2018, claiming that the former manager set up a "one-sided" and "unfair" management deal with her since she signed her contract without a lawyer.

TMZ reported that the countersuit stated that Shaft received 20% in commissions but tried to get even more money off Cardi B's publishing deal with Sony Music.

The "I Like It" singer also alleged that her former manager attempted to control parts of her personal life, including her relationship with her then on-again, off-again husband, Offset.

In court documents obtained by TMZ in 2018, Shaft reportedly put barriers between Cardi B and other people "to maintain complete control over her," and even reportedly telling her who "she should and should not see" romantically.

Because of their legal battle, it reportedly "snagged up" the "Please Me" singer's recording career "and millions in royalties due from her label Atlantic Records during that period."

Meanwhile, it has been a rollercoaster of a 2020 for Cardi B, who filed for divorce from Offset, but later took it back as they want to remain married.

© 2021 ENSTARS, All rights reserved. Do not reproduce without permission.
TAGSCardi B cardi b 2020 Cardi B Offset Offset Cardi B songs Cardi B WAP wap
SEE COMMENT
CLOSE COMMENT