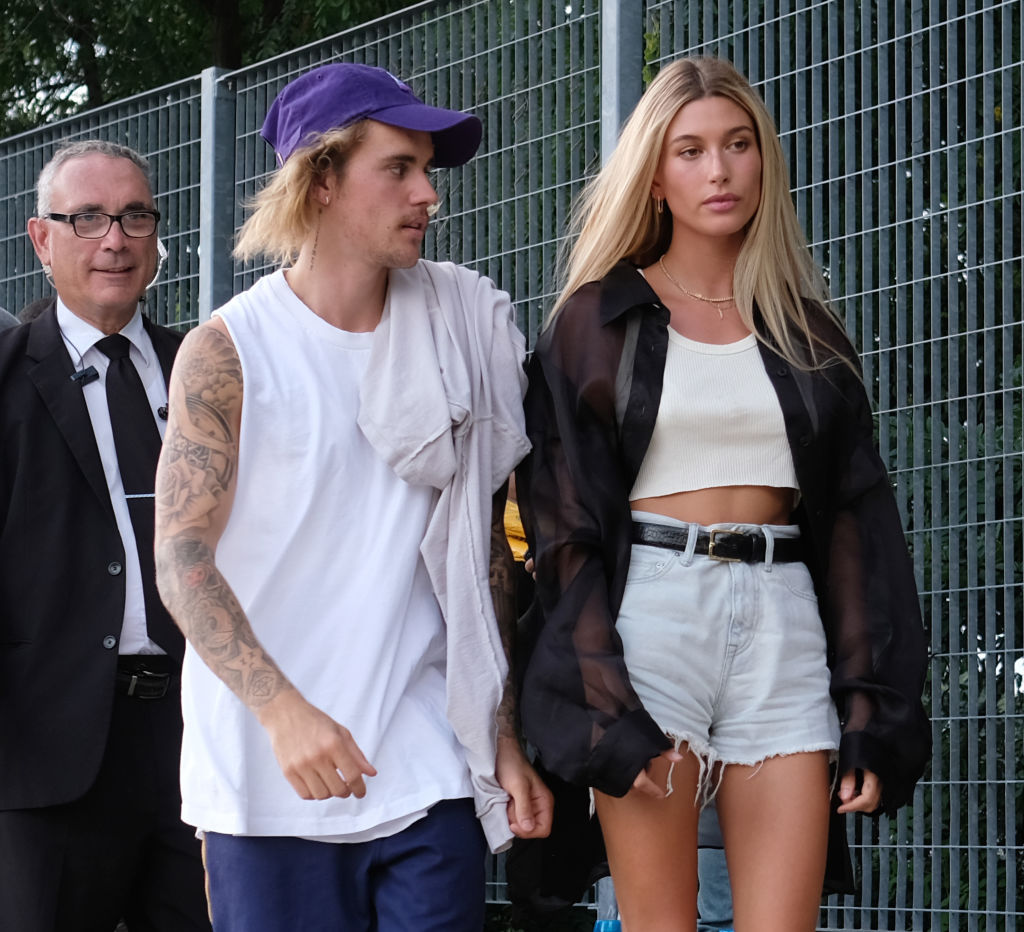 It seems like Justin Bieber and his wife, Hailey Bieber, can't seem to stay away from each other's comment sections.

The Hollywood couple had some very NSWF banter on their social media.

It all started with the Grammy-winning singer posted a video of him singing on Instagram.

But it didn't end there, as Justin Bieber responded to his wife's comment.

Turning up the heat, the 26-year-old Canadian singer said, "Ur jaw is other places too, let's be honest."

But thankfully, the 24-year-old model didn't seem upset by the singer's comment, so she just cheekily responded with, "Omg, please go to sleep."

The fans went wild when they saw the happy banter, leaving all kinds of responses to their almost-explicit interaction.

Comments ranged from laughing emojis to heart emojis. Some criticisms policed about Justin and Hailey Bieber's "adult talks" to one another on their Instagram and other social media accounts.

Though there's nothing scandalous about their raunchy joke online, it was something unexpected from the both of them.

But that isn't the first time that it has happened.

Last year, he captioned a video of him playing hockey.

Justin took to his Instagram to brag about his skills, saying, "Like my wife always says.... I got good hands," to which Hailey Bieber commented, "fact."

Before the couple's recent steamy exchange, the "Yummy" hitmaker showered his wife with holiday cheer and affection in a series of photos that showed the two of them at the beach.

Justin wrote, "What a way to spend Christmas night with the absolute love of my whole existence. Obsessed with you so much it hurts, lol."

Meanwhile, his wife's post reads, "my very own Christmas love."

Justin and Hailey Bieber got married in an intimate courthouse ceremony in September 2018 and married once again in a lavish ceremony a year later.

Justin Bieber made it no secret that he enjoys being married, revealing that the reason the couple, who started dating in June 2018, married so quickly was because he and his wife had been practicing abstinence before their marriage.

The "Holy" hitmaker reportedly started becoming celibate before he began dating Hailey Bieber because he felt that intimacy had become a vice for him. As a Christian, Justin wanted to rededicate himself to God.

He explained in a Vogue February 2019 interview, "I wanted to rededicate myself to God in that way because I felt it was better for the condition of my soul. And I believe that God blessed me with Hailey as a result. There are perks. You get rewarded for good behavior."