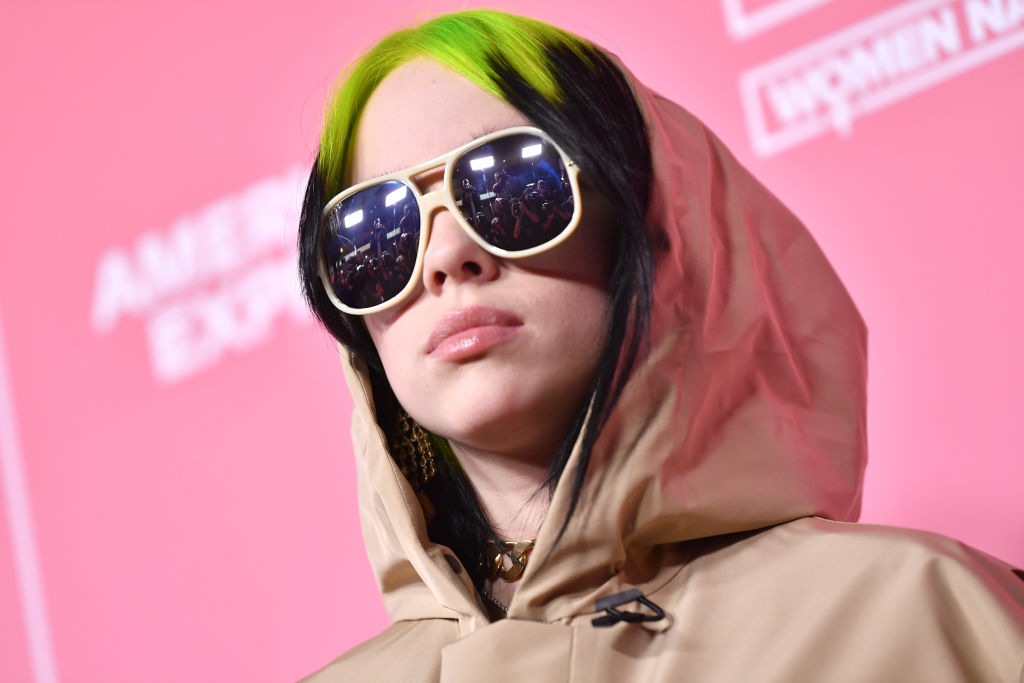 Billie Eilish won the Instagram battle against her critics, as she immediately regained the followers she lost.

Several internet challenges has become big hits now. For instance, there is an ongoing "Post a Picture Of" Instagram challenge online, and Eilish was the latest star to join the trend.

The 19-year-old "bad guy" hitmaker was asked to post a screenshot of her lock screen and a drawing she is proud of. Interestingly, she showed a photo of two topless women (as her lock screen) and several drawings of a woman's bare breasts (as her favorite drawing).

The sketches were also surrounded by drawings of snakes alongside the caption, "these probably lol I love boobs."

One hour after posting the photos, a fan noticed that Billie Eilish's Instagram update caused the singer's number of followers to decrease by 100,000.

"BYE NOT HER LOSING 100K CUZ OF BOOBS," the internet user said after the once 73 million followers of the singer became 72.9 million in just an hour.

Despite that, the "everything i wanted" singer outshined everyone again after regaining the 100,000 followers she lost.

As of writing, she once again has over 73 million Instagram followers.

It was not the first time she called out her fans over their behavior, though.

One week before the incident, she told her fans to stop making fun of her hair's green highlights.

Billie Eilish's songs have been widely recognized by critics and fans. However, the theme song she made for James Bond's film stirred some backlash.

Some '007 fans claimed that the young artist was not the right choice to sing the song for the long-running franchise.

Despite that, she acknowledged their opinions and said that their reaction was totally understandable. However, she openly spoke about how the period became a rough one for her.

"[But] my favourite thing is an open mind, especially when it was closed before. I love when people aren't stuck to their pretenses, which I am totally guilty of all the time," she told Variety.

Still, she kept her head high and believed that her participation is actually good.

READ MORE: Marcus D'Amico Dead at 55 -- Shocking Cause of Death of 'Tales of the City' Actor Revealed