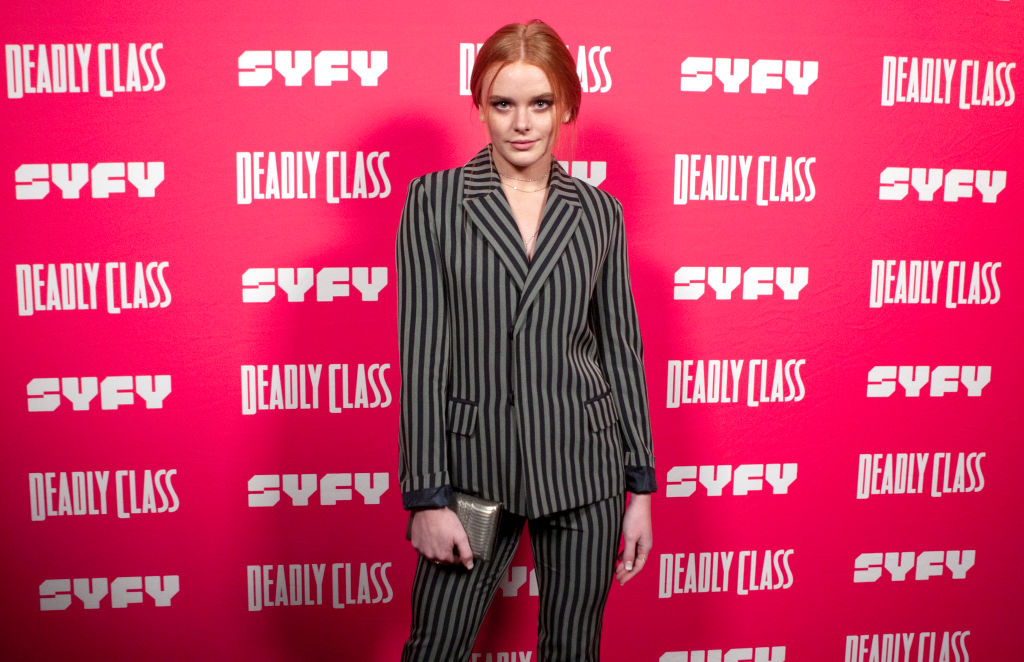 It's a visually stunning fantasy quest centered around young women who have magical powers that are not yet developed but have yet to learn to focus on their full potential.

Unlike her classmates, Bloom is the only person who recently found out about her powers after losing control and setting her home on fire. However, her teachers at the fairy school believes she has incredible potential once she chooses to embrace her powers and strengths instead of running away from them.

"Fate: The Winx Saga" received mixed reviews from critics after it's release on Thursday, withc critics assessing its characters up and storyline itself.

Distinct Personalities But One Stands Out

"Fate: The Winx Saga" series has a large ensemble cast, but each member has a distinct character.

TV Insider said that the dynamic between them feels authentic, and each one of them receives an equal amount of screen time.

However, one cast that stands out is Beatrix, played by Sadie Coverall, who is a wicked fairy with lightning powers and has mysterious motives for enroling at the school.

Though the series only has six episodes compared to other Netflix originals, the plot is compressed into each episode, which puts viewers at the edge of their seats each time.

Shouldn't Be On Netflix

However, Decider said that the series shouldn't be on Netflix and should be on The CW instead, along with other similar shows such as the former hit "The Vampire Diaries."

The outlet believes that "Fate: The Winx Saga" has a "Scooby gang" approach to the entire story because it seems too familiar.

Variety also mentioned how Bloom's character, as well as the other ladies' characters, are a "mashup of cliches."

The outlet also pointed out how the show has a vibe of "Harry Potter" mixed with "Pretty Little Liars" and "multiplied it all by 'The Hunger Games.'"

It also didn't fail to mention how it took a page out of the "Riverdale" book by giving everything "an ominous sheen of sexy intrigue."

The Spool, meanwhile, said that the visuals of the cast and the show itself has "matured," which doesn't suit Netflix's "Fate: The Winx Saga" at all.

"The narrative elements also never quite reach an engaging complexity."

It added: "It's a shame they couldn't imagine a more radically connected world. This is especially dangerous when you have your hero realize they are a part of this lineage ."

A month before "Fate: The Winx Saga" was released, the show has already managed to anger Netflix fans because of allegedly whitewashing two characters and the show's dark tone.

Fans are saying how the Saturday morning childhood staple "Winx Club" had gotten a "Riverdale" type of dark makeover instead of the colorful world many are accustomed to.

Critics believe that the Netflix show was a complete downgrade instead of what they hoped for a "fresh take" on the animated series.

Whitewashing, which is common in Hollywood, made two characters too white, making the casting choices "especially disappointing," according to Screenrant.

Elisha Applebaum, who plays Musa, is playing a full Asian character despite being 3/4 white and 1/4 Singaporean. At the same time, Flora, who has a brown skin tone on the original show, is now replaced by Terra's white character, played by Eliot Salt.

"Fate: The Winx Saga" stood out in Netflix, but as usual, it still received criticisms. (Paul Butterfield/Getty Images)