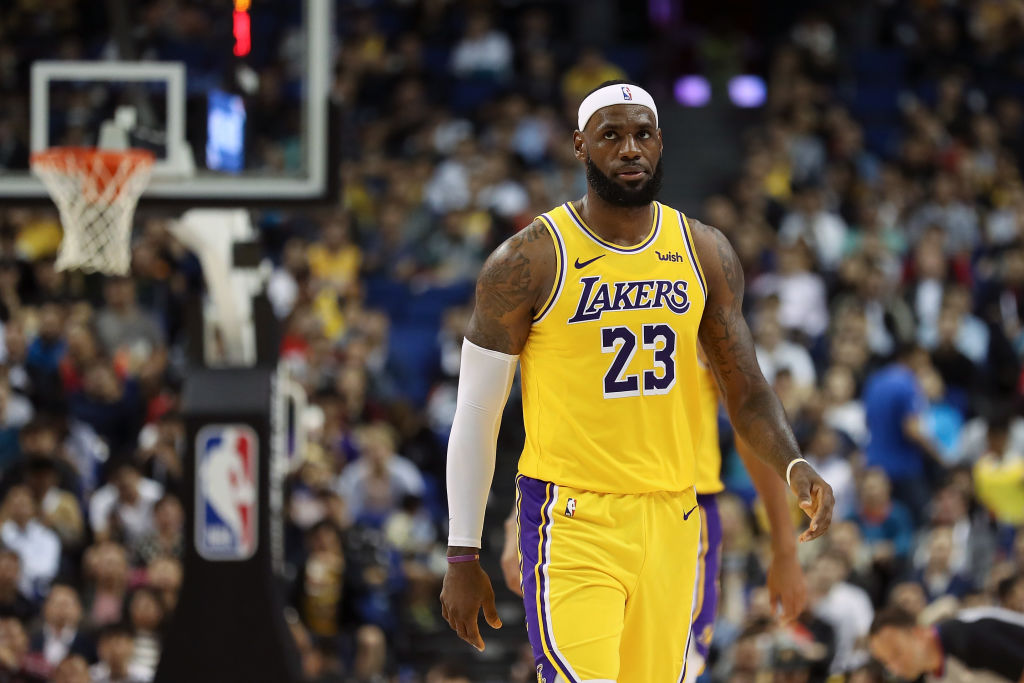 LeBron James and the Los Angeles Lakers won the franchise's 17th NBA title back in October. However, they weren't able to have a parade in Los Angeles because of the strict safety protocols instilled during that time.

The same can't be said for Super Bowl 55 champions Tampa Bay Buccaneers, as Tom Brady and his teammates were able to celebrate their victory on the water in front of their fans.

Nonetheless, no one had the best time than the five-time Super Bowl MVP champion in a socially distant boat parade.

On Wednesday, Brady celebrated his seventh Super Bowl win by tossing his Lombardi Trophy off the end of his $2 million yacht.

In a heart-stopping moment, the 43-year-old chucked his prized trophy to a shirtless Rob Gronkowski, who caught it with ease (with the help of another teammate) just like the two touchdown passes he caught on Super Bowl Sunday.

The two boats were moving and had a distance of about 10 to 15 feet between them.

The most impressive pitch and catch of @TomBrady's career 🤯🏆

But after the impressive toss, a video showing a drunk and smiling Brady went viral, and he even responded to a tweet with misspelled words, saying, "Noting to see her... just litTle avoCado tequila."

Following the NFL player's epic throw and his drunken state of mind, LeBron had an epic response to what he just witnessed.

Quote-tweeting Brady's message of misspelled tweets, LeBron said, "Man o man, I wish we were able to have our parade too cause I would have been walking beautifully just like you!"

Man o man I wish we were able to have our parade too cause I would have been walking beautifully just like you! 😁😁🥴🥴👍🏾 https://t.co/6hDMncAKO7

He finished it off with three smiley emojis and a thumbs-up emoji.

Although the Los Angeles Lakers were deprived of celebrating their win, they are playing elite basketball once more this 2020-21 season, and they may celebrate another success, this time, in boats as well.

LeBron James and Tom Brady have both reach their respective championship rounds.

After Monday's win over the Oklahoma City Thunder, LeBron James said of the 43-year-old quarterback, "He's one of the GOATs. I've been watching him play my whole life."

"To see him go out and do the things that he's done in his career and for him to win another one yesterday in the fashion that he won, it was pretty cool."

LeBron added, "It's very inspiring for a guy like myself."

While Tom Brady wants to play until he turns 45, LeBron's future is more circumstantial.

He admitted that he's not sure how long he'll be playing the game and how much more he'll be able to give to the game: "We'll see what happens. I have no timetable on it."

LeBron James reacts to the video of a drunk Tom Brady after the Buccaneers' Super Bowl 55 celebration. ( Lintao Zhang/GETTY IMAGES)