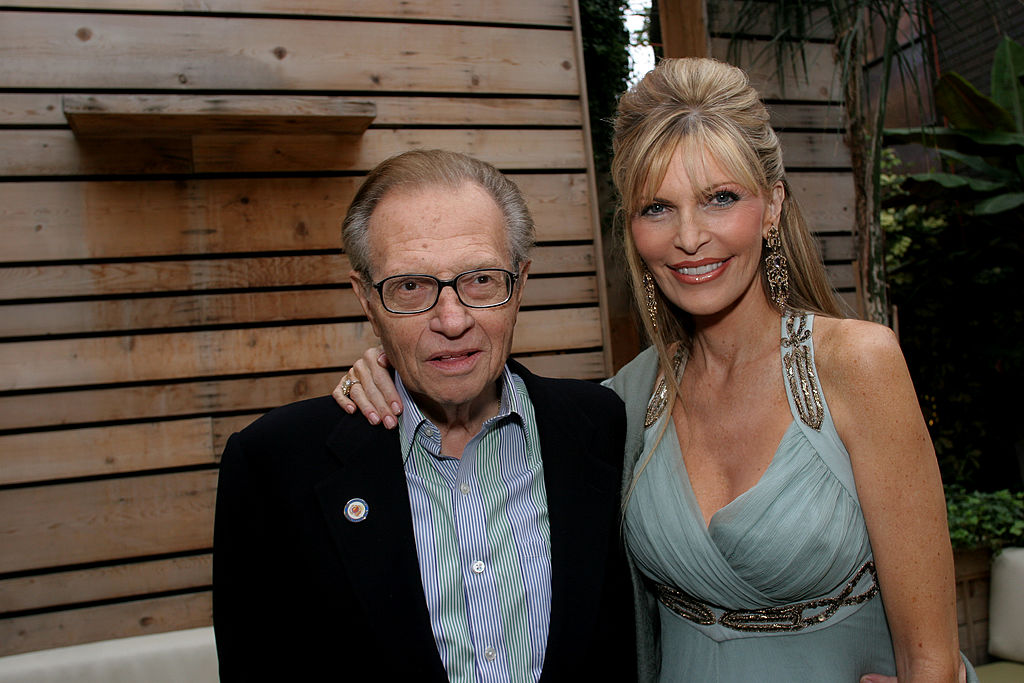 Larry King is in the middle of a controversy even almost a month after his death.

His estranged widow, Shawn Southwick King, is contesting the iconic host's amended will in new legal documents obtained by TMZ.

The outlet revealed that Larry wrote an updated will in 2019, leaving his $2 million estate to his five children.

Larry stated that he wanted his children Chaia, Andy, Larry Jr., Chance, and Cannon to divide his fortune equally. However, two of them, 65-year-old Andy and 51-year-old Chaia, died in 2020.

Unluckily, Shawn wasn't even part of the entire will amendment.

The handwritten will is dated Oct. 17, 2019, two months before Larry filed for divorce from Shawn after being married for 22 years.

Still, Shawn said that her ex-husband's handwritten will doesn't change her position as executor under his 2015 will.

The new documents also stated that the last handwritten will violates two post-nuptial agreements between Larry and her about his ability to give his children gifts.

Shawn further claimed that at the time he wrote his last will, Larry suffered a stroke. She argued he had a "questionable mental capacity" during that time.

TMZ also reported that one of the TV icon's surviving sons, Larry King Jr., has filed documents to become the estate's special administrator.

He noted that his dad was in the middle of divorce proceedings when he died.

Nonetheless, Shawn continues to claim that her estranged husband didn't even know about Larry Jr. until his son was in his 30s.

Additionally, she also said that Larry Jr. got "improper" gifts from his dad's secret account, so it shouldn't be possible to preserve the estate and that she's the one with the most knowledge about her late husband's businesses, assets and wishes.

An insider told Entertainment Tonight, "Shawn was actively involved in Larry's career, and businesses was a partner in many of them and continued in that role up to Larry King's death."

The formal document, which previously held Shawn's name as the executor of Larry King's estate, was filed in July 2015.

She is also the sole trustee of the King Family Trust, an estate planning trust in charge of King's name, rights, companies, LK Productions and Larry King Enterprises Inc.

Having the power also gives her the right to appoint directors and officers when needed.

Larry King Cause of Death

On Jan. 23, Larry King died at Cedars-Sinai Medical Center in Los Angeles at 87.

According to King's  wife, he died from a sepsis infection.

Larry King's last will that doesn't include his widow is now the subject of controversy. (Kathryn Gaitens/Getty Images)