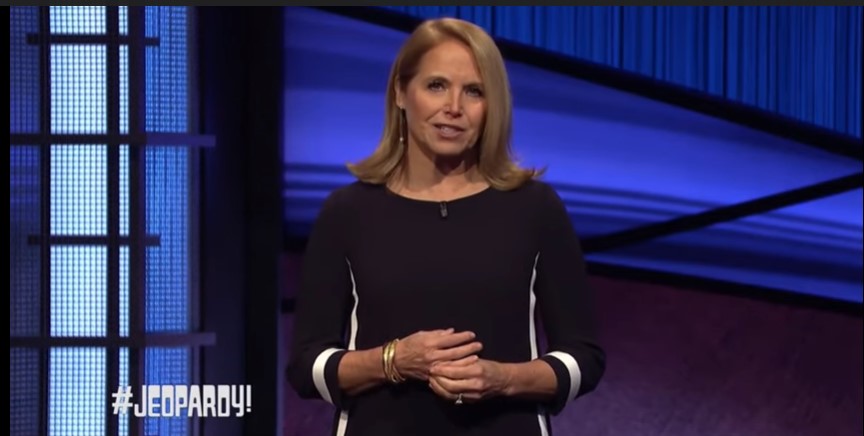 After Alex Trebek's death, Jeopardy! continues to rotate guest hosts, and the show's ratings fluctuate. With Katie Couric at the helm, the latest ratings saw a 5% drop. However, it was tied for first place in game show ratings with Wheel of Fortune.

The show's actual performance, however, does not appear to be reflected in this downward trend in Jeopardy! ratings. Almost every other syndicated game show, for example, has seen a decline in ratings in recent weeks.

Ratings fell for all three of the top-rated game shows over the course of the week. Wheel of Fortune, for example, was down 2% from the previous week, while Jeopardy! and Family Feud were down 5%.

Couric was the first female host of the game show. On March 8, she took the baton from "Jeopardy!" executive producer Mike Richards, who had gotten it from Ken Jennings, the game's legendary champion and current consulting producer.

"Jeopardy!" has had a wild year in terms of ratings in 2021. In early January, the final episodes for longtime host Alex Trebek, who died in November after a battle with pancreatic cancer, reached season highs. During his farewell week, the show received a 6.6 rating, with his final episode on Jan. 8 attracting 14 million viewers, the most in over a year.

However, in his second week, the show's ratings dropped to 5.9. Despite the low ratings, many show fans expressed their support for Ken Jennings on social media, with some even threatening to boycott the show if he left.

Dr. Oz takes over for Couric this week, so we'll see if the trend persists.