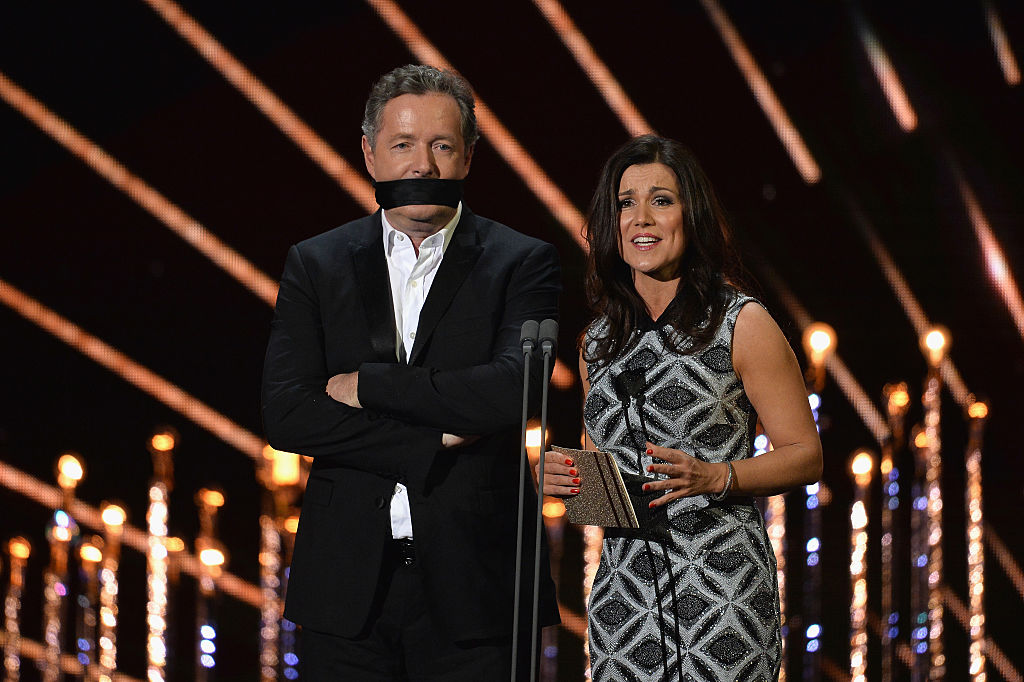 With Piers Morgan gone from "Good Morning Britain," it may seem like there would be a breath of fresh air.

But it viewers of the morning show have noticed that ever since the controversial host quit his role, Reid has been trying to "cover" Morgan.

Without Piers Morgan, GMB has become quieter - but it disappointed the fans that his former co-host is trying to take on his shoes.

On Thursday morning, Susanna Reid was slammed for her interview with Ed Miliband, who joined the show via video call to talk about the "electric revolution."

Though Miliband still doesn't own an electric car himself despite calling for an electric vehicle revolution across the UK, Reid mocked him.

She asked, "I presume you have got one?"

Then he responded, "I have not yet, it is a work in progress."

Then Reid hit back at their guest, saying, "What? Practice what you preach."

Miliband, looking embarrassed, assured Reid that, "It is a work in progress. We had actually gone out of our way to buy one before lockdown."

He also promised, "I have bought an electric bike but it is on its way."

On Twitter, fans slammed Susanna Reid for being rude.

One person said, "Susanna Reid seems to be trying too hard to cover for Piers Morgan that she's become very rude."

They added, "No matter your political viewers, no need to talk to Ed Miliband in such a belittling way."

#GMB Susanna Reid seems to be trying too hard to cover for Piers Morgan that she's become very rude. No matter your political views no need to talk to Ed Miliband in such a belittling way.

Another person tweeted,"Susanna Reid consistently comes across as really rude to all guests."

Susanna Reid consistently comes across as really rude to all guests. Trying to hard to get an answer to a question that nobody is that arsed about.

The way she spoke to Ed Miliband just was so patronising. This show is turning into complete rubbish. #GMB

Who is Susanna Reid?

Susanna Reid started her career as a reporter for BBC Radio Bristol and Radio 5 Live. She joined BBC News 24 as a reporter and became a stand-in presenter later on, which later turned into a more permanent position.

GMB isn't the first morning show she started presenting with, because she first joined BBC Breakfast and "Sunday Morning Live" in 2010.

Following backlash over his comments about Meghan Markle's interview with Oprah Winfrey, Piers Morgan has quit on GMB for the year.

According to reports, all of Morgan's stuff was already packed in boxes, but he has yet to return to the studio to collect all of it.

READ ALSO: Is Kelly Ripa Getting Replaced On 'Live! With Kelly and Ryan?' Fans Want Sub To Be Permanent

In an image he posted on Twitter to his 7.9 million followers, Morgan said, "Goodbye Good Morning Britain!"

Meanwhile, Susanna Reid took to her own Twitter to say, "End of an era. Thank you for five incredible years of rows, rants and reasons to eye-roll."

As of writing, it's still unclear who will be replacing Piers Morgan on "Good Morning Britain.."

It was previously rumored that Ben Shephard would be taking the place of Morgan, but ITV dismissed it as he will remain to present family rather than taking over.

But it's not like Morgan will be gone from TV soon. He has a few projects already lined up for him.

He may be joining GB News, which is said to become the most important news TV to launch in the UK.