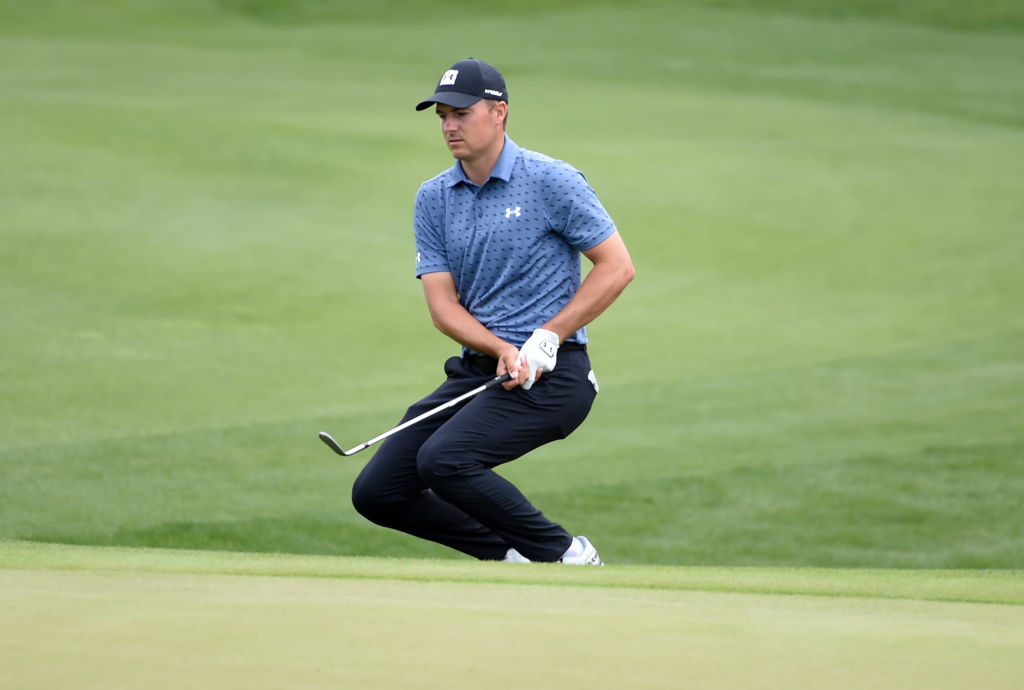 Jordan Spieth's long journey came to an end on Sunday, when he won the 2021 Texas Open by two strokes after shooting four consecutive rounds under par. It's Spieth's first PGA Tour victory since 2017, and the 27-year-old has struggled to find his game after a stellar start to his career.

There were a lot of times I wasn't sure if I'd be here [in the winner's circle]," Spieth told NBC after the final round. "I never doubted in myself to get back to where I wanted to go. When you lose confidence, a lot of times it's hard to see the positive going forward. ... It's a team effort, and I've been blessed to work with the best in the world at everything they do. This is a monumental win for me. It's one I've certainly thought about for a long time."

Spieth (-18) shot a 67 or better in three of the four rounds of the Texas Open, including a 66 on Sunday to finish two strokes ahead of second-place finisher Charley Hoffman. He birdied three of his final six holes on Sunday and ended the tournament with a total of 14 pars or better.

Spieth is enjoying his best golf in three years as the 2021 Masters gets underway on Thursday. He's one of the favorite to win the tournament, with 11-1 odds heading into Augusta after winning the Texas Open. According to William Hill Sportsbook, he's tied for third best on the board with Bryson DeChambeau.

"I actually felt really light. I felt like I just wanted to come out and smile, try to have some fun," Spieth was quoted by CBS Sports as saying. "That's kind of been a challenge for me on these Sundays when I've been in contention is really, going into the round, I've not come out with a real lightness to me. I just felt like today, I did. ... Man, it's been a long road."

Spieth's win is significant not just because it occurred in his home state, but also because it comes just days before he competes in the 2021 Masters at Augusta National, the site of his greatest victory in 2015 and his most humiliating loss in 2016.

Spieth's victory is his 12th on the PGA Tour and his first since winning the Open Championship in 2017. He's just the fifth player in the last 40 years to win 12 or more tournaments before turning 28, joining Tiger Woods, Phil Mickelson, Rory McIlroy, and Justin Thomas.


Spieth has been on a roll since the Phoenix Open in February. He has four other top-five finishes and two top-15 finishes in seven events, in addition to his win on Sunday (he placed T48 in The Players Championship).

Jordan Spieth reacts to a missed chip in on the 15th hole during the final round of Valero Texas Open at TPC San Antonio Oaks Course on April 04, 2021 in San Antonio, Texas. (Photo by Steve Dykes/Getty Images) (Getty Images)