In an explosive opening for Mornings With Christine & Salt on 96.5 TIC, host Christine Lee notes how Ingrid Michaelson "broke the Internet last week" before turning the mic to the "Missing You" artist.

Ingrid then shared how Zayn and his manager reached out to her camp, expressing interest in future collaboration. Finding the interest "odd" and wondering why the former One Direction member wanted to go on a collab with her, she shared that the project temporarily got shelved until the global coronavirus kicked in. 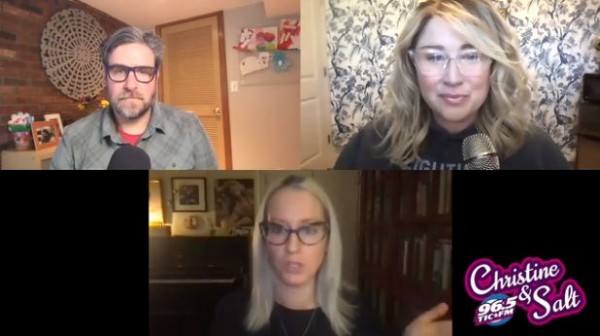 The collab in question is the recently released track "To Begin Again, which dropped about half a month ago. In a live stream where Ingrid Michaelson shared stories and insights with her fans, she accidentally mentioned that Zayn was already married to model Gigi Hadid - because she actually thought they were. Furthermore, some transcribed her statement and posted it on Twitter, where it promptly went viral.

Needless to say, the 41-year-old singer-songwriter was "horrified." Ingrid Michaelson immediately called Zayn's management to offer her sincere apologies. In her Christine & Salt interview, she noted how the other party was "totally understanding," but that she still felt guilty over the issue.

Nevertheless, all went well, and together they made an amazing track. She also recalls writing "To Begin Again" the night that Joe Biden won the US presidency. "There was so much joy in my neighborhood. Pots and pans being banged out of windows. Horns and whistles. Clapping. Singing!" Ingrid Michaelson shares in the 96.5 TIC interview

A Wreck Over "The Notebook"

As for her latest exploits, Salt Mac admits to being a fan of Ingrid Michaelson, before noting a recent post about The Notebook, asking Ingrid whether she has progressed in her work "without breaking down and crying."

Ingrid answers with a flat no, explaining in her 96.5 TIC chat that she writes the music and the lyrics - with the book written by Bekah Brunstetter - for the upcoming musical adaptation of the 1996 novel by Nicholas Sparks, which also inspired a popular 2004 film of the same name.

Going over the story and writing the songs that will guide the musical, Ingrid Michaelson described herself as a "wreck," adding that this project is the "most exciting thing" that she has ever been a part of. While the production was also among her projects set back by the pandemic, she notes that they are now "full steam ahead" with the adaptation - eyeing a Broadway release soon.

Last July 2020, Ingrid Michaelson got her first Emmy Award nomination for the Outstanding Original Music and Lyrics Category for the song "Build It Up," which was particularly written for the end of the Huli hit miniseries "Little Fires Everywhere."

Aside from her flourishing musical career, the lifelong Broadway fan also made her debut back in 2017, starring in the musical "Natasha, Pierre & The Great Comet of 1812." She portrayed Sonya Rostova from the July to August productions of the Broadway adaptation of an excerpt from Leo Tolstoy's "War and Peace." Her creative role in the upcoming "The Notebook" musical marks her debut in such a capacity.

RELATED ARTICLE: The Real Reason George Clooney Backed Out of 'The Notebook' -- Revealed!

Tags: Zayn Malik Gigi Hadid nicholas sparks the notebook Ingrid Michaelson
© 2021 EnStars.com All rights reserved. Do not reproduce without permission.
Most Popular
You May Also Like

Zayn Malik was seen having a heated argument with someone outside an NYC bar after he was called a homophobic slur.

Zayn Malik caught up with Julia from RADIO.COM and shared his experiences behind the scenes of "To Begin Again" with Ingrid Michaelson, and his future plans for collaboration.

In an explicit-loaded tweet he sent out on Tuesday, the "Pillow Talk" hitmaker accused the awarding ceremony presented by the Recording Academy's pay-for-play regulations.

Gigi Hadid pays tribute to her beau, Zayn Malik, as they celebrate his 28th birthday.

Gigi Hadid Pregnancy Cravings: The Extreme Measures She Had To Do To Satisfy Herself

Supermodel Gigi Hadid is just a few weeks away from her expected due date.