Zayn Malik caught up with Julia from RADIO.COM and shared his experiences behind the scenes of "To Begin Again" with Ingrid Michaelson, and his future plans for collaboration. 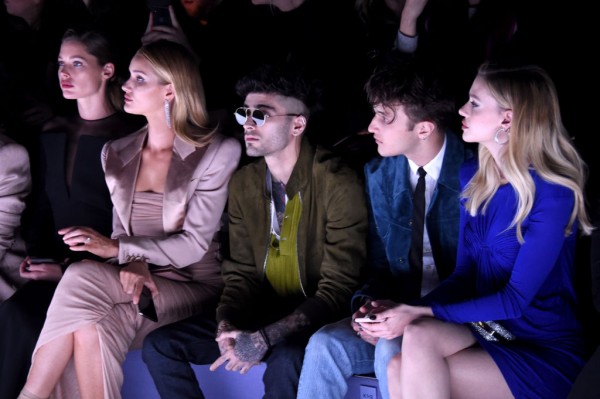 In the recent RADIO.COM interview, Zayn admits to being a big fan of Ingrid and reaching out to her for a collaboration project. The American singer-songwriter and actress responded to him and started working on what would become "To Begin Again."

"She had said she had a song that she already wrote that she might need a bit of help on, with a duet and I was like 'cool send it over' and we got it done," Zayn recalled.

After first hearing the song and the message it gets across, together with the world's experiences this past year, Zayn shares how he found the track speaking "volumes to the way that people are feeling and it resonated with me and that's why I wanted to be a part of it."

Although he looks forward to listeners creating their own connections with "To Begin Again," Zayn adds that hopefully, they also find the positive message behind the song. "Maybe we'll get a new chance to, you know, start again, begin something fresh, something new," he adds in the RADIO.COM interview.

Zayn also shared that he did not know what to expect in working with Ingrid Michaelson, explaining that while he was not expecting it to be "anything less than great," the experience was definitely better than that. "It was better than what I expected... it hit the nail on the head."

He has recently shared a sample of the track on his Instagram account, earning close to 3.3 million views and more than 30k comments on the social media site. On YouTube, where the song's lyric video is available on the Ingrid Michaelson channel, it already has close to 900k views, a week after it was originally released.

Lastly, Zayn tells Julia about his plans for future music, sharing his growing interest in country music. He revealed that he's a huge fan of the "Traveller" singer-songwriter Chris Stapleton. Additionally, Zayn has already shared reaching out to him and Stapleton has actually expressed interest in his offer.

Now known mononymously, Zayn Malik first garnered attention as a solo contestant on the British music show The X Factor back in 2010. While he was eliminated early on in the competition, he was later brought back together with four others - Niall Horan, Liam Payne, Harry Styles, and Louis Tomlinson - to form the boy band One Direction.

Zayn left the group in March 2015, later securing a solo contract with RCA. He made his debut as a solo artist with the album "Mind of Mine," released in March 2016. Its lead single, "Pillowtalk," became the first debut single by a British male artist to top both UK and US charts.

Aside from Zayn Malik's collaboration projects, he has released his third solo album "Nobody Is Listening" last January.

Tags: Zayn Malik zayn One Direction
© 2022 EnStars.com All rights reserved. Do not reproduce without permission.
Most Popular
You May Also Like

Zayn Malik May Leave US and Baby Following Yolanda Hadid Assault: What Would Happen to Khai?

Zayn Malik might be leaving the US soon and returning to his home country.

Zayn Malik's Big Legal Move Could Negatively Affect the Future of His Daughter With Gigi Hadid? Lawyer Weighs In On Scandal

Zayn Malik is currently facing legal woes after his alleged altercation with Yolanda Hadid; could this negatively affect the custody of his daughter with Gigi Hadid?

Zayn Malik, Gigi Hadid Split: Will There Be Chances of Reconciliation If He Does THIS?

Zayn Malik and Gigi Hadid devastated their fans' hearts when they announced that their six-year on-again, off-again relationship was over.

Zayn Malik is known to have struggled with personal demons for years that have led to his alleged altercation with Yolanda Hadid, the mom of his now ex-girlfriend, Gigi Hadid.

Zayn Malik was seen having a heated argument with someone outside an NYC bar after he was called a homophobic slur.