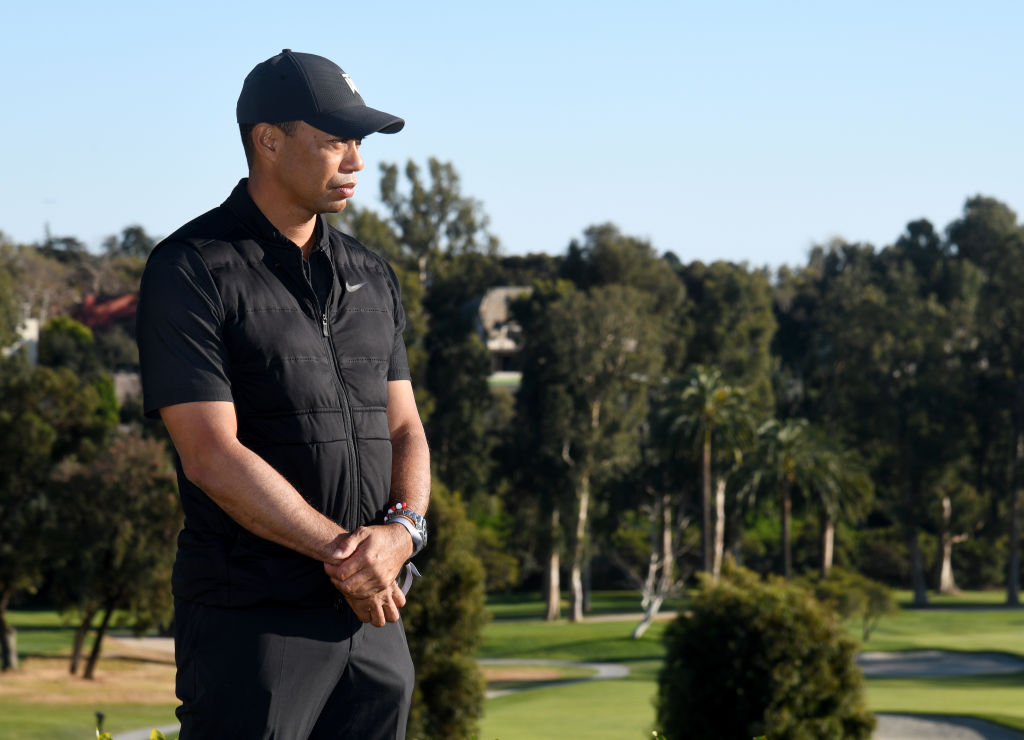 When Tiger Woods veered off the road and flipped his car near Los Angeles in February, he was nearly double the speed limit. The single-vehicle collision left the 15-time Major winner with a broken lower right leg and ankle, raising questions about his future as a professional golfer.

Now, an aerial photo of Woods' backyard at his $15 million home, which reveals his custom-built practice course under construction, has gone viral on social media. Yahoo! Sport reported that it has ignited even more speculation about the golf legend's future.

Dakota Atkinson, a Florida resident, posted the photo, which ended up on TWLegion, a Woods fan account. It has contributed to the suspense as fans wonder whether the 45-year-old would be able to return to the elite level.

It's unclear what Woods has in mind for the Jupiter Island Practice Facility, which he planned when he moved there in 2010. Many fans, however are thinking the worst, with many speculating that Woods is getting rid of the practice course because he no longer needs it.

"What if that rumor of Tiger losing feeling in his right foot is true & he's actually demolishing his practice facility," Twitter user Rannulph Junuh commented.

Woods, the world's most famous golfer, is back at home recovering from serious injuries suffered when his SUV went off the track, colliding with a large sign and trees. Woods admits he has no idea what happened or how fast he was traveling.

So, armed with data from the vehicle's event data recorder (EDR), the investigating officer informed Woods of the incident. Tiger Woods now realizes how fast he was going, hitting speeds of 80 miles per hour.

PACIFIC PALISADES, CALIFORNIA - FEBRUARY 21: Tiger Woods on hand at the trophy presentation ceremony after the final round of the Genesis Invitational at Riviera Country Club on February 21, 2021 in Pacific Palisades, California. (Photo by Harry How/Getty Images) (Getty Images)