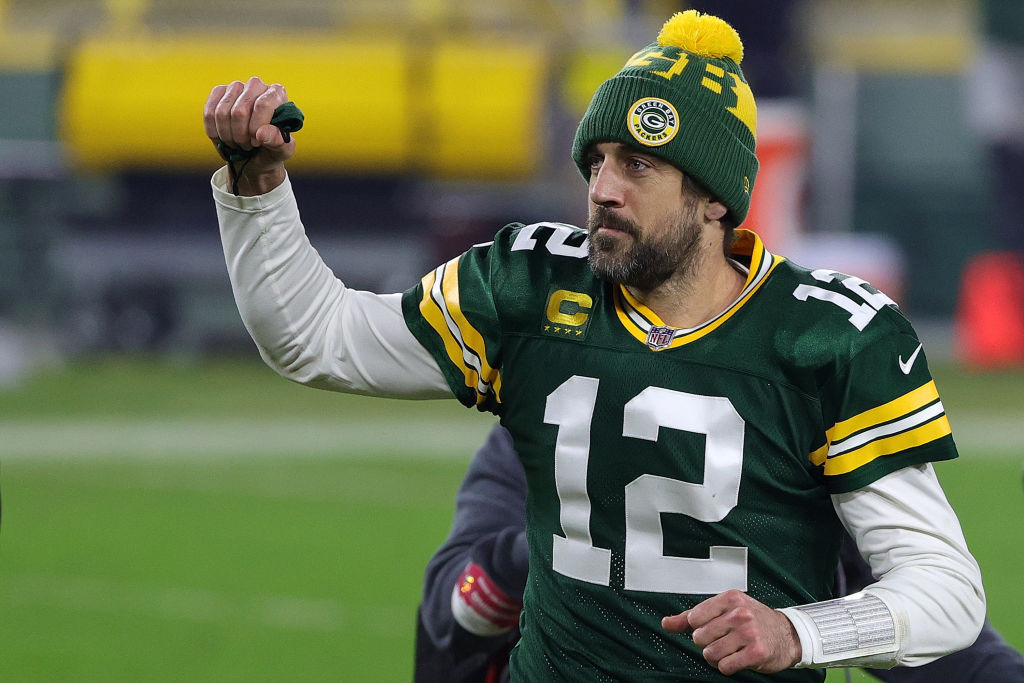 Aaron Rodgers may not be returning to play for the Green Bay Packers moving forward.

ESPN confirmed that the team is aware of their superstar quarterback's feelings that the team's president Mark Murphy, its general manager Brian Gutekunst and head coach Matt LaFleur flew on separate trips to meet with him and his agent on separate occasions.

According to Ian Rapoport, what Rodgers want is an extenstion in his contract and not a restructured one.

He explained, "Over the last month, Aaron Rodgers had his agent Dave Dunn fly out to Green Bay for several days of meetings to work through the situation. Rodgers refused a restructure. Wanted an extension. Teams called knowing he wasn't happy. GB rebuffed them. Offered an extension. No deal."

The negotiations for a long-term offer have reportedly been weeks in the making. As of writing, no deal is in place but one thing is for sure - Aaron Rodgers is not happy with Green Bay Packers.

He told Adam Schefter, "As we've stated since the season ended, we are committed to Aaron in 2021 and beyond. Aaron has been a vital part of our success and we look forward to competing for another championship with him leading our team."

Green Bay Packer fans are piling on Aaron Rodgers' fiancée Shailene Woodley after reports surfaced that he's maybe leaving the team after playing with them for 15 seasons.

Both of their names immediately started to trend on Twitter.

Fans blamed the "Divergence" actress for not wanting to sit and watch her beau in the freezing stands of Green Bay Wisconsin Lambeau Field.

One Twitter user said, "Rodgers wants to live in Hollywood with this girl. I should have seen the writing on the wall."

"Did we think Shailene Woodley was gonna move to Green Bay Wisconsin?"

Another mocked, "Shailene Woodley said if you think I am leaving Los Angeles to live in Green Bay, you are out of your mind."

But other fans pointed out that Aaron Rodgers' possible exit may be because he wants to switch teams and that others should stop it with the misogyny of blaming Woodley.

One Twitter user said, "Shailene Woodley is trending on Twitter because Green Bay fans are blaming her for Aaron Rodgers being a diva. He's always been a diva. Why do people always blame the woman? Tired of this misogynistic society."

What NFL Team Aaron Rodgers Will Play For Next?

Fans and sports experts believe that the 37-year-old legendary quarterback may be headed to San Francisco 49ers or the Las Vegas Raiders, which is somehow close to Shailene Woodley's home base which is in Hollywood.

There have also been rumors that Aaron Rodgers will be playing for the Los Angeles Rams.

The Denver Broncos is also a probable trade destination for Rodgers as QB as their team has been quarterback-deprived.

But either way, it's looking like Green Bay Packers will, once again, have another uncomfortable quarterback transition and they have to make some moves soon, per ESPN.