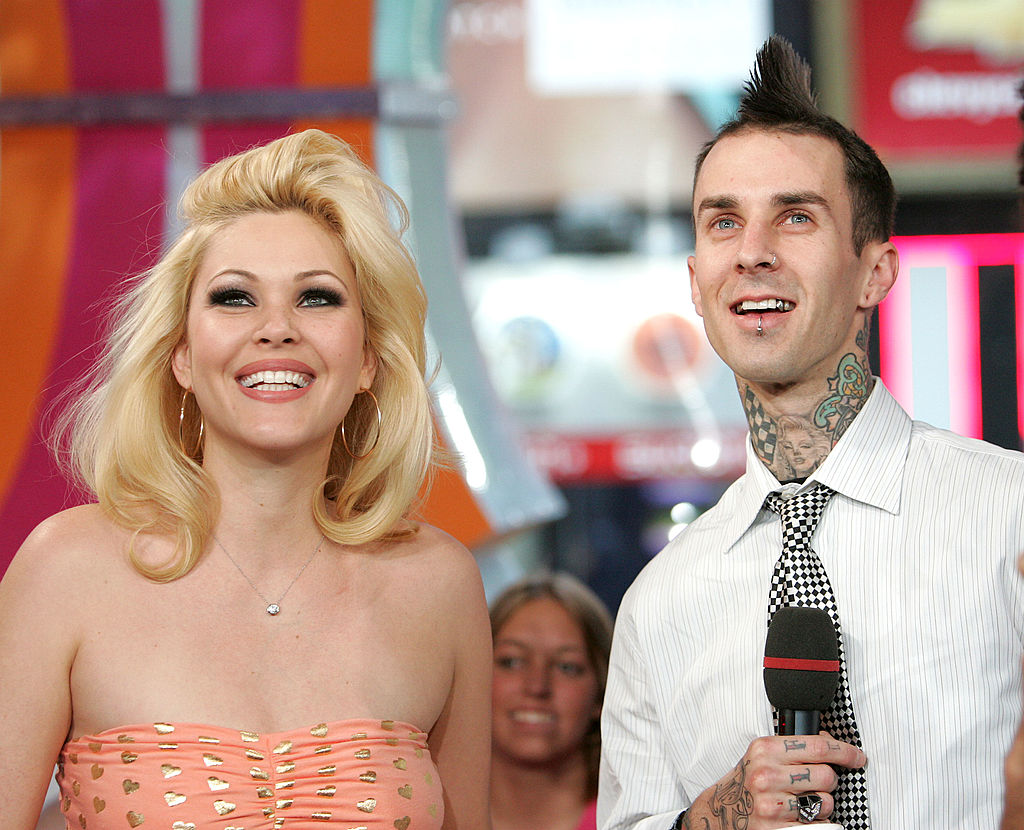 With every sultry picture Kourtney Kardashian and Travis Barker share on their Instagram, one person on the sidelines couldn't help but throw jabs and shades at the "Keeping Up With the Kardashians" star.

Barker shares two kids with ex Shanna Moakler and they co-parent together amid his relationship with the reality star.

However, in the past few months, Moakler has been making headlines for shading her ex and her ex's new girlfriend in several Instagram posts and comments.

But does that mean her relationship with the father of her kids now bad because of her not-so-subtle jabs?

According to a source who spoke to Hollywood Life, there are days Travis Barker and Shanna Moakler get along, and there are also days they don't.

"But overall, they have a pretty decent and respectful relationship most of the time."

The source added, "He will always respect her as the mother of his children and is not one to go out of his way to hurt someone or clap back on social media, so don't expect him to."

In the past week, Shanna Moakler reportedly commented a shady statement on a picture she shared of her current boyfriend Matthew Rondeau kissing her hand.

She wrote, "Unlike some people my relationship status isn't based on social media posting... I'm happy on life not on IG." Kourtney Kardashian and Travis Barker are known for posting PDA-filled pictures on their social media since going public with their relationship in Feb.

Most fans thought that the comment was directed at them.

Meanwhile, this wasn't the first time Moakler took subtle digs at the Poosh creator and the drummer. She also made headlines before after liking a comment claiming her ex "downgraded" by dating Kardashian.

However, it doesn't seem like Barker will be also posting a shady comment towards his ex pretty soon because the insider said he's not interested in stirring up some more drama.

According to the insider, "Travis tries to be respectful and kind towards all his exes." "He's the nicest guy in the world."

Though it may seem fake and extravagant to some, Kourtney Kardashian's relationship with Travis Barker is said to be real.

The same Hollywood Source revealed, "They have a lot of passion and chemistry between them."

They also added that posting the new couple posting sweet and sultry pictures on their own social media "has nothing to do with Shanna."

"The photos are real and they are very much in love."

Kardashian and Barker have been friends for years and have faced romance rumors throughout all of them.

READ MORE: Cardi B Under Fire For One Song Featured On DJ Khaled's New Album: Did She Copy Nicki Minaj?