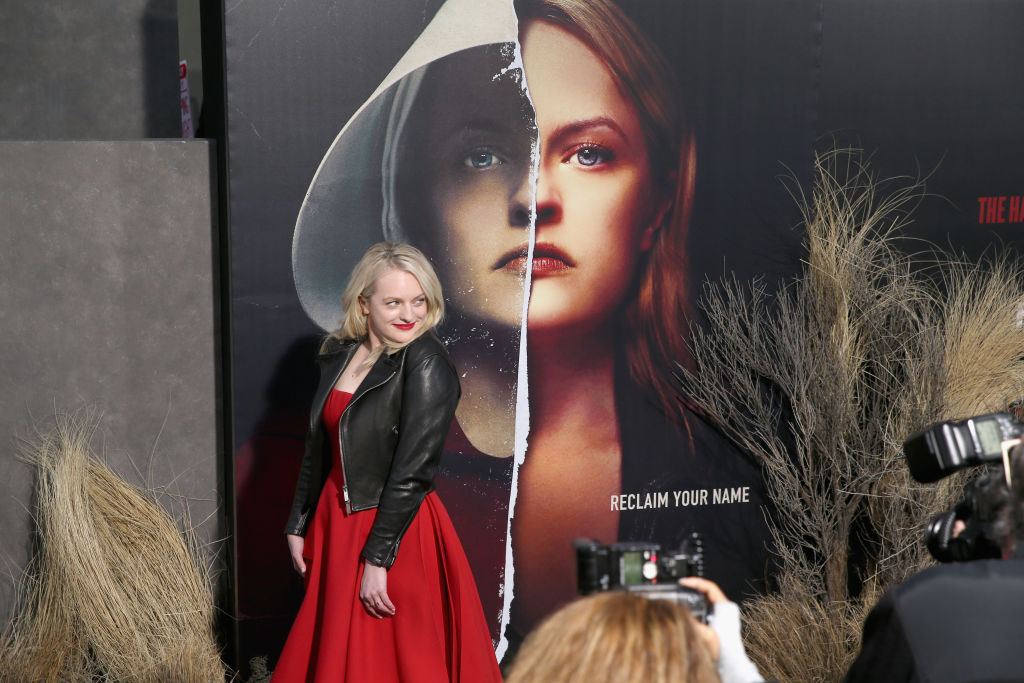 "The Handmaid's Tale" season four is airing now and despite now knowing how this season's going to end, fans will still be able to watch more of this dystopian story on the next season and its upcoming spin-off.

According to showrunner Bruce Miller, Elizabeth Moss, who plays the lead role of June Osborne or Offred, has been upgraded to a director on the fourth season.

Not only was she acting and directing on the hit Hulu show, but she is also an executive producer.

Miller recently spoke to The Hollywood Reporter revealing how the pandemic has changed his plans for the show's future. However, he also gushed about Moss.

According to him, as long as the actress is willing to continue working on the show, he will continue to do his part to keep it running.

He said, "I certainly don't [have several seasons in mind]. I always thought I did and that, I think, is a pandemic change. I thought I had a beginning, a middle, and an end - and I still feel like I very much have an end."

'The Handmaid's Tale' Sequel: What To Expect

With the fourth season running and the fifth season already renewed, Bruce Miller revealed what to expect on the sequel of "The Handmaid's Tale."

He revealed that in that spinoff, he will be featuring more in-depth stories about the supporting characters.

For instance, they had to cut a massive chunk out of Emily and Moira's "longer, more complicated stories."

He explained, "It's always heartbreaking not to be able to focus on other peoples' stories."

"That is my difficulty. I have such respect for all of those actors. I love them and like watching them work. But, the show is called 'The Handmaid's Tale' and we do focus on June."

"The Handmaid's Tale" season four is focusing on June but would also show more side of her husband Luke and Janine's backstory will also be explained.

But as previously mentioned, the story of Gilead won't end just there. Hulu has already acquired the rights to make a TV adaptation of Margaret Atwood's "The Testaments" novel which came out in 2019.

It is the sequel to her original novel released in 1985.

READ ALSO: The Handmaid's Tale Season 4: Serena Joy is Pregnant But Who's The Father?

But Will Elizabeth Moss Be in 'The Testaments?'

In "The Testaments," it will show what happened to June after the end of "The Handmaid's Tale."

Hulu is already expected to create its own story since they've already run out of material in the first season.

But the new novel has allowed the series to expand the world they have created.

And according to Miller, it's also possible that June will be part of "The Testaments."

He explained, "I'm hoping that we move onto The Testaments."

"But that it isn't as much of a numbers game of, 'When do you want to end this?' Because now I do feel like this is just the beginning of a bunch of interesting threads, so June will probably be part of those stories as well."

So straight from the showrunner himself, he revealed that he has an ending for June's story.

"Whether that comes in 'The Handmaid's Tale' or comes when we're in another show may be a question."
Miller assured that he read the novel so he know how it's going to end.

Whenever the series finale of "The Handmaid's Tale" will be with or without their main character, it surely won't be the last fans are going to hear of June Osborne.

‘The Handmaid’s Tale’ Sequel: Will June Return For ‘The Testaments'?
(Phillip Faraone/Getty Images for Hulu)