Nick Jonas Recalls BBMA Experience; Talks about The Weeknd, Ariana Grande, and Going Back on Tour

Before he took off to host the 2021 Billboard Music Awards, Nick Jonas dropped by Audacy's "Check In" with Julia to share a few stories and talk about his upcoming tour.

While this year's award show will be the first he will host, Jonas reveals that he and his brothers grew up always seeing the BBMAs. He recalls, "the first time we attended it was like a whole new world to us. So exciting."

After a quick update on his injury, Jonas told Julia about the first time he attended the award show and how it felt winning three awards. During last year, the Jonas Brothers won three awards from the event and Nick initially wondered whether there was a mistake. These three trophies have made their appearances as Nick promoted the event across social media. 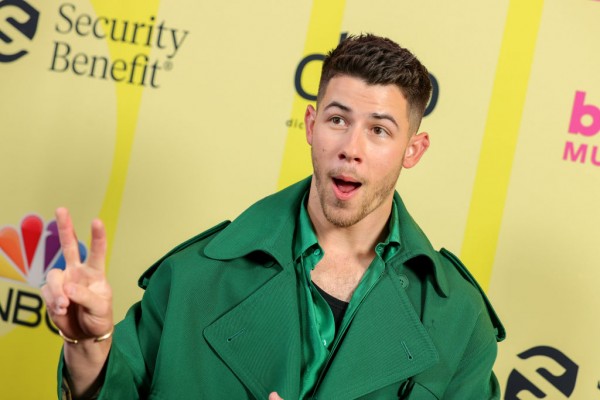 The brothers' reunion track, 2019's "Sucker," was an instant success, debuting right at the top of the Billboard Hot 100 - and their first song to do so. Nick explains that they felt that the song would break into the Top 10. However, they didn't find out just how stellar of a performance it did on the chart until their management and record label sent them a plaque that read "Sucker' #1" after their chart-topper was announced to the public.

"It was a pretty cool way to find out," Nick told Julia.

Julia then went to ask Nick Jonas about the artists appearing at this year's BBMA. "I think Olivia Rodrigo is really killing it, loving what she's doing," the "Jealous" singer began. He continued by mentioning The Weeknd, which Jonas thinks has "made one of the best albums of the last 20 years."

On Leaving 'The Voice' and Getting Back on the Road

Nick's Audacy interview also inquired about his stint as one of the coaches on The Voice. He explains that he has to constantly "keep up with what's hot and what's happening in music," while at the same time remembering the classics to find what songs work with the artists he works with. Furthermore, it has been reported that after the current and 20th season of the singing competition, Nick will be turning over his coach's chair to Ariana Grande.

"I'm so excited for her. I think she's going to kill it," Nick tells Julia enthusiastically. He adds that he loves how the show keeps its energy "fresh," continuing to evolve and changing the dynamics between coaches. And as he leaves his coach's chair to the "34+35" singer, Nick Jonas will be going on a summer tour with his brother Joe and Kevin. He eagerly told Julia how the Jonas Brothers are "ready to get back out to the fans."

For their upcoming "Remember This Tour" project, Nick assures the listeners that there will be a lot of new things to come, of course including new music that fans should "keep their eyes and ears open" to.

Additionally, he teases that they will be including their friend, country-pop singer-songwriter Kelsea Ballerini, as a special guest. "I think it's just going to be such a great time," Nick adds.

RELATED ARTICLE: 'The Voice' 2021: Nick Jonas Is Leaving But Might Come Back in No Time - The Untold Reason, According to Source

Tags: Nick Jonas Jonas Brothers Billboard interview audacy RADIO.com
© 2021 EnStars.com All rights reserved. Do not reproduce without permission.
Most Popular
You May Also Like

Priyanka Chopra's story on possible lesbian encounter unfolded on Koffee with Karan in 2014.

Nick Jonas was reportedly injured and taken to the hospital while working on a secret project, the singer was able to make it to the recent live broadcast of "The Voice" to detail the reason behind the accident

'The Voice' 2021 Kenzie Wheeler: 8 Surprising Things to Know About The Unofficial Winner

"The Voice" season 20 is not even halfway in the competition, but the coaches have already declared who's going to win, and that is Kenzie Wheeler.

‘The Voice’ 2021: Nick Jonas Is Leaving But Might Come Back in No Time - The Untold Reason, According to Source

It's bittersweet news to learn that Nick Jonas is leaving "The Voice" at the same time, exciting because he will be replaced by America's sweetheart, Ariana Grande.

Jonas Brothers finally found a way to come back, thanks to Nick Jonas' "Spaceman" album!

On Monday, NBC has revealed that "The Voice" Season 20 will be returning on March 1.

Priyanka Chopra Jonas details the racist bullying she experienced being a regular student at a American high school.

The coronavirus pandemic has really hit a toll on everybody, including the popular NBC show "The Voice."

Priyanka Chopra Ready To Give Up Career For Nick Jonas?

Nick Jonas and her equally famous wife Priyanka Chopra have completed their first year of marriage, and they are both still going strong.