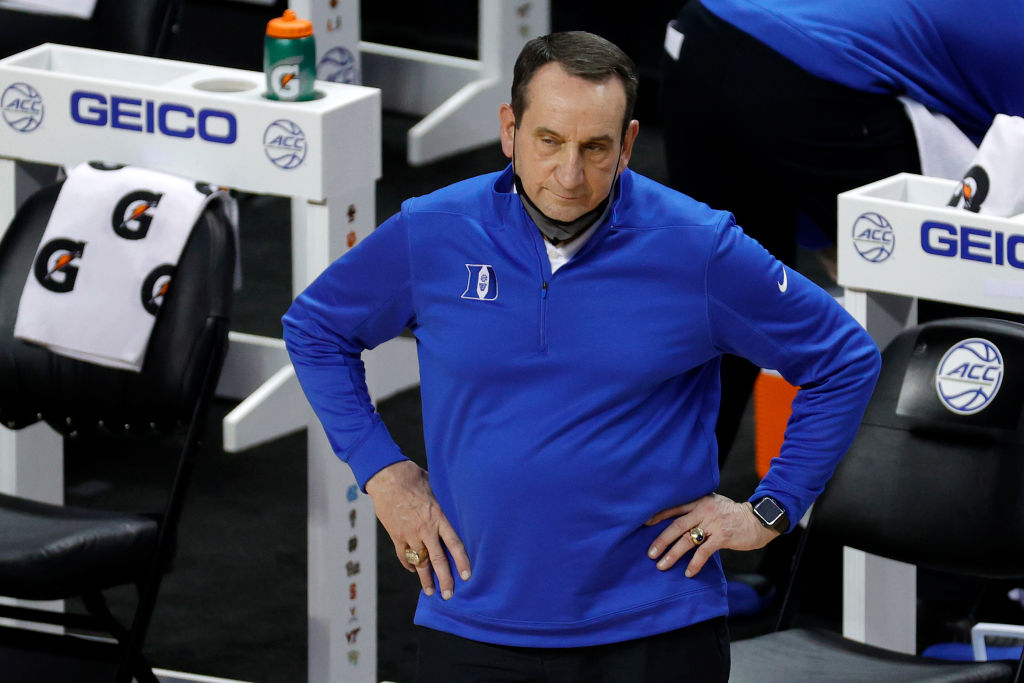 Announced on Wednesday, June 2, the Duke University team's basketball coach Mike Krzyzewski leaves the industry after working for the school since 1980.

As reported by NBC News, the 74-year-old Coach K who has tallied an "NCAA" record of 1,170 wins, this news about the retirement of the "winningest coach" in the history of men's Division I basketball did not ultimately come out of nowhere. However, that does not make the development any less jarring if only because no one else has been the same as how Krzyzewski coached the basketball team for the past 30 years.

As Basketball analyst Jeff Goodman first reported the sad news on Twitter, an official announcement is expected to be released soon from Krzyzewski and Duke University for their response.

Recalling Mike Krzyzewski As The College's Best Coach After 4 Decades

Ever since he took over the team in Durham, North Carolina, back in 1980, Blue Devils have 97 "NCAA Tournament" wins with his help.

CBS also gave a talk on this story of retirement in recent months from people at Naismith Memorial Hall of Farmer, mentioning reasons specifically that Mike Krzyzewski was motivated to leave on a high note.

The plan Duke officials have makes sense now due to Krzyzewski distancing himself from last season's disaster, which made "Blue Devils" missed the "NCAA Tournament" for its first time since 1995 while simultaneously providing him with an off-ramp just weeks after turning 75 next February.

Chris Paul Towers of CBS Sports has also tweeted how much Coach K earns per year, which is then also reported by Celebrity Net Worth, that he has a base salary of $7 Million.

Following this report, The US Sun stated in an article that he has amassed a $45 Million net worth throughout Coach K's college basketball coaching career. Adding upon his annual pay, including his bonuses, he can also receive under $10 Million for coaching.

Comparing it to other college coaches who are earning more in the basketball coaching industry, John Calipari at Kentucky is also at the top of the list making under $8 Million.

Thank you for your service, Coach K!