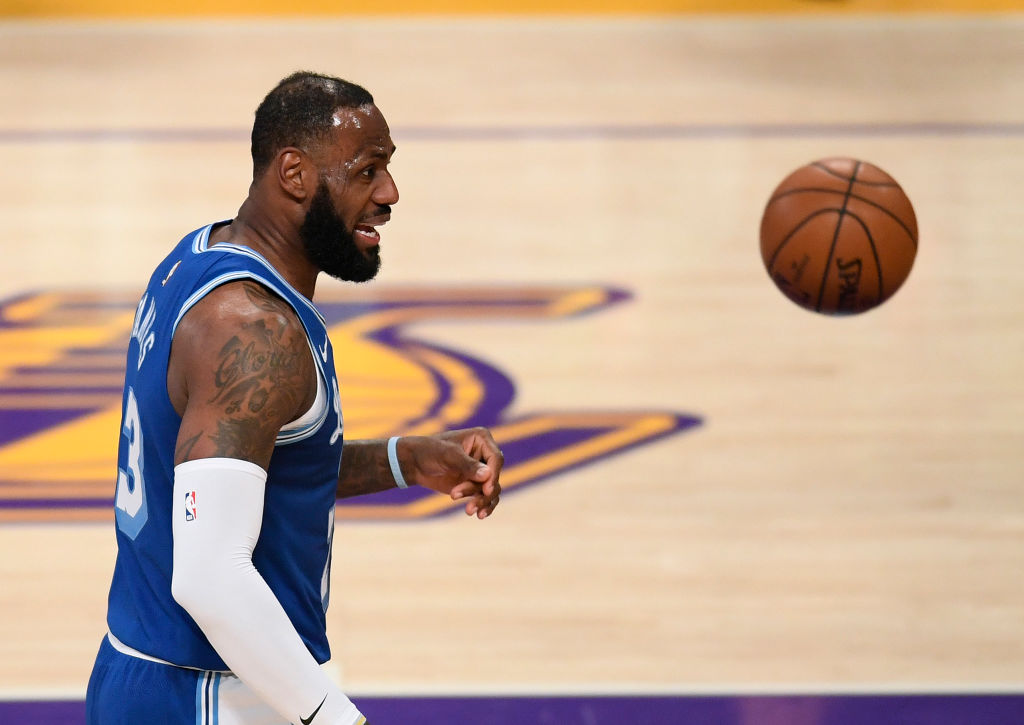 The Golden State Warriors lost at The Los Angeles Lakers with 103-100 in the 7-8 play-in matchup. Stephen Curry had 37 points on 6-9 shooting from three, while LeBron James finished with 22, including the game-winning three from 34 feet with 58.2 seconds left in the game. It was the longest three of the season for James, according to ESPN Stats & Information.

And while James secured a playoff berth for the Lakers, his performance became the top talk of the night. James, known throughout the league, put forward Oscar-worthy acting during Wednesday night's game which reached a spot in the top trends on Twitter.

The first fowl came against the Warriors' Juan Toscano-Anderson early in the fourth quarter. James attempted to draw a charge on the game, threw himself backward after slight contact, and called for an offensive foul. As they went back for the review, the referee's determined that the play was not an offensive foul but a block on James.

According to SFGate, as sitting on the bench, James points to his chin proclaiming that Toscano-Anderson elbowed him on the face. However, the replay showed Toscano-Anderson never touched James' face, and the call's reversal confirmed it.

You thought that was the end of it? Nope. James is not done showing everything he learned from his recent Hollywood acting roles for the sequel "The Space Jam: A New Legacy" of the iconic 1996 comedy.

The fourth quarter came, James went up for a layup with the Warriors' Draymond Green defending. Green, fantastically defensing the entire game, committed a hard foul on the play, sending James to the line for two free throws. James spends a good time writhing on the ground, acting as if the contact on the play nearly blinded him.

After reviewing the call to determine if Green committed a foul, it was a common foul on the floor. Netizens proceeded and mocked James' acting job on social media.

Actor of the year 🤣

As James usually does, he leaned into the supposed eye injury after the game to make his game-winning shot appear even splendid. James left an impression by saying that he puts a lot of work into the game.

With the win, the Lakers secured the seventh seed in the Western Conference Playoffs and will play the Phoenix Suns in the first round of the NBA Playoffs.